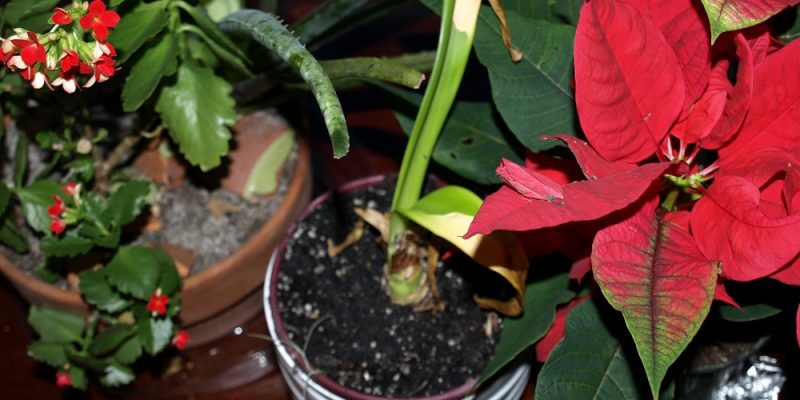 It happens every year when Christmas rolls around and people find themselves in desperate need of a gift for some random person in their lives that they don’t really know all that well. What better way from them to show that they at least acknowledge your existence than to bestow you with a huge plant? I’m sure a lot of folks ring in the New Year nervously eyeing the holiday plants that they just received. Although the hope is for it to live and flourish, there is a good chance that it will be unintentionally killed, as may have been the case with its numerous predecessors. Those with chronic black thumbs are probably the worst of the lot in this regard but even gardeners who are well-versed in plant care may end up completely befuddled by such gifts. With that in mind, I did some hunting on the internet to come up with some basic care instructions for the most commonly seen holiday plants that are out there, including Poinsettias, Christmas Cacti and Amaryllis. 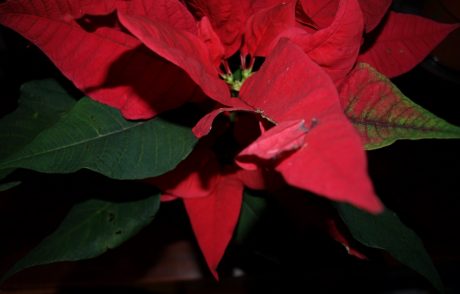 Getting these plants to bloom a second time is a subject for another article. After all, there are entire essays written on the process. I’m more interested in getting my plants to point that they will live long enough for that to be an issue. Mine always seem to do okay for about a month then mysteriously croak. I used to think it was because they dried out too much indoors but perhaps that’s not it. In fact, this article from Clemson aptly highlights just how picky poinsettias are. They like it warm, but not too warm. They like water, but not too much water. They like sun, but not too much sun. You get the gist. It’s no wonder they don’t last too long when they show up in our possession during the busiest season of the year and we haven’t got the time to coddle them.

When properly cared for, these plants can put on a lavish display of flowers. They come in a wide range of colors and are comparatively easy to look after as far as holiday plants go. I recently wrote an entire article on the subject (found here) which goes into more depth on care issues, but anyone who has ever grown these plants, including me, knows to avoid overwatering them. Perhaps the fact that they’re comparatively easy to care for is the reason that they are so hard to find. Although I spotted several at various local stores, they were either the last of the lot and not in good shape or they were priced out of my budget. Therefore, rooting cuttings from friends’ plants is probably your best bet when it comes to acquiring healthy and affordable specimens. However, I’m only going to say this once. Keep the Christmas cacti away from hungry peacocks (yes, that’s right) and all should be well.

Although these are justifiably gorgeous plants, I’m severely allergic to the flowers. My work colleagues thought I had the plague every December when, in fact, I was just reacting badly to my boss’ growing collection of amaryllises. She added a new one every time the holidays rolled around so, like a lot of unfortunate situations, things got progressively worse. I thought I’d escaped all that only to fall victim to the Christmas plant extravaganza this year when a relative gave me one. Although the specimen in question still looks rather pathetic, I’m doing my best to get it to live.

According to this article, amaryllises get along best in slightly cramped containers and they should also be treated like daffodils once they’ve finish blooming, which means that you leave the stalk and leaves on them until those parts wither away and die. Apparently, these plants are persnickety about watering conditions. Most reports have amaryllises down as being sensitive to cold temperatures but their tolerance levels are up for debate. This chart says they can handle temperatures between 25 and 20 degrees Fahrenheit, but I’d go for ten degrees above that threshold just to stay on the safe side of things. That’s still good news for those of us who can’t breathe around the blooming flowers since we can just leave them in a cool greenhouse at such times without worrying that they’ll croak. 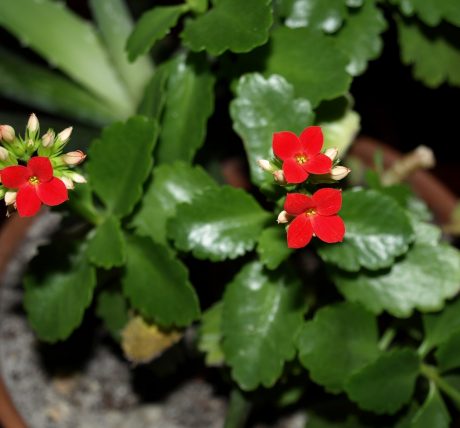 It’s very ironic that some of the plants that are most commonly seen during the holidays are finicky individuals that don’t play nice with amateur gardeners. If you find that you absolutely must give plants to random people on your gift list, why not try one that’s easier to manage in terms of care?

With all the cooking that goes on during the holiday season, someone is sure to get burned. Although it’s not very flashy, an aloe plant offers a relief for a handful of wounds, even if the person in question has a black thumb and the plant doesn’t survive for more than a month or so. For folks that prefer winter flowers, a Flaming Katy plant is a better alternative where you’ll see repeat blooms without having to expend any extra effort. These two specimens also get bonus points because they’re succulents and don’t have to be watered much, which is nice when you’ve got a full schedule and little time to be concerned with other things.

Of course, if the holiday plant someone erringly bestowed upon you drops dead, there is always next year to do better. Or the serial poinsettia killer could strike again… Stay tuned…
*cue ominous theme music*