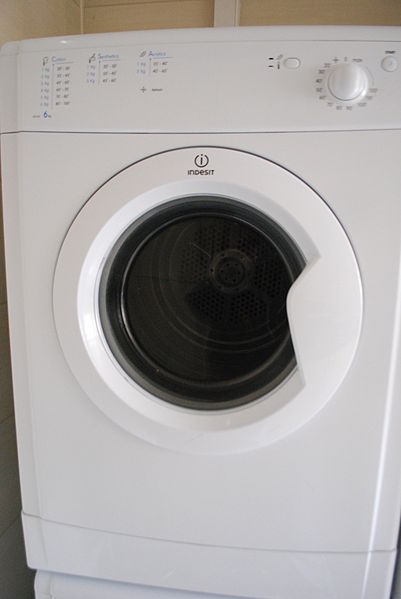 The dryer.  It’s one of those appliances that you forget about until it doesn’t work, right? Nothing is quite as bad as either running to the laundromat or ‘freeze drying’ your laundry in December because the dryer took a dump. Sure, we’ll remember to clean out the lint trap every once in a while. Hey maybe you even have a trash can next to the dryer with enough lint to make a quilt thrown in there. But another key part of maintenance that is often neglected is the dryer vent. Rarely does anyone take the vent off to prevent clogs. But that vent is a very important part of maintaining the dryer.

Heck, It’s Out of Sight – Why Clean the Dryer Vent?

The vent, you might be shocked to learn, is there to…gasp…vent the hot air out of the dryer and out of the house. Not only is the air hot, but it’s incredibly humid as it carries all the wetness from your clothes out also. It’s pretty simple if you think about it. But the vent also can carry bits of lint and fibers of fabric that are not caught by the lint trap – which can be a lot of material if you forget to empty the trap like I do.  When the trap is full, the lint has nowhere to go but into the vent. It can take a long time to accumulate a clump, but rest assured, clumps do happen, and when they do it’s no bueno for sure.

There are a couple of reasons why you should check the vent for clumps. First, it can really kill the efficiency of the dryer. A clump blocks and slows air from leaving the dryer, which results in a backup of moisture in the dryer, causing the clothes to take even longer to dry. It can also cause an accumulation of moisture in the lines (which may freeze in winter months) or inside the dryer as well, which can cause problems with rust and electrical problems. However, the greatest concern from unchecked vents comes from dryer fires. Lint that isn’t sopping wet is actually incredibly flammable. I remember a survival instructor once told me that the greatest fire starter ‘stuff’ to carry was a 9 V battery, steel wool, and dryer lint.  Works every time.  Tell you something?  A large clog that is overheated or gets hit by a spark can go up like a roller skate Barbie rolling through a puddle of gasoline. Seriously, over 15,000 dryer fires occur a year.  Check the video below if you don’t believe me. The sad thing is, cleaning a dryer vent is fairly easy.  It just takes some muscle.

Congratulations – you’ve successfully avoided letting your house catch on fire and maybe saved yourself some loot as well!