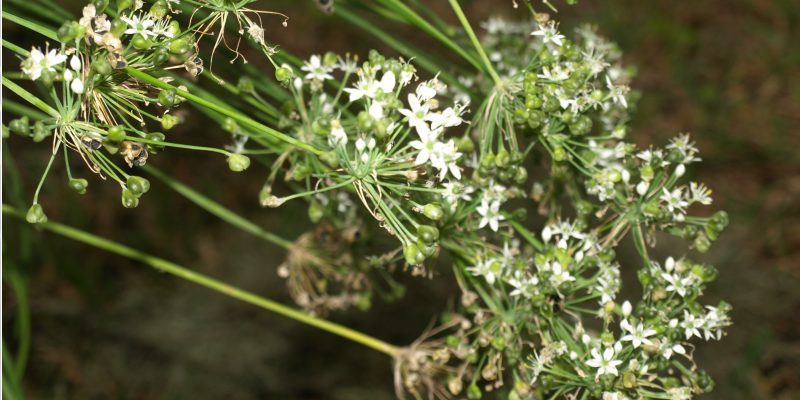 As anyone who regularly reads my gardening articles will know, I don’t often go into too much detail about the ordinary herbs that everyone is accustomed to seeing in their yard and on their dinner plate. However, these plants do make good, tasty additions to your summer or fall garden. The only thing better than growing great plants in your garden, is being able to eat them. In this article, I’ll walk you through some of the more popular herbs to grow, why they’re popular, common uses, and I’ll provide some tips on how to grow them. 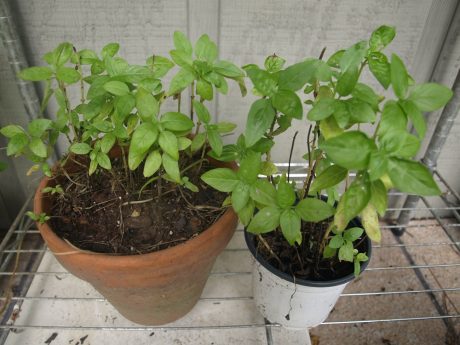 Basil, parsley, and dill are popular garden herbs despite their tragically short lives. Basil in particular hates the cold and is one of the first plants to begin looking pathetic at the onset of fall. It also is one of the last herbs to appear in the summer. Still, this plant remains an important ingredient in classic pesto, Caprese salad, and other Italian dishes. If you like the flavor, basil can even be a good, flavorful substitute for lettuce on sandwiches and in other places.

Dill and parsley are often used as garnishes: dill as that feathery thing atop your bagel and lox, and parsley as that inedible green thing that accompanies your steak and potatoes. However, these uses are merely the least of their powers. Dill is a popular ingredient in Scandinavian cuisine and it is often mentioned on lists of plants that attract beneficial insects. The seeds are also edible and are often used in pickles or savory breads.

Meanwhile, parsley contains plenty of beneficial nutrients that help outweigh its’ poor reputation. Parsley comes in the curly variety that has to be chopped up in very fine pieces to keep it from sticking in your throat or the flat leaved type that you can eat without choking on it. Most cooks recommend using the flat leafed variety for obvious reasons. In either case, dill and parsley are fairly resilient once you get them going. I even grew a huge dill plant in a pot of pure sand once, though that was an accident and I don’t recommend attempting it. This summer, my parsley plants have survived torrential downpours, powdery mildew, heat waves, and they are still going strong despite the fact that the weather is cooling off. So definitely give these plants a try if you haven’t already. 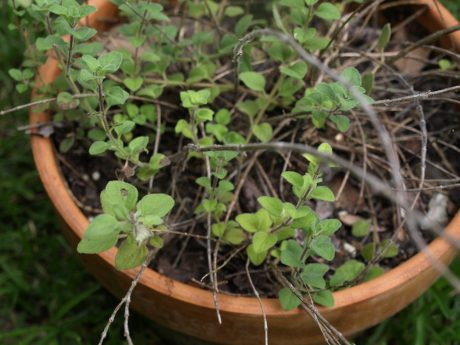 Oregano is probably the most well-known culinary herb in America because it appears in familiar things like pizza, spaghetti sauce, and cheesy bread. It is also the only item on this list that you can get on your sandwich at Subway. Of course, there are many different types of oregano. In my garden, I currently have Greek oregano, hot-and-spicy oregano, ordinary oregano, Cuban oregano, marjoram, and zatar. None of these plants are difficult to grow. They all like soils with good drainage and prefer to stay on the drier side of things. Oreganos also like warmer weather, with plenty of sunshine. Most of these plants are perennials but some species, like marjoram, are treated as annuals because the weather in a lot of places gets too cold for it to survive the winter months. 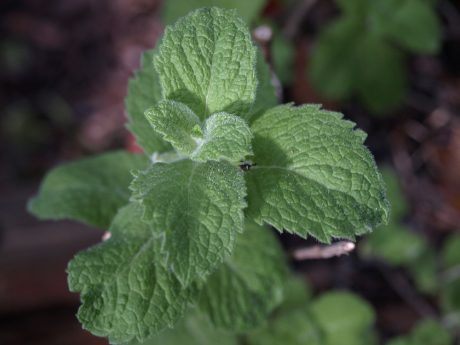 Mints are low maintenance herbs that often smell like toothpaste. Members of this family generally have plans for world domination but can be subdued by being kept in containers. Given plenty of water and some shade, mints are rather easy to grow. (See a trend here?) Unfortunately, they don’t get as much use as other herbs so it’s hard to eat them up before they take over the yard. Yet there are plenty of ways to banish this silent but deadly force: chopped mint goes on peas, dried mint goes in tea, mint jelly goes on pork chops, and mint juleps go in human beings. 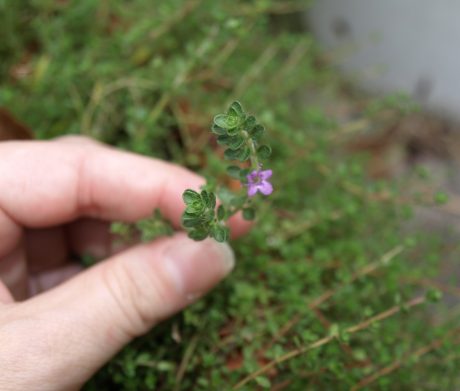 Thyme is a herb whose manifestations and uses are many. For instance, creeping thyme makes an excellent, fragrant ground cover and crushed lemon thyme is said to repel mosquitoes. (Given the amount of bloodsuckers in my yard, I have to roll in the stuff for it to have any effect). These plants also have plenty of culinary uses. Thyme goes well with chicken and fish and it is often a component of spice mixes. Like members of the oregano family, thymes typically require full sun and drier soil than most plants. This is definitely true of common thymes (Thymus vulgaris) but I’ve discovered that lemon thymes (Thymus citriodorus) can get along fine in bright shade, at least during the summertime in warmer regions. In my experience, regular thyme tends to be shorter lived than the lemon types and it’s not as useful, so you probably want to start with lemon varieties. 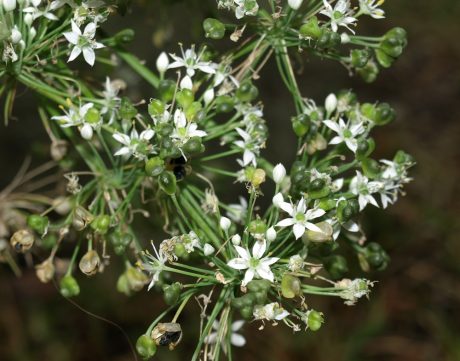 Chives make up for the fact their lack of variety with their importance in the garden and in the kitchen. These herbs are incredibly easy to grow, relatively pest-free, and incredibly long-lived if they are divided every few years. I have a clump of garlic chives that is over 6 years old and still going strong. All you really have to do is make sure that they stay watered in the summertime and that they don’t escape from where you wanted them to be. Chives are one herb it’s hard to do without in the kitchen as they appear in everything from fancy soufflés to the humble baked potato. The flowers are even edible. The pink ones (regular chives) can be a hard swallow but the white ones (garlic chives) have a flavor that is both sweet and oniony. Garlic chives get bonus points for being one of the few fall blooming plants and attracting butterflies to the garden. They are also a good habitat for the lizards that like to snack on the butterflies, as I found out earlier this month. 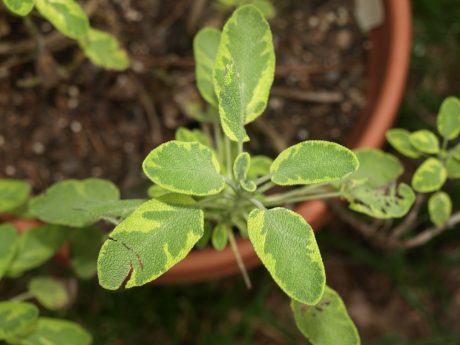 Although sage can be found in stuffing, it’s also great in a wide variety of soups and stews. Fried sage leaves are also a popular enough recipe to merit a mention in many garden based cookbooks and blogs but I eat enough things fried that I don’t really want to start a new, unhealthy addiction. Of course, my family loves this somewhat healthier recipe for bacon wrapped pork loin with sage leaves.

This specimen is yet another easily grown Mediterranean herb that naturally likes drier soil and warmer weather. It can be relatively long-lived if you take good care of it. However, sage has to be transplanted as soon as it outgrows its container because cramped roots appear to hasten its demise. You’ll also want to be careful about overwatering it. Less is more in this case. I have found the green and yellow leaved cultivar (Icterina, I think) to be an especially long-lived type. The Israeli sage also did well for several years but was killed off due to the particularly wet and humid summer weather we’ve had this year. Both of these cultivars are fairly decorative and they make good garnishes for various entrees, so you may want to add one or both to your garden next year.

Did we miss any of your favorite herbs for the garden? If so, share away in the comments below. And, bon appétit!