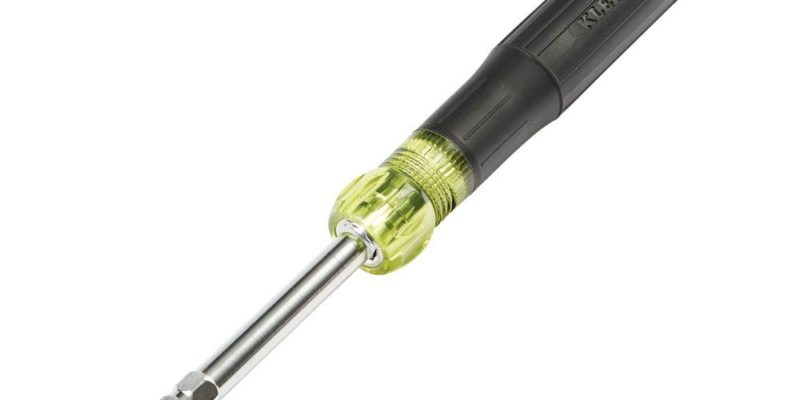 It’s empowering to be a handy individual who undertakes repairs and upgrade projects on whatever type of dwelling they reside in. That’s probably one of the reasons why you’re reading Home Fixated right now. As well, the ability to fix things you own (rather than buy new) is really powerful. It’s interesting, then, to hear building news about the “Right to Repair” movement. Basically, it seeks legislative assistance to ensure that consumers are able to fix the things they own. This comes after pushback from some manufacturers that sought to fully control the parts, instructions, and ability to fix their products. As consumers and Home-Fixators, we can hold out hope that we’ll be able to fix things ourselves for the foreseeable future.

Anyway…where was I going with that? Ah yes, fixing things. To fix things, some of the most bedrock tools you’ll need are screwdrivers. Klein screwdrivers are well-known in the industry for being ergonomic and tough. Lucky for us, they’ve recently released the #32717 All-in-1 Precision Screwdriver Set and the # 32314 14-in-1 Precision Screwdriver/Nutdriver. Both of these would be useful for fixing the small electronic devices that are sometimes in the middle of the “right to repair” debate. In this post, we’ll learn more about these two new products and how they could benefit your toolbox.

Speaking of the right to repair, a company that occasionally gets flack for limiting repairability is Apple. However, with the new #32717 Klein Precision Screwdriver set, the repairability of Apple products become that much more achievable. That’s because, amongst 39 different bits, some are meant for Apple products. So, in addition to being able to install fresh button-cell batteries in your kid’s toy train, you’ll also be able to fix your spouse’s iPhone after they destroy yet another battery while binge-Pinteresting designer pillows.

In addition to the wide selection of bit types, this Klein precision screwdriver set has some other great features as well. It includes powerful magnets inside the barrel for bit and fastener retention, a spin cap for precise control, cushion grip handles for comfort and a tough & compact carrying case.

The second of the two new Klein precision screwdriver releases is the #32314 14-in-1 driver. It’s a close cousin to the #32717 above, but with a few key differences. Instead of 39 bits and a case, it only has 14 – but they’re all contained within the tool itself. As well, the hex-shaped cavities that the bits and bit holders nest into can be used as nut drivers. For commonly available fastener driver types, this is hugely convenient, as the screwdriver itself is compact. Perfect for a shirt pocket or something.