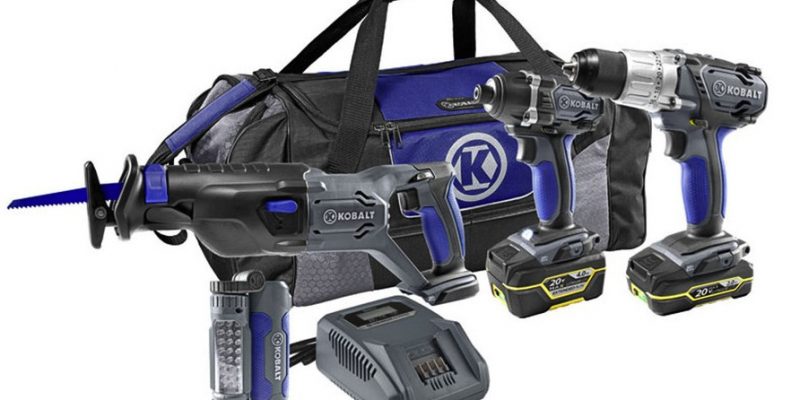 If there’s one thing I like, it’s a good deal on a good tool. That always seems like a tough match up when it comes to cordless tools. If they’re cheap enough for me to afford, they often end up in the trash when they break down. If they cost too much when I buy them, I’m sometimes afraid to use them too hard because of the high repair costs if they break down. It’s a cordless tool conundrum that’s always made me wary when buying cordless products, especially a combo kit. At least, that was until I met the economic cordless powerhouse they call the Kobalt Combo Kit, packed with four of the most useful 20-volt tools.

I’ve passed on a lot of cordless tool combo kits. That’s because it always seems like you don’t get enough good tools in the bag to justify the high price of the combo kit. I’m also not that fond of the cutting tools that are sometimes offered with the kit. It’s hard not to laugh at a framer using an underpowered battery powered circular saw to cut through a thick sheet of plywood. But that’s just my opinion and I’m sure if I was in a pinch, I’d ignore the howling laughter and break out the mini-circular saw to cut a few studs.

So, when I saw that there was a reciprocating saw in the bag, I was excited. And when I found out all the tools were powered with a 20 volt battery, I knew that it would be a sweet deal. Then I read the manifest further and discovered that there’s also an impact driver, a drill and an LED light. I was already starting to be impressed. But when I saw the retail price of just $299, I thought “it’s just too cheap to be worth it.” I knew I had to review this Kobalt combo kit for myself and see whether this batch of tools was worth the three Benjamins or not. Lowes sent the kit our way to review, so read on for my impressions.

It’s no secret that every single combo kit in the history of the universe (almost) has a cordless drill and a flashlight. I guess that’s because they think you’re going to be doing a lot of drilling in the dark. The Kobalt 4-tool 20-volt lithium ion cordless combo kit is no different. It has the Kobalt Li-ion ½” drill/driver with a 2-speed gear box that delivers 455 in-lbs. of torque. Not bad! It also has a flashlight that sports a 24 LED array that swivels 180 degrees on the neck and 270 degrees on the head to point the bright white light just about anywhere you need, and all hands free.

I really liked both of these common combo tools right away. I took the light in the closet and decided; wouldn’t it be funny to do some drilling in the dark? I took the drill inside and gave the trigger a quick tug. That’s when I saw the LED light in front of the drill come on. It was pretty darn bright and I could have used the drill in the dark by itself without the big LED work light. But what fun would that be?

Ask Me About Your Combo Kit Accessories

The other two tools – the impact driver and the reciprocating saw, make this combo tool kit worth the $299 alone. The powerful impact driver provides 1,550 in-lbs. of torque and really powered home the screws I tested. It even helped to break loose a couple of rusty screws from a pool cage without a care in the world. It’s got an LED light on the front like the drill; I could only guess as to its level of brightness – I didn’t have any pool cages to repair in the middle of the night. However, this cordless model would have been a better choice for this guy.

The reciprocating saw blazes through just about anything I could put under its teeth. I really like the tool free blade changes. My older reciprocating saw is a pain to change the blade out on because the blade plunger has to be fully extended to reach the release switch for the blade. With the Kobalt, you can flip the switch and change the blade no matter where the plunger head is sticking out of the saw. Best of all, the reciprocating saw (and all of the other tools in the kit) are backed by Kobalt’s 5 year hassle-free warranty so if something does go wrong, you can get it replaced or repaired without a big fuss.

Juice Me Up with the Kobalt Charger

The kit also comes with two 20-volt Li-ion battery packs; one compact and one extended run time. I really like that idea. I’ve had troubles with battery packs that are too fat in the past. I have a Makita 18V drill that has a beefy battery pack. It always ends up getting in the way – you often can’t put it between studs and other tight fitting places very well. Kobalt lets you get thin with the compact 20 volt. If you need more power, but could care less about space, just switch it out with the extended runtime battery and get to work longer.

I also was really impressed by the battery charger. I’ve always liked the new digital battery chargers that have a timer. They do a good job at charging and make quick work of the job. But more often than not, when you get a cheap cordless tool combo kit, you end up with a crappy charger. Kobalt bucks the trend and provides a charger that has a lighted LED display and a handy countdown timer.

For the impressively low cost of just $299, you get four solid tools, two battery packs, a decent charger and a nifty carrying bag to put it all in. I’d say that for the cost and the quality of these tools, it’s well worth the investment. Whether you’re a full time carpenter or you’re just a hobbyist or DIY weekend warrior, you can be sure you’re going to like the Kobalt 4-tool 20-volt Li-ion cordless combo kit as much as I do. It’s a great value. 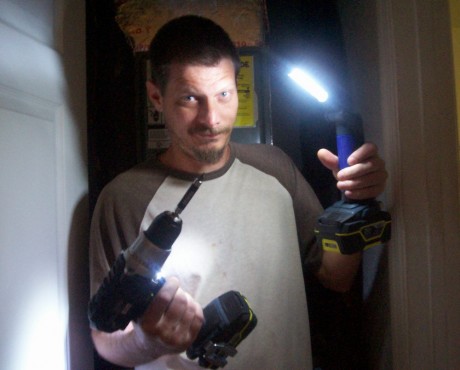