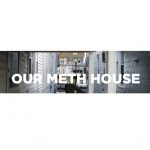 Don’t let likable Bryan Cranston, the actor who plays meth cook Walter White on AMC’s Breaking Bad, fool you. The methamphetamine industry is one that should be avoided at all costs. Unfortunately for one couple whose story was recently featured on CNN, any of us could be unknowing victims of this drug – including new home owners.

Jenn Friberg and Rob Quigley bought their first home, a charming 108-year old outside Philadelphia, Pennsylvania this past March. They did all the right things and had an inspection before finalizing the purchase. However, soon after moving in, they noticed they were getting headaches, sore throats and having breathing issues while at home. The strange health issues made sense when one of their neighbors revealed some news: the old owners had been running a methamphetamine operation in the home.

Meth is a nasty drug that can quickly destroy lives and health. The process of making it creates fumes and residue that stay and stick to a home’s surfaces and are easily breathed in by occupants. Hence the health issues experienced by Friberg and Quigley. The cost to fully get the toxic chemicals out of their home is an expensive process – one the couple expects will cost them at least $25,000. In the meantime, they’ve had to move in with relatives.

In the past, we’ve provided you with advice to always get a home inspection. Checking to see the house has traces of meth cooking isn’t a standard thing that most inspectors look for, unfortunately.  While there are a few inspectors who have started to get trained and certified to include this service, many future home buyers will have to take matters into their own hands in checking a home’s possible prior life as a drug house.

Some suggestions include doing a web search on the address – to see if it’s been in the news, in any police communication or listed in the U.S. Drug Enforcement Administration’s National Clandestine Laboratory Registry. Friberg and Quigley also posted the following warning signs of a meth house on their blog Our Meth House (much of which may be handier for neighbors than people looking at an empty home):

Here are some things to look for in identifying a meth lab:

* Unusual, strong odors (like cat urine, ether, ammonia, acetone or other chemicals).
* Renters who pay their landlords in cash. (Most drug dealers trade exclusively in cash.)
* Lots of traffic – people coming and going at unusual times. There may be little traffic during the day, but at night the activity increases dramatically.
* Excessive trash including large amounts of items such as: antifreeze containers, lantern fuel cans, red chemically stained coffee filters, drain cleaner and duct tape.
* Unusual amounts of clear glass containers being brought into the home.
* Windows blacked out or covered by aluminum foil, plywood, sheets, blankets, etc. 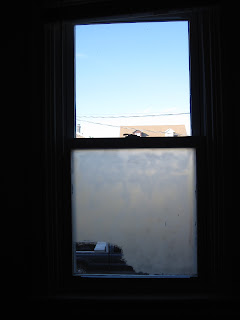 ours were “blacked out” with spray frost

Ugh. We hope none of our readers ever have to go through that. While we hate to create paranoia, it may be worthwhile to add these tips to your house-hunting checklist.