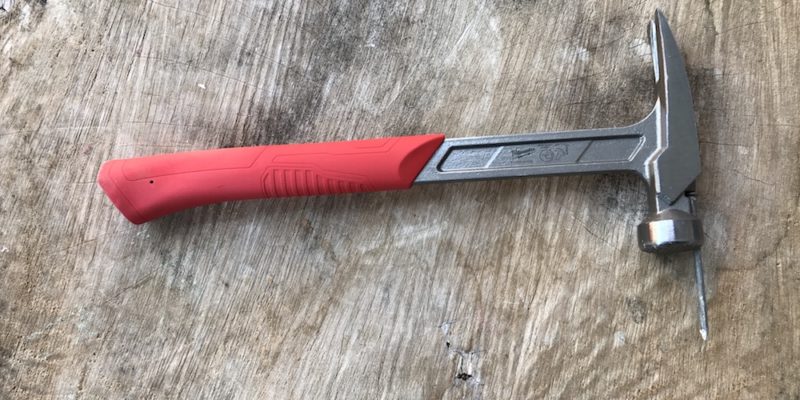 Want to get a good argument started? Go to a job site, and ask a group of framing carpenters “What’s the best framing hammer?” You’re likely to get a variety of responses, including Estwing, Stiletto, Hart, Dalluge, Vaughan, and any number of others. Carpenters tend to be picky about their framing hammers, and with good reason: they rely on them daily, for tasks ranging from demo to pounding sinkers. Recently, the folks in Red decided to join the fun. They sent us a Milwaukee framing hammer from their new lineup. We’ll take a look at it, and see if they have a chance to claw their way into this new market.

“Beefy” was the first adjective that came to mind when I first saw the new Milwaukee framing hammer. Milwaukee used a steel I-beam handle design that looks like it should hold up very well to typical job site abuse. The handle is covered by a SHOCKSHIELD™ grip, which Milwaukee claims provides best-in-class grip durability and vibration reduction. Here’s the list of specs and features from Milwaukee:

The Milwaukee framing hammer we received is the 22-oz. milled face version, model 48-22-9022. The 22-ouncer also comes in a smooth-faced version, model 48-22-9023. Prefer a lighter hammer? The Milwaukee framing hammer is also available in a 17-oz. model, with either a milled face or smooth face. What – still not satisfied? There’s one more option: a 19-oz. version, with a poly/fiberglass handle and a baby-smooth face.

Get A Grip On The Milwaukee Framing Hammer

The Shockshield cushioned handle on the Milwaukee framing hammer feels comfortable in my hand. It’s also much more grippy than the harder, fairly slick handle on my old Estwing, which I’ve had for over 40 years. The handle angles down a bit and widens at the end, which makes it less likely to be involved in an unintentional stupid flying hammer trick.

The big claim for the Milwaukee framing hammer lineup is reduced vibration; Milwaukee claims up to 10X less peak vibration than its competitors. I’m particularly interested in that feature, as I’m apparently developing some carpal tunnel issues. It seems several decades of swinging a hammer have caught up with me. Or, in an ironic twist, possibly it developed from a few years at the keyboard, writing about hammers and various other tools.

In any event, I performed my own, totally unscientific test, pitting my trusty old Estwing against the upstart Milwaukee framing hammer. To make it more “apples to apples,” and add yet another color to the mix, I decided to also pit Shockshield against IsoCore, which is Fiskars new anti-vibration platform. Fiskars claims IsoCore reduces shock and vibration up to 4X; we’ll take a more in-depth look at the Fiskars hammers soon.

Overall impressions? The Milwaukee framing hammer and the Fiskars framing hammer were definitely more comfortable to hold, and easier to hang onto, than the Estwing. The Fiskars has more cushioning, and is even more grippy than the Milwaukee. The magnetic nail starters on the Fiskars and Milwaukee hammers both worked very well; that’s a great feature, and I recommend you look for it in any hammer you’re considering.

I don’t have any tech gear capable of measuring vibration. All I can do is discuss perceived vibration, which is another way of saying it’s all about the feelings. I’ll try not to get too emotional. I started out with the Milwaukee framing hammer. It felt good, and sank all the nails with ease. Next up was the Fiskars framing hammer, since it was the other hammer with an “anti-vibration” feature. It also did a good job sinking all the nails, and if there was any difference in the amount of felt shock or vibration, I didn’t notice it.

Last up was the Estwing framing hammer. As usual, it did a great job sinking all the nails, which is why I’ve stuck with it for so many years. After a few swings, though, I started to notice pain in my wrist and lower forearm. When I switched back to either of the other hammers, the banging didn’t affect my wrist nearly as much. Clearly the anti-shock/anti-vibration features worked on both the newer hammers.

Could I tell the difference between the 10X Shockshield and the 4X IsoCore? Not really. If you swing a hammer on a regular basis, though, some type of vibration or shock control should definitely be on your list of must-have features.

I used the Milwaukee framing hammer quite a bit over a period of a few months. I really enjoyed the more comfortable grip, and I found I also like the straighter claw better. And did I mention I really like the magnetic nail set?! I won’t be parting with my old Estwing; we’ve got too much history. But in deference to my deteriorating body, the Milwaukee framing hammer has become my daily driver for all my framing chores.

Did They Nail It With The Milwaukee Framing Hammer?

As I mentioned in the opening paragraph, the “best hammer” is in the eye – or hand – of the beholder. A hammer that feels perfect in my hand might feel too big, or too little, or too heavy, or too light, or too soft, or…you get the idea. When you’re looking for a new hammer, framing or otherwise, nothing can take the place of seeing how it feels in YOUR hand. Having said that, the Milwaukee framing hammer feels good in my hand, and I wouldn’t hesitate to strap it on every day. The only change I would make would be to get the smooth-face version. That’s more what I’m used to, and it’s more versatile, because you can also use it on trim without pulverizing the surface. 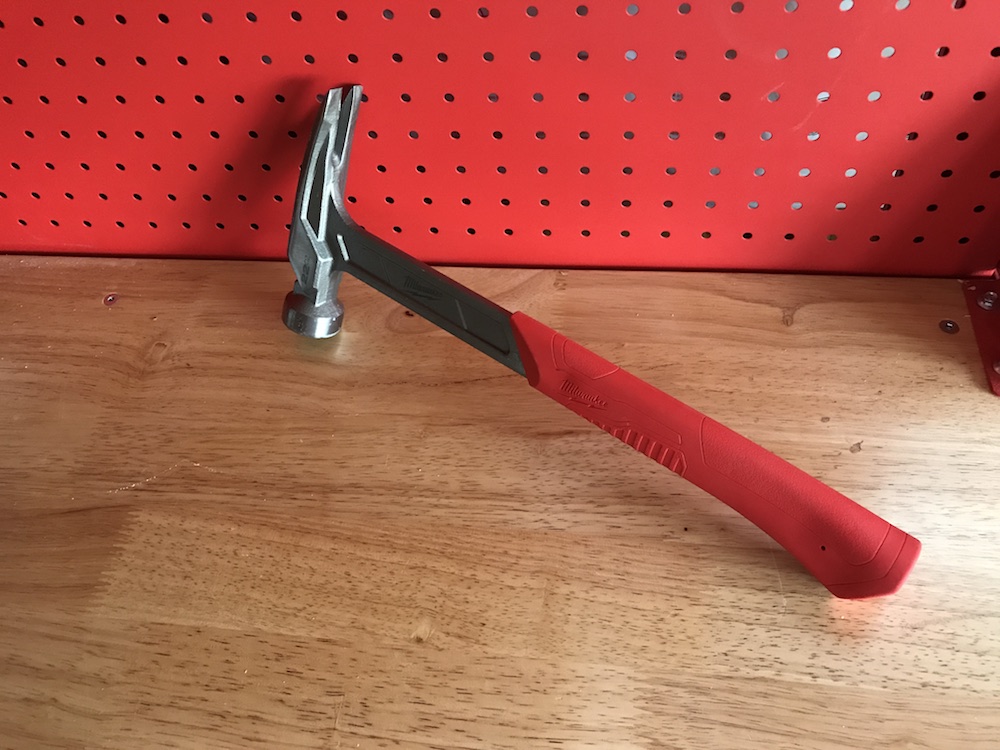