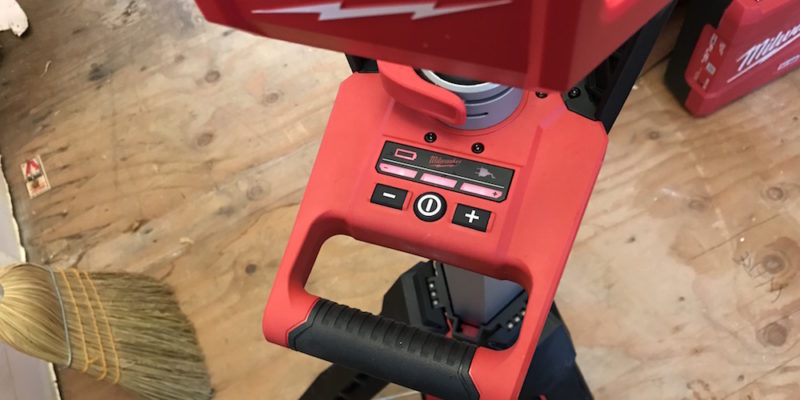 Since many job sites are dank, dim spaces, and using power tools in the dark is a good way to earn yourself a Darwin Award, it is often necessary to set up some kind of site lighting. The typical choice for this task is some sort of halogen work light. These lights are relatively cheap, readily available, and come in various configurations, from small units to large lights mounted on tripods. Halogen lights have a couple of drawbacks, though; they feel like little space heaters, and they need to be plugged in, which can be a problem on a crowded job site. Luckily, one of the many bright spots in the current quest for a cordless job site is the category of cordless LED lighting. The folks in red recently came out with a line of battery-powered job site lighting, and they launched a Milwaukee Rocket LED Tower Light our way to evaluate.

Designed to light up a fairly large work space, the Milwaukee Rocket is a collapsible tripod with three independent light heads on top. On its highest setting, the Rocket can crank out up to 3,000 lumens of high-definition light. The height can be adjusted from 4’ – 7’, and the light heads can be aimed in the same or multiple directions. Here are the features and specs from Milwaukee, followed by an overview video of their cordless lighting options:

Launch Prep for the Milwaukee Rocket

Milwaukee claims the Milwaukee Rocket can be set up in five seconds. They speak the truth. When the light is in its collapsed position, you just press a button by the carry handle. Sliding the handle down extends and locks the beefy tripod legs in place. Now just extend the head to the desired height, and lock it there with the clamps.

When you’re finished being illuminated for the day, just reverse the process. The light heads tuck into a recessed area in the top for protection. Then just release the clamps, slide the head down, press the button by the handle, and slide the handle up. The unit is about 3-1/2 feet long when collapsed, and the handle makes it easy to lug around.

One of my favorite features of the Milwaukee Rocket is its ability to run off AC power if it’s available. Just plug a standard extension cord into the integrated port near the bottom of the tripod. And in an example of what happens when manufacturers listen to end users, when the light is plugged in, IT WILL CHARGE YOUR M18 BATTERY! This may not sound like a radical concept, but you’d be surprised how many dual-powered tools can’t charge the battery when they’re plugged in.

The Milwaukee Rocket Sheds Some Light

Once the Milwaukee Rocket is set up, firing it up is pretty intuitive. Slide any M18 battery into the appropriate space, or plug in an extension cord – or both. A push button turns the light on and off, and buttons labeled + and – toggle the light brighter or dimmer. According to Milwaukee, low power yields 900 lumens, medium gives you 1,700, and high cranks out 3,000 lumens.

Although the Milwaukee Rocket will run using any M18 battery, lighting those LEDs draws some power, so bigger is better when it comes to battery size. When I timed it with a 5.0 Ah battery, the light ran for 2 hours and 10 minutes on high. Switching to a High Demand 9.0 Ah battery, the light stayed on for 3 hours and 45 minutes. About five minutes before conking out, the light blinked a few times with both batteries. This is an excellent warning that dark times are coming.

Now just tell that light where to go. The lights start out pointing straight up, but they can independently be aimed outward or downward, or any point in between. You can also swivel the entire head to point in the same direction, if you have something that really needs a good blast of light.

LEDS Get To Work!

I tried out the Milwaukee Rocket on several projects, in light conditions ranging from “I could use a bit more light” to “where the hell’s the door?” As part of a renovation of an old farmhouse, we are installing new windows, all of which need to be stained and polyurethaned. It’s not a very enjoyable task; if you doubt it, stop by – we still have to do all the windows for the first floor. It’s made even less enjoyable if you can’t see what the heck you’re doing.

Some of the staining was done in the garage, where the light was fair but not great for seeing the details. Getting the Milwaukee Rocket set up was a big help in lighting up the shadowy parts of the project.

We also did some of the staining in a bedroom that was in the renovation process, and which had no overhead light. The light, needless to say, was poor, until we got the Rocket on the job. Since we had power available, we plugged it in. While we were at it, I unplugged the light while it was on, and it switched automatically over to battery power. This is a nice feature – if someone inadvertently knocks your extension cord out of the socket, or unplugs it so HE can get power, you won’t find yourself in the dark.

I also used the Milwaukee Rocket in the same room to work on relocating some electrical boxes, and while installing some nailers, as we were lowering the ceiling. The ability to get the light to the exact height I wanted made it easy to see what I was doing, and I had all the light I needed, even using the lowest setting. When it got dark out, I cranked it up to full power. I lit up the wall with two heads, and had one shining on the miter saw.

The final test was my personal favorite. I love to cook on the grill, and do it year ‘round. In the winter months, when it seems to get dark around 2 p.m., seeing what I’m doing can be challenging, and I usually work my meat-charring magic with a flashlight in one hand and a fork in the other. I set up the Milwaukee Rocket, and all was illuminated, with perfectly-done steaks as my reward. The neighbors probably wondered what the hell I was up to, but mostly I think they were just jealous…

Is The Milwaukee Rocket Right For Your Space?

I really like the Milwaukee Rocket. It appears Milwaukee put a lot of thought into the design, it’s simple to use, and it works great. The light is very sturdy when it’s set up, but if it happens to get toppled by an errant 2X4, it’s rugged enough to survive the fall. Try it with a halogen light, and you’ll be picking up shards of hot glass. The Rocket is also IPX4 rated, meaning it should survive a rainstorm and still be able to light the site. The Rocket scientists at Milwaukee are confident enough in the durability of the light to back it with a five-year warranty.

If you frequently work where access to power is spotty or nonexistent, the convenience of a cordless LED light is great. When you add the option to use AC power when it’s available, that’s a winning combination, and the ability to charge any M18 battery sweetens the deal. At almost $400, the Rocket isn’t cheap, but if you need a durable, high-quality light, the Milwaukee should give you years of service. The Milwaukee Rocket LED Tower Light is available as a bare tool ($400-ish) or in a kit with a high-demand, 9.0 Ah battery and a carrying case ($550-ish). Get one from Home Fixated Sponsor Ohio Power Tool and launch some lumens! 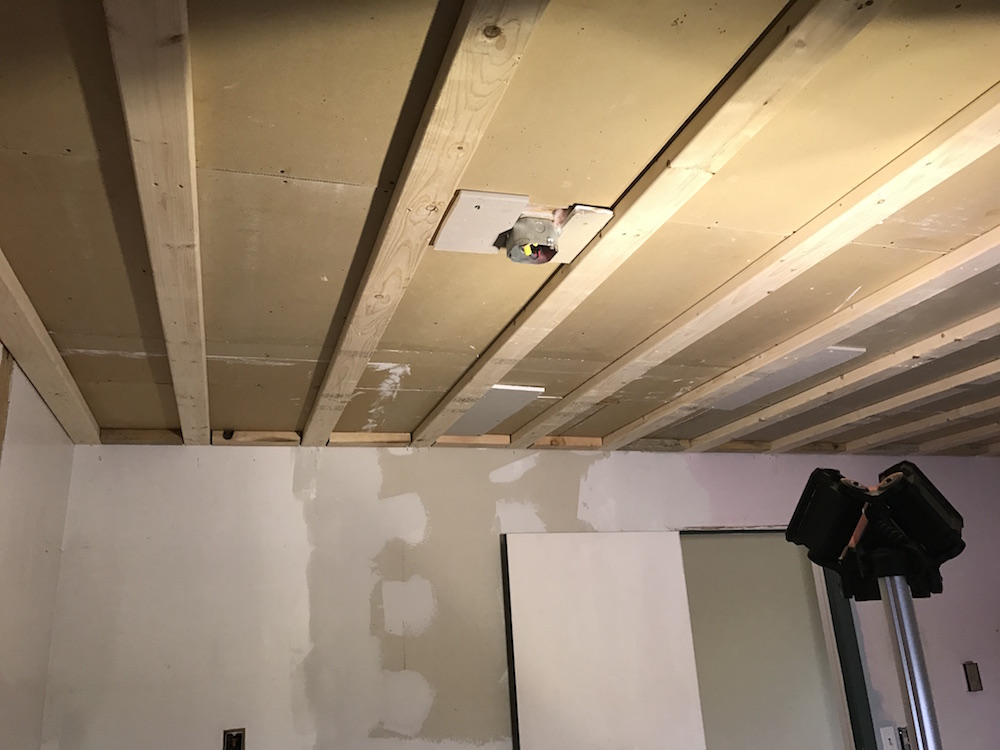