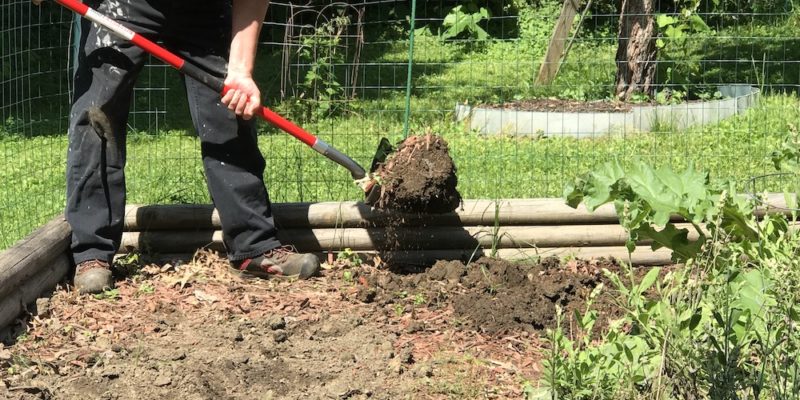 Other than perhaps a drain snake, it’s hard to think of a less-glamorous tool than the shovel. When it’s time to pick one up, it usually means hard work is in store. Or an even worse fate, if you happen to own horses or other large critters. I’ve shoveled my share of dirt, gravel, and other less-pleasant substances over the years, and there are definitely differences in quality from one shovel to the next. They’ve all had the same basic design, though, and when the folks at Root Assassin offered to send us a shovel with wings, we were intrigued. Join us as we dig in and take an unflappable look at the One Shot Shovel.

Sadly, the wings in question aren’t capable of flight. They are capable of helping you get your chores wrapped up more quickly, though, so you can head out for cold beer and hot wings, which are likely to be MUCH tastier. Originally designed to make sod removal faster and neater, the upper half of the business end of the One Shot shovel extends forward, forming “wings,” and the top of the blade is folded forward. This allows you to pick up quite a bit more material, without having it all topple back off onto your tootsies or prize petunias.

The upper portion also provides a much larger support area for your foot as you push the blade into the ground. It’s much easier on the sole of your foot than the standard 1/8” or so blade on most shovels. It also makes the already-beefy blade even stronger; the One Shot shovel seems capable of lifting whatever YOU’RE capable of lifting. Here are the specs from Root Assassin, followed by a two-minute demo video on the One Shot shovel, which apparently started its life with the Superhero moniker the Earth Mover:

Dishing The Dirt With The One Shot Shovel

As it happened, the One Shot shovel winged its way to HomeFixated’s East Coast headquarters just as we were about to prep a small garden for planting. With my wife’s blessing and encouragement, I grabbed it and headed out to make the dirt fly.

Even with its heavy-duty blade, the One Shot shovel doesn’t feel overly heavy, thanks to its fiberglass handle. The folks at Root Assassin strengthened the connection between the handle and the business end by inserting a 6” composite plug.

The shovel is very nicely balanced, and the two rubber grips on the handle add a bit of comfort. I like the fact that you can reposition the lower grip to get better leverage, for users with longer or shorter limbs. It also helps keep the shovel from slipping, on the off chance you sweat when you’re shoveling tons of dirt or whatever.

I dug right in to the garden bed, and started turning over the soil and breaking up the clumps with the shovel blade. The lip/wing/shelf/whatever on top of the blade is great; I was able to put a lot of down force on the shovel without feeling any discomfort at all in my foot. The One Shot shovel performs as advertised; it picks up a whopping amount of dirt with every plunge.

After about 15 minutes of semi-strenuous work, I had dug up and turned over all the soil in our small garden. Unfortunately, in the spirit of “No good deed goes unpunished,” my wife had the brainstorm that I should continue the evaluation of the One Shot shovel by using it to spread a truckload of mushroom manure over the garden and elsewhere. Ah well, happy wife, happy life…

Ready To Give It A Shot?

To paraphrase what I said earlier, shovels aren’t the sexiest tools in the shed. When it comes time to move large quantities of dirt, sand, gravel or whatever, though, they are definitely the tool everyone picks first for their team. I really like the One Shot shovel; it’s very sturdy and well-made, and the wings aren’t just a gimmick, they actually make the shovel stronger and more capable. The shovel is comfortable to use, has a very solid feel, and it can lift a LOT of dirt.

If you were wondering about the name of the company that makes the One Shot shovel, the Root Assassin is actually the name of their flagship product. It has a long, toothed shovel blade designed to make roots wish they’d never reared their ugly tendrils. We’ll be taking a closer look at it soon.

The One Shot Shovel is available in the 60″ length we got, and a 43″ version, which comes with a D-handle. The folks who make the One Shot shovel seem pretty confident it will hold up. Here’s their warranty statement: “Root Assassin LLC stands by every product we sell. If for any reason you are not satisfied with your purchase, we will replace the item free of charge for life.” Seems pretty solid to me. If you’re looking for a sturdy, well-designed shovel that can help you get your work done faster, wing your way over to their web site and check out the One Shot shovel and its kin. 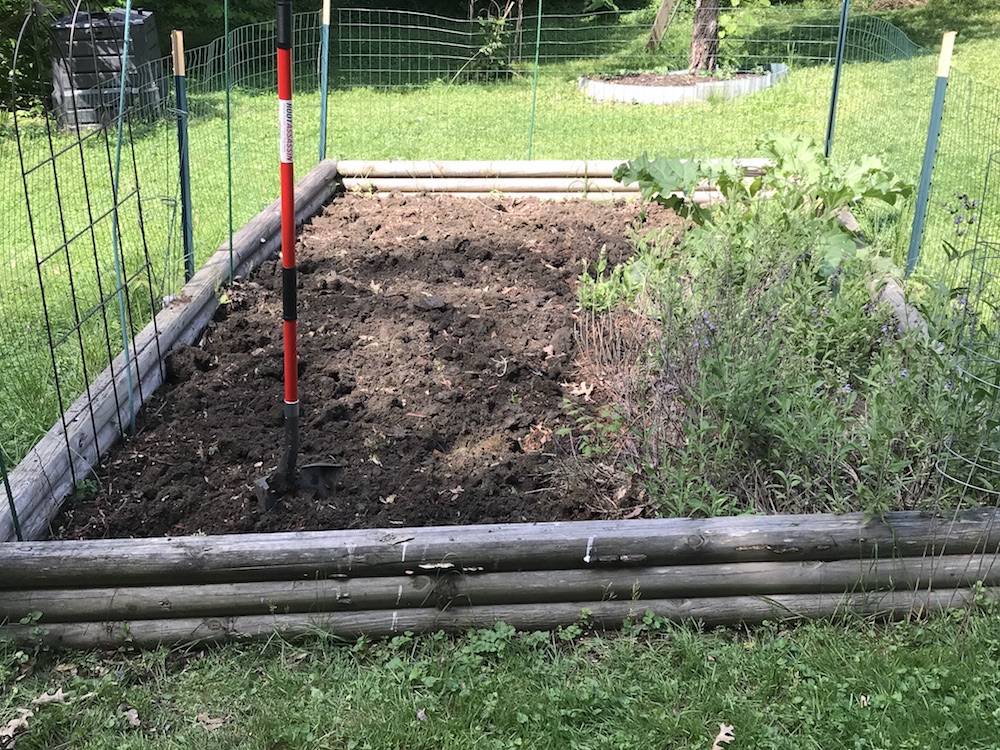