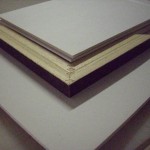 Let me start by saying I am a professional, custom picture framer with over 15 years experience. I’ve owned my own framing business for over a dozen years. Some of my favorite and most respected customers over the years comprise DIYs. Well, maybe they aren’t so much customers as they are people who love woodworking, and have the salt to call me and jaw my ear for advice and guidance. I’m pretty good at identifying a fellow woodworker. When I get one of those calls; I have to say – I love it. And, I’ll happily give up the information they seek (to a reasonable degree).

I’m not talking about the calls that clearly come from people armed with a canned, sob story “sniffing around” for free work; or the calls from other frame shops trying to determine my pricing structure and “trade secrets” (I can smell those a mile away). No…I’m talking about the true DIY, with balls enough to say, “Look, I’ve got some ideas about a frame I wanna make (and then gives me the details). I don’t need you to make it, but could ya’ answer a few questions and talk me through it?” You gotta respect that. I do respect that. But, I also see three common mistakes when people undertake making their own picture frames. So for all you DIYs out there: I’ll identify these issues, offer a few bits of advice and hopefully, make your lives (or at least your next frame project) a little easier.

Mistake #1: Rabbet Too Shallow
Someone has made a beautiful frame, but chosen to use wood without enough depth, only allowing for a rabbet depth of about 1/16″ – 1/8″. RULE OF THUMB: THE RABBET SHOULD HAVE A MINIMUM DEPTH OF 1/2″. ERGO: THE THICKNESS OF WOOD NEEDS TO BE AT LEAST 5/8″d. Why? Conceivably, the goal is for the frame to accommodate a piece of glass (3/32″), a picture or whatever (which may or may not have much depth – say 1/32″), a matted border (1/8″ – 1/4″ or more) and some kind of backing (1/8″ – 1/4″). Add up the minimum depths and…see the problem? About the only thing that shallow rabbet can securely house is the piece of glass. Everything else is sticking up, above the level of the back of the frame, which leaves no good way to fasten.

Here’s a trick: Stack everything that will be put into the frame BEFORE actually making it (think hero sandwich, people). Then measure the depth of this whole unit. If the depth measures 5/8″, then your rabbet must be at least 5/8″ deep. (If you’re not sure exactly what will end up in the frame, then use the ½” “default” rule.) Capiche? The rabbet must have enough depth so that everything drops down into it and is flush with (or sitting lower than) the back of the frame. Brads or framer’s points can then skim over the backing and “bite” into the wood). That’s how to secure the glass/mat/art. Otherwise, ½” (or more) of the material sticks out from the backside of the frame, which leaves no good way to fasten and secure everything. And unfortunately, what many opt to do after having realized this error is: tape the hell out of the back to “hold” everything in. This brings me to mistake number two.

Mistake #2: Taping the Hell Out of Everything
Tape IS NOT a good option for securing glass and artwork into a frame. Oh, I’ve seen it all from duct to strapping…electrical to plumber’s…scotch tape, packaging tape, painter’s tape. Don’t do it. Please. Fastening should be done as indicated above; with brads or framer’s points.

Some people don’t even stop there with the tape, but insist on using half a roll to secure the picture to the mat. I mean, I can see why some think they need to do it on the back of the frame – for fear the glass will pop out and come crashing down. But a picture or photo is just paper; it doesn’t take much to attach it to a mat. I won’t even rail about using acid free, linen tape. For a DIY, a couple small pieces of masking or scotch tape will do; but for God’s sake, it only takes a couple along the top edge of the picture. There is no need for layers of tape surrounding all four sides. (In fact, doing that will only make the picture buckle eventually.)

Mistake #3: Using Glue (OF ANY KIND) to Mount Art to Backing
This issue is more art, than frame related, but I feel the need to mention it because permanent damage usually results. While using crap- loads of tape to secure a piece of art is bad enough, it doesn’t come close to slathering the back of the art (be it photo, poster or whatever) with glue, and rubbing it out onto a backing piece of wood or cardboard or whatever else someone might use. Yeah, I said, “rubbing it out.” The only guy I know who has successfully done this (with a picture) was a wallpaper hanger by trade, actually used a spray adhesive designed for photo mounting, and used a wallpaper roller to make sure the adhesion was uniform. Now that turned out all right.

The other attempts I’ve seen using a liquid glue? No…no. There are two main problem areas when using glues. Firstly, their intent is for use with mediums like wood, ceramic, plastic, etc. – not paper. So, when used to attach paper to another surface; one result is irregular adhesion (which causes the art to bubble and ripple, and looks like ass). Another resulting problem is bleed-through, because again, liquid glue is not intended for use with paper products. This also looks very much like ass. Once glue is used to attach a piece of art, the damage is done. So, if down the road, someone thinks it can be taken it to a framer to be “fixed”; they’d best think again.

So there it is: some food for thought before tackling a DIY picture framing project. I hope people continue to make their own frames; I’ve seen some really outstanding ones. And keep in mind, you can always consult a professional if needed. Most (reasonable) framers will do all, or any part of, a job (for example, properly mounting the art to a good backing, for you to then frame yourself). Happy framing!