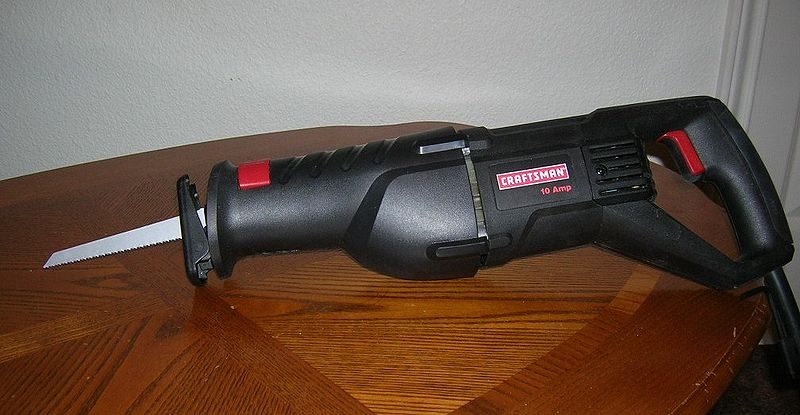 Nothing makes my day like receiving things that cut in the mail. Not that it happens that often, but it does put a little smile my face. A couple months back my day was doubly made when I received not one but four reciprocating blades for my perusing. In the bundle was a Bosch demo blade, Milwaukee Ax blade, and two different Spyder Bore blades. All were Needless to say I was set for hours of fun. I, personally, am ecstatic about the diversity of reciprocating blades on the market. Remember when they first came out and you had two choices – wood and metal? Sure there was a litany of colors, which would wear out on the first cut, but all you could select from was wood or metal. Now there is a reciprocating blade for nearly every project and task out there. Here is a quick rundown on these four different blades.

I’ve used the Bosch before for several different projects and have been well pleased. It’s a solid, all-around reciprocating blade capable of cutting both wood and nails. The difference between all wood or all metal blades and this one is the teeth per inch. Wood blades have fewer and deeper teeth per inch often in the ball park of 5 TPI. Meanwhile metal blades have more and smaller teeth per inch some times as many as 18 TPI. This Bosch demo blade has alternating teeth patterns listed as 5/8 TPI with some that are deeper and some that are shallower. This helps rip through old lumber but also cut through the nails effectively. It’s absolutely perfect for demolition.

The Milwaukee Ax blade we received was a wood blade with 5 tpi. And let me tell you, it will eat through wood like Kobayashi at a hot dog stand. The Milwaukee has thicker teeth than the Bosch blade and the tooth shape is similar to a chainsaw tooth. It is also taller and thicker than the Bosch blade, which allows you to lean into the saw a little more than with other blades. The Ax blade can handle just about anything you throw at it, including nails, although I personally like the Bosch a little better for demo.

These two (wood blade and wood/general use) blades had me the most excited of all thanks to their design. The Spyder blades are incredibly unique. Unlike normal blades the Spyder blades have teeth all the way around. That’s right, with the exception of the end that is inserted into the saw itself there are teeth; if it had a handle it would look like something out of Rambo. If you have ever tried to start a hole in board or piece of plywood you know the difficulty that arises. Either you start by drilling a hole in the corner or you slowly ease the leading teeth against the wood letting it bounce around until the teeth make their own path. This path may be where you marked out or it could be a quarter inch one way or another. The Spyder blade looks to remedy this situation. With more teeth around the tip you can start at a better angle and have the increased ability to bore through the wood; up, down, and in. I really can’t explain in words how cool it looks and feels as you cut the wood. The general use side of the other blade has the ability to cut metal as well, making it a solid demolition blade.

While all a little different, these reciprocating saw blades can help you to make short work of big problems. Check them out for your next demolition project and let us know which is your favorite!