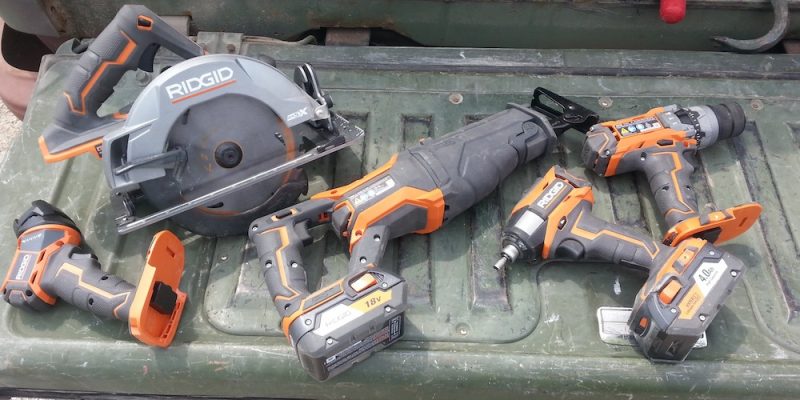 For some reason, as I unpack the new Ridgid “Gen5X” tools, I started humming an old song by the 1970s punk rock band Generation X called “Your Generation.” Their vocalist (a young fella known as Billy Idol) snarled:

Okay, so it may be a bit of a stretch, but as far as cordless power tools go, Ridgid’s new 18 volt Gen5X lines are pretty punk rock! They are a little futuristic looking, but they combine both older and newer cordless technology. Above all, they perform with A LOT of power. Also, like Billy Idol, they seem to go forever!

Some reviewers out there on the interwebs are knocking Ridgid’s claim that the Gen5X line give “Best in Class” performance. Granted, it’s a big claim, not to mention a bit nebulous. Which other models would be considered to be in the same “class?” Are they contractor grade tools, “pro-sumer” models, or homeowner grade? I’m going to say that, in my mind at least, these new Ridgid tools perform as well or better than most of the “pro-sumer” models of similar tools from other manufacturers sold at the home centers. A lot of reviewers also seem to be disappointed that Ridgid rolled out a new line that does not feature an upgrade to brushless motors, but the Gen5X permanent magnet design seems to have plenty of power and really decent battery life at an impressively affordable price. This kit is powered by 4.0 hyper Lithium-Ion batteries, which Ridgid claims have four times the run time of standard Lithium-Ion batteries, and they really do run A LONG time.

I took the whole kit (which includes hammer drill, impact driver, circular saw, reciprocating saw and flashlight) along with me for a typical week at work. I’m a technical instructor and chief shop-monkey at a small university, where I work with students on all sorts of projects. This week, we installed garden fencing, some stockade fence, built potting benches from recycled lumber and a box for compost. I used every tool in the Ridgid combo kit, and was pleasantly surprised at the performance of all of them.

A few of the pros and cons: On the plus side, they are, as I mentioned, very powerful. All of the tools had power to spare. The standout here for me is the 7 1/4” circular saw. This saw really has the feel of a full sized, full-powered corded saw, without the hassle of dragging a cord. I also cut steel pipe with the recipro saw, which delivers 3,000 strokes per minute and features an orbital option, which is a really nice feature.

The integrated lights on all of the tools are very impressive, in particular the light on the hammer drill, which throws a sexy ring of light from around the chuck. I drilled brick and concrete and set Tapcons with the hammer drill (which produces 780 in. lbs. of torque) and impact driver (which has 2,000 in. lbs. of high end torque.) The adjustable speed setting on the impact is a great feature.

The batteries have nice rubber bumpers that allow them to stand up softly and not slide on or scratch a work surface, and nice “fuel gauges” or battery level indicators to tell you when the battery is running low. The tools all feel comfortable in the hand, and appear to be pretty sturdy. Even the flashlight is nicely designed, with a swiveling lens that allows you to throw light up or down when the unit is sitting on it’s base. 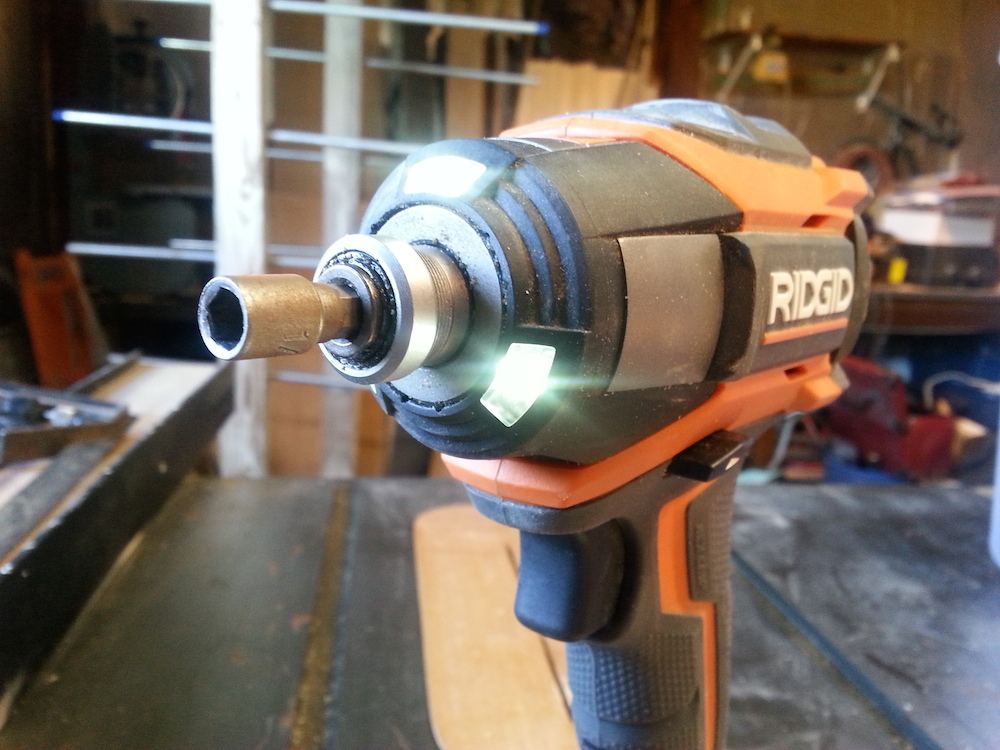 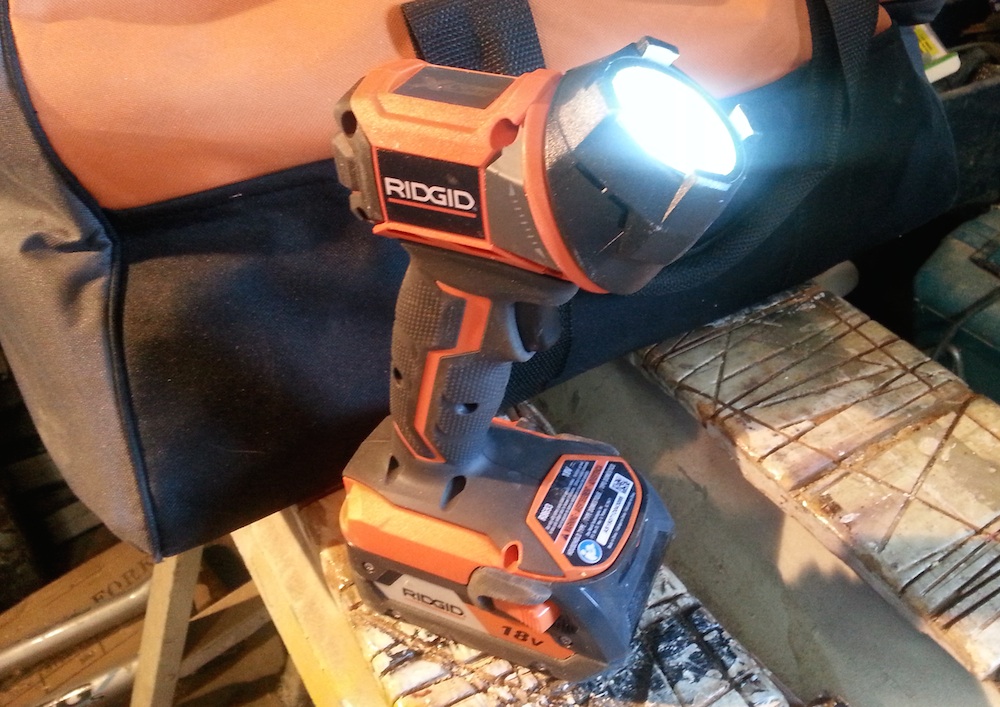 As far as criticisms go, mine are fairly minor. All of the tools are pretty hefty and that took a little getting used to. The hammer drill did it’s job really well, but it is a bit clunky for general drill use. All of the tools put off that “new tool smell” that new, brushed motors have, even after several days of use. My shop assistant mentioned that they “smell like bacon” (which is his book is more of a plus than a minus).

Finally, my biggest complaint. I’m not a fan of the charger. It’s big, it’s clunky, and it really seems to be made to mount on the wall. That’s great if you are a weekend warrior working out of your home shop, but on a job site, it is kind of a pain. It takes up a lot of room, and it takes two hands to swap out the battery. These are all minor complaints, though.

All in all, I think this is a really nice kit. I have to say that I think any Generation X’er who does regular, light to medium duty projects will find that the Gen5X will have them Dancing with Themselves, especially at the $399 price point for the entire kit!