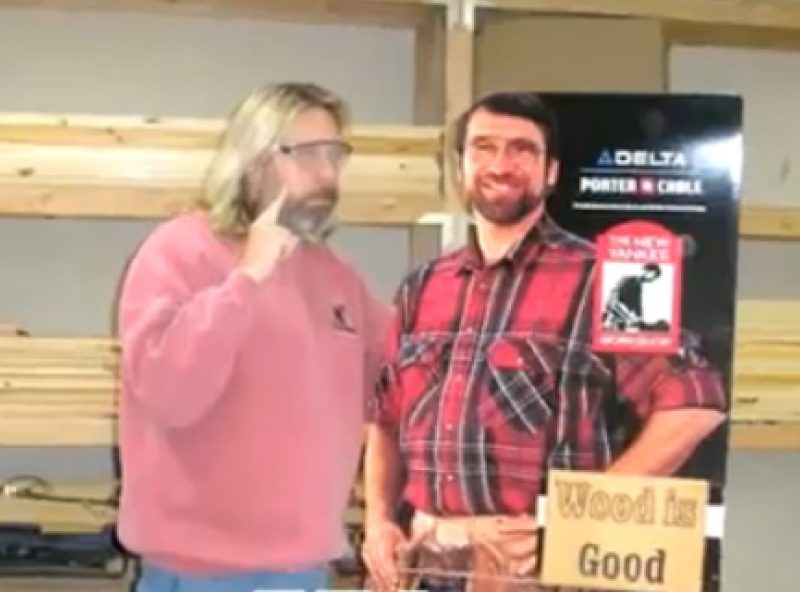 Not too long ago, we mentioned the launch of our sponsor Rockler’s Nordy’s first annual Video Contest. Despite the newness of the Nordys, the content drew dozens of entries ranging from inspiring, to comedic, to slightly disturbing. Summarized by Rockler, “For over 50 years, Nordy Rockler has been inspiring A-List woodworkers across the globe. No matter how you work with wood, we are all inspired by the love of the craft. For the 1st Annual Nordys Video Contest, contestants were asked to demonstrate what inspires them to woodwork in approximately 2 minutes.” Rockler offered multiple prizes and broke them down into “Academy Choice” (a panel of high-powered Rockler judges) and “People’s Choice” (whoever could mobilize the most friends to vote for them on Rockler’s Facebook page). We have reviewed the submissions and are now adding a few honorary “HomeFixated’s Choice” awards of our own. 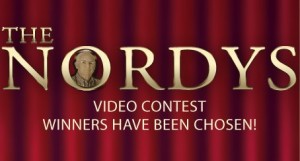 Most Likely to be Jailed for Stalking Norm Abram

We’re pretty sure the title above has never been bestowed upon anyone. What follows is both disturbing, entertaining and enough to make Norm Abram double his existing Secret Service security detail. It also contains a shocking, and some might say blasphemous display of Bob Vila hatred.

None of the Nordys video submissions were pretentious, and Andrew Odom’s Tiny house project is no exception. In the following video, you get a glimpse of how a healthy dose of ambition and can-do spirit yields an end result that becomes a family home. Not only that, but it’s a home that can be driven out of the country should Obamageddon come to pass.

Spoiler Alert: this video won first place, but most definitely not due to rhythm or rapping skill. We’re pretty sure if Eminem sees this he’ll start crying.

This video does a great job of condensing the lifespan of wood into two minutes. It also shows off what appears to be a home lumber mill with a beastly saw blade and wild sharpening jig. OSHA investigators, the giant limb-removing exposed blade and digit-entrapping belts are not the ones you are looking for.

For more Nordys video action, you can watch all 30 videos and experience what it’s like to be a Rockler Nordys judge. The official list of winners is also available via the Rockler site. We’re looking forward to seeing the contest again next year! Norm (and Bob?), watch your back in the meantime.