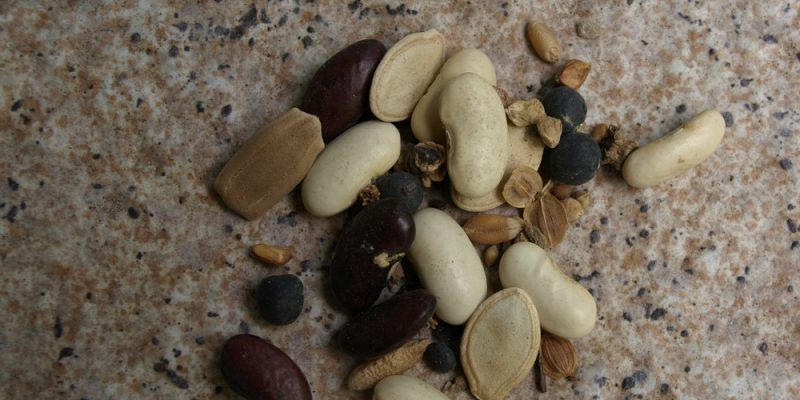 At some point in their lives, most gardeners have found themselves staring down at an old packet of seeds and wondering just what to do with them. Are they any good or not worth the effort? Growing plants may be touted as an economical hobby but, like so many things, this is true only if you’re able to exercise restraint. After all, there are some of us that simply can’t resist adding another packet of seeds or a miscellaneous plant to our baskets at the local garden center. So, we look for measures to salvage our garden budget, such as saving half a packet of basil and sowing it later. This naturally works for some types of seeds but not others.

Which Seeds are Savable?

Most vegetable and flower seeds are good for several years IF they’re stored correctly. However, there are a few types of plants that stop being viable after a year’s time, but these are few and far between. Onions, parsley, and parsnips are all things you’re going to want to go ahead and use up because the general consensus is that they won’t last long. I personally have noticed that tomato seeds last very well for several years and still produce viable plants. By comparison, the two year old chervil seeds I planted this year refused to come up at all. A few years ago, I used up an entire package of zaatar prior to the onset of winter because I read somewhere that the seeds wouldn’t last. Although they grew well at first, the aforementioned plants perished in a tragic fashion because no oregano family plant ever managed to survive a winter in my apartment.

Seeds should ideally be stored in a dark place where they’ll be kept dry. The reasons for this are obvious. Both moisture and sunlight encourage seeds to sprout and the last thing gardeners want is for plants to unintentionally start growing in their packages. Besides, damp conditions also encourage mold and decay. I’ve found numerous seed packets coated with unspeakable funk after I thought they’d been put up for the winter in my closet. Yes, there’s yet another reason I’m glad that I moved out of my former apartment.

Depending on where you live, some of the bulb plants in your yard may need to be dug up and refrigerated once they’ve died down to the ground. The secret here is to keep them from being shoved behind the leftovers from Thanksgiving 2009 and other science projects that are best not mentioned in print. I speak from experience. I bagged up a set of gladiola bulbs in 2007 and didn’t rediscover them until we went to move out this year. Needless to say, most of the scraggly specimens got thrown out because they were a shell of their former selves. I thought a few could be saved but it’s not surprising that there have been no blooms from those bulbs thus far. Note to self: use the pine tree seeds and extra mushroom spawn that are in the fridge asap.

The most common way to test out the germination rates of any leftover seeds is to wrap up a handful in damp newspapers or paper towels. Then you’re supposed to put the whole thing in plastic bags and set it a warm spot for however long it would take the plants to normally spout. At that point, you take the seeds out of the newspaper to see how many have sprouted. If most of the ones that were tested germinated, you’re good to go ahead and plant them.

I’ve personally never gone to all that trouble. I always seem to have hundreds of little plastic containers that are leftover from various plant-buying excursions and I find it simpler to just follow normal planting procedures for the seed in question. If nothing comes up in two weeks, I can always reuse the container for something else entirely. Of course, what method you use to determine seed viability is entirely up to you.