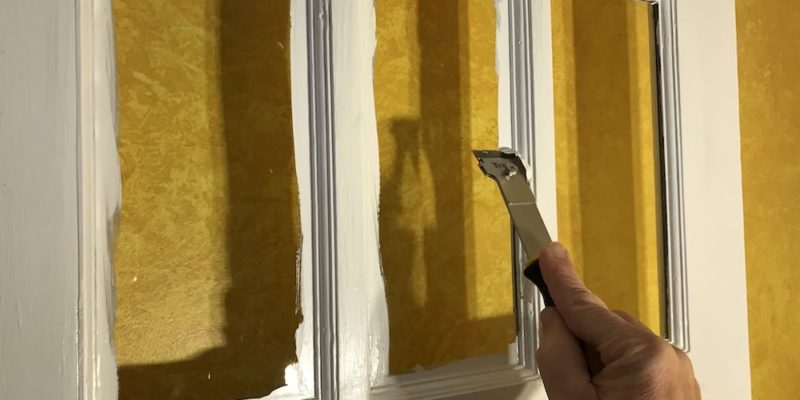 Recently, the task “Paint the French doors at this end of the living room to match the French doors at THAT end of the living room” floated to the top of the honey-do list. For some reason, the French are fond of inserting numerous panes of glass in their doors. This may make them more pleasing to look at, but it sure makes them a PITA to paint. Choice A: Mask off 36 panes of glass. Choice B: Dive right in and get painting, and tidy up afterwards with a razor scraper. After spending several seconds pondering these options, I stuck the tape back in the drawer, ordered a set of Titan Tools razor scrapers, and started painting.

I already have at least half a dozen razor scrapers, and I’ve probably pitched at least that many in disgust. Most of them are the cheapo, stamped-steel variety, which seems to be the only option at most local hardware stores and home centers. I’ve also had a couple of the neon-color molded plastic mini-scrapers, which share the double whammy of being tiny AND flimsy. Not to mention non-refillable.

I figured there had to be a better option, and if there was, it would likely be found on Amazon. A quick search turned up the Titan Tools Razor Scrapers two-piece set. The set contains one “Mini scraper,” which is about the size of a standard scraper, and a long-handled Multi-purpose scraper. Here’s the official set of specs from Titan:

If you’ve ever used a basic stamped-steel razor scraper, you’re bound to be familiar with their drawbacks. Most of them have a retractable blade, which is a great safety feature. Unfortunately, after being used a couple of times, almost every budget scraper I’ve owned has become stuck in either the open or closed position. The ones that didn’t get permanently stuck got to the point where the blade won’t stay open without constant pressure on the retracting button. Super fun.

During the brief life span of these scrapers, they’re not very comfortable to use. Most are thin, cheap metal, with that blade-retracting button right in the center, where you’d like to be able to place your thumb for leverage. And if you DO manage to get some leverage, you’ll probably end up snapping off a piece of the cheapo blade that came with it. A quick search of my tool box turned up four of these steel scrapers, only one of which still functioned, and two of which had nicked blades.

Using the Titan Tools razor scrapers made the post-painting cleanup almost enjoyable. It certainly made it faster, and much less painful. Both scrapers have a bit of soft rubber overmold on the handles, making them much more comfortable to hold onto than a stamped-steel scraper.

For my window tidying-up, I primarily used the longer scraper. The long handle has no flex to it at all, which makes the scraper easy to control. For comparison, I did use the smaller scraper on a couple of windows. It also worked well, but I found the long scraper more comfortable to use. The blades on both scrapers stayed solidly in place throughout all my use.

The “Extra heavy duty” blades that come with the Titan Tools Razor Scrapers are also a big improvement over the blades I’ve used in the past. They’re thicker and stronger than standard blades, and they held up very well.

I used a single blade to scrape around the edges of all 36 panes of glass, and then used it to scrape some old, hardened grout from some fireplace tiles. The blade still had a good, usable edge when I finished, with nary a nick.

On the website, the Titan Tools Razor Scrapers are touted as coming with five blades. It was a nice surprise to discover that each scraper also comes with a blade installed, for a total of seven.

Speaking of blades, the one area where the Titan Tools Razor Scrapers consistently get dinged in their otherwise excellent ratings (average rating is 4.8 / 5, with almost 1,000 ratings) relates to the blades. Not the blades themselves, which are excellent, but because the two-scraper set comes with only one protective blade cover.

It doesn’t seem like that huge a deal, but since the blades don’t retract, your choice for the non-covered blade is either to remove it and re-install it upside down, which is time consuming and annoying, or leave it exposed, which is dangerous. Titan Tools could probably eliminate 98% of their negative comments by simply including a second protective cover, which would probably set them back about three cents apiece.

That said, I’m very happy to have added the two Titan Tools razor scrapers to my tool crib. They seem very well made, they’re comfortable to use, and they’re sturdy enough that they should far outlast all their stamped-steel predecessors. Other purchase options are available, including the longer multi-purpose scraper with an assortment of heavy-duty blades and non-marring plastic blades, for use on stovetops and other delicate surfaces. Our experience with the scrapers was consistent with some Titan stainless steel pry-bars we reviewed a while back. Scrape together ten bucks, and check these Titan scrapers out on Amazon. 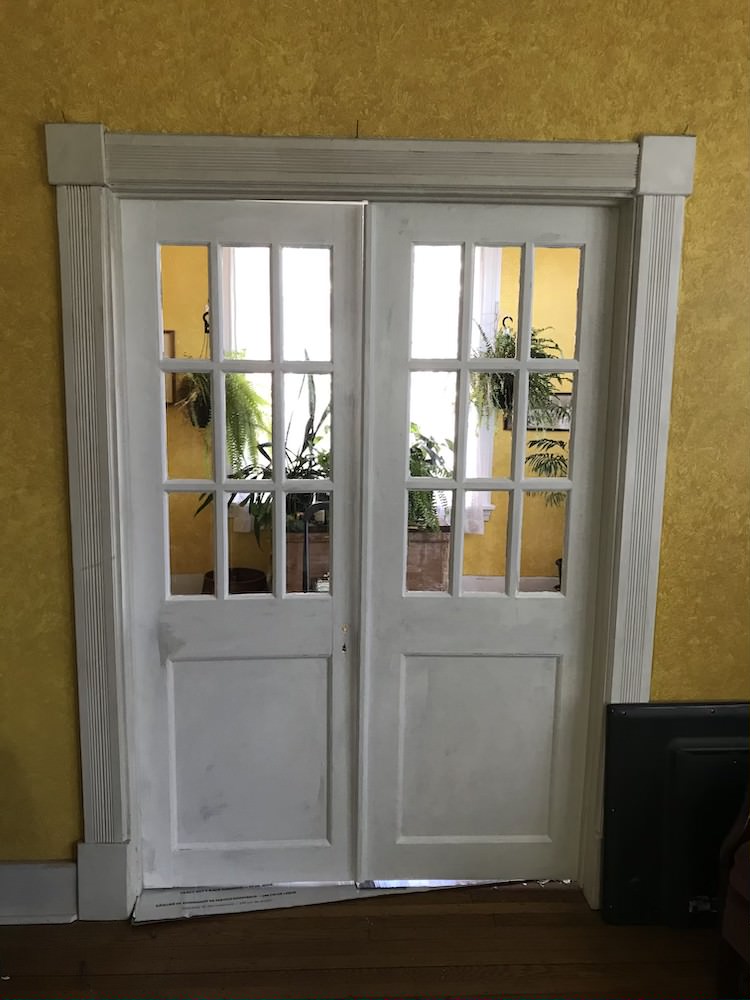