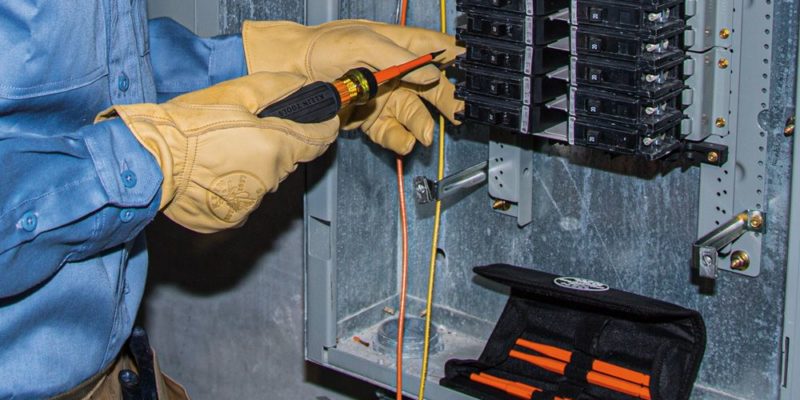 Welcome to March, Home Fixated fans! Perhaps you might finally be able to put that snow shovel away for the year? Perhaps you might need to keep using it weekly through April? While you can’t depend on an accurate weather forecast during this month, you can count on our coverage of new tools. In this edition of Tool News Nirvana, we’ll hear about a new screwdriver from Klein, a new saw from Makita, a new reciprocating saw from DeWalt, and two new tools from Milwaukee. Let’s get to it!

Makita launched the XSH10Z 9-¼” cordless circular saw last month. At a standard 90° cutting angle, it’s got a 3-3/8” capacity, which should be perfect for specialized cutting – think engineered wood among other uses. What makes this saw extra neat though is its compatibility with Makita’s line of Guide Rails. That’s great news for guys like me, who need all the help they can get to cut straight.

So-called “tiny homes” are a hot trend right now. Do you know what you might need for the tiny remodeling projects inside of your tiny home? Tiny tools, that’s what. Last fall, DEWALT unveiled the XTREME line of subcompact 12V power tools. Earlier this year, they added to the line with the DCS312 one-handed cordless reciprocating saw. With a bare weight of 3.04 pounds and a length of 12.12 inches, this tool will help you complete tiny and not-so-tiny tasks for years to come.

The Torch™ with Nitrus Carbide™ reciprocating saw blades from Milwaukee were launched last month. An extension to the existing Torch line, the Nitrus blades incorporate a unique carbide blend which gives these blades the strength to easily slice through cast-iron…or at least the stack of junk mail that’s been accumulating on your kitchen counter for the past 2 weeks. Milwaukee claims that these will last 3X longer than standard carbide blades, which means fewer blade changes and more completed work. They’re available now.

In a move aimed squarely at replacing your ol’ trusty pneumatic die grinder, Milwaukee recently launched the #2486 M12 cordless die grinder. Milwaukee claims this tool produces 20% more power (0.3 HP) than a comparably sized air-powered unit. It features a 3-mode RPM control and a variable speed trigger. With a ¼” collet, it can be used with all standard 2” grinding accessories. It’s available now.