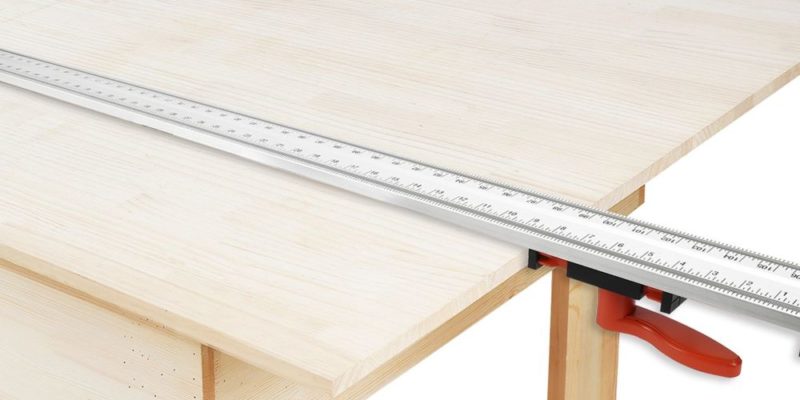 September. Finally. Let’s all sit back, give ourselves a pat on the shoulder, and be grateful that there are only four more months left in this wild year. In a previous Tool News Nirvana, we talked about how the kids are heading back to school. What about the grandparents of those kids, though? What are they up to around now? If they’re snowbirds, they’re starting to make preparations for their annual migration southward, where they’ll spend the winter months frolicking amongst the palm trees and/or cacti. East-Coasters typically head to Florida, in which it’s said that the further south you go, the further north you go. Westerners head to Arizona or New Mexico or Nevada. For the tool lovers among them, this is hugely convenient, as Makita just opened a massive new facility in Reno. We’ll hear about that in this Tool News Nirvana, as well as about new products from Pony Jorgensen, WORX, Milwaukee, and Klein. Let’s get to it!

Pony Jorgensen, longtime manufacturer of high-quality woodworking clamps, recently announced the launch of their new 50” Cutting Rail Guide, plus an associated 50” Extension Rail for longer pieces of material. If you’re familiar with the concept of a track saw, then this cutting rail guide will make sense. Basically, the rail is an extruded piece of aluminum that is laid across the material you want to cut. Jorgensen has included a nice ¼-turn clamp for securing it to the workpiece. Once secured, you then use this cutting rail as a straight edge guide for your circular saw, jigsaw, router, 9” Japanese Damascus chef’s knife, or marble run. Wait….what were we talking about? Oh yeah, the 50” Cutting Rail Guide from Jorgensen. This is an especially useful accessory, as it allows for straight cuts and easy reposition-ability, while also letting you continue using the tools you already own (versus having to go out and buy a track saw setup). Look for it now.

Makita is expanding its distribution, training, and service capabilities in the U.S.A. with a new 600,000 sq. ft. facility in Reno. The cornerstone of this $50 million dollar investment is that it allows for 2-day nationwide ground shipping. Customers will be able to get their Makita tools and supplies sooner, while avoiding the need to stop work in order to wait for a delivery. Also included in the plans for this development are a training center and a Factory Service Center. Surely, the boys (and girls) in teal will continue to build their rapidly growing fanbase with this new facility, and any that come after it.

The WG649 is the newest release in the WORX Hydroshot line. Versatility is the name of the game here, with these tools able to draw water from a hose, a bucket, a lake, a stream, or even from a cup of the tears of your enemies. Using either one or two battery packs plus a brushless motor and high-efficiency water pump, these tools then boost the water pressure to between 320 psi and 720 psi. The WG649, as the most powerful model in this line, puts out 720 psi. With 2 water pressure settings and a versatile 4-in-1 nozzle, it fills an important niche – almost all of the power and cleaning ability of a full-sized pressure washer, without the size and complexity. It’s available now.

Milwaukee Wants to Turn Your World – From Farther Away

In the July 2 edition of Tool News Nirvana, we learned about the #2868-22 1” impact wrench from Milwaukee. This tool, with 2,000 ft-lbs of break-free torque and 1,900 ft-lbs of tightening torque, was nothing short of a game-changer in high torque tools. With the release of the new #2869-22HD Cordless 1” D-Handle Extended Anvil High Torque Impact Wrench (try saying that 5 times quickly), this family of the most powerful cordless impact wrenches just expanded. While using the same battery platform (M18 Fuel) and outputting the same torque figures, this new release ups the versatility by including a 6-inch extension to the anvil. This makes the tool easier to use for those performing more reach-y, awkward tasks, such as removing lug nuts from deep-dish semi-tractor wheels. With the amount of sustained innovation like this that we’re seeing from Milwaukee, it’s only a matter of time before “Big Red” moves into housewares. Next-up? The RedGrabber™ Pro De-Lidder™ attachment for your 2,000 ft-lb 1” impact wrench, so that your spouse is finally able to get that lid off of the pickle jar. The #2869-22HD is available for pre-order now.

Klein has an interesting new tool out – the 90-Degree Impact Wrench. Geared primarily toward electric utility workers, this tool could certainly find quite a significantly larger audience due to its key feature. One of the most annoying parts of using a socket to tighten nuts is that there’s a length limit – due to one end of standard sockets being closed, the length of bolt you can thread a nut onto is only as long as the socket. This could be mitigated a bit by using a longer socket, for sure, but what about tightening nuts onto those longer bolts or pieces of threaded rod? That’s where the BAT20LW excels, because of it’s innovative (and Patent-Pending) through-hole design. Basically, the length of bolt or threaded rod you can use is unlimited, because the tool is open on both ends. The socket engages with the nut so it can be tightened, while the remaining length of threaded fastener simply can pass through the tool. It’s a brilliant solution to an age-old problem, really. Look for it now.