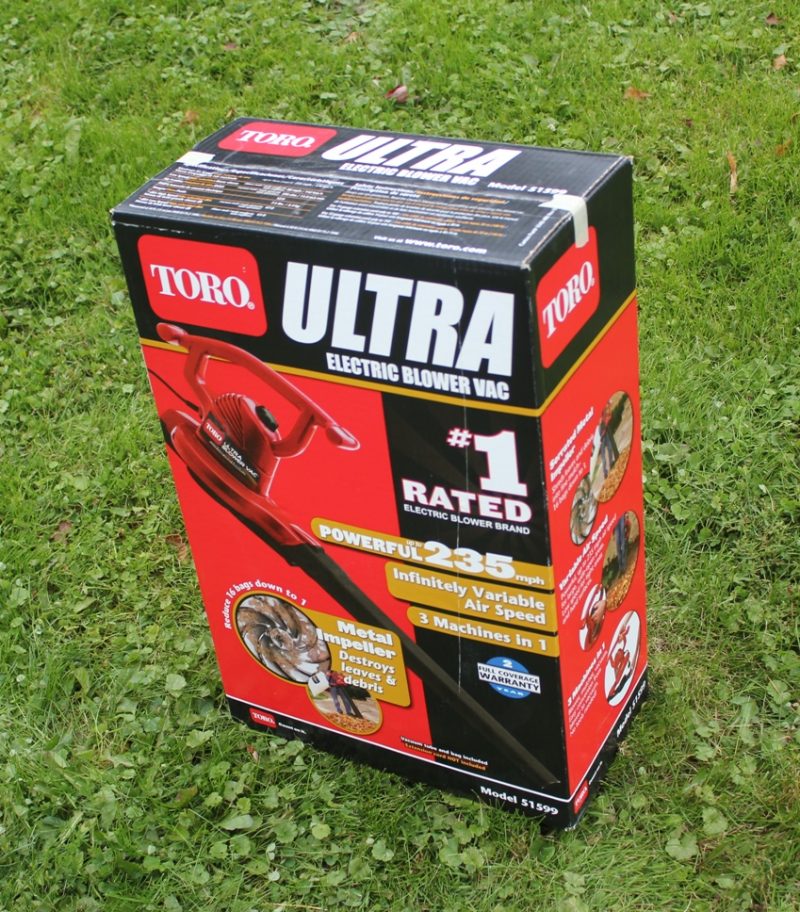 Yard maintenance was easier when we lived in Phoenix; desert landscaping (aka tan gravel) and the scarcity of deciduous trees make for minimal mess.  Sure, you might have the occasional rattlesnake skin to dispose of, or a tangle of Black Widow webs here and there, and maybe a small patch of dead, scorched grass to rake up, but our fall cleanup could usually be accomplished in about 15 minutes.

Moving back to the Northeast put an end to THAT carefree lifestyle. This part of the country is beautiful, with rolling hills, wide rivers, and trees. An abundance of trees. A plethora of trees. What I’m trying to say is that there are a LOT of damn trees here. The trees provide beauty, shade, lumber and firewood, and in the fall, the leaves provide a beautiful, colorful vista—right up until they all drop off and bury your yard eight inches deep in colorful, decaying muck.

Assuming you’d like to see your lawn again at some point, all those leaves must be relocated. In olden times (prior to last week), my primary means of relocating said leaves was via a big honkin’ leaf rake and a big honkin’ blue tarp to haul them to the curb, where they would be hauled away by a big honkin’ leaf-eating truck. This method requires quite a bit of time and effort, and a large container of ibuprofen for the resulting backache.

The Winds of Change are Blowing

Painful and time-consuming though it may be, that’s how I’ve always made the leaves go away. While pretty much everyone else in the ‘hood was out blissfully blowing their leaves hither and yon, my kids and I raked and ached, all the while feeling morally superior for dealing with OUR leaves in such an ecologically friendly fashion—no air or noise pollution (aside from an occasional grunted expletive directed at the leaves from OUR yard)!

However, now that all our kids (fondly known as “free labor”) have moved out, and all refuse to visit until after cleanup season, I decided to hell with the environment—I want a big honkin’ leaf blower! Vroooom! And while I’m at it, might as well get one that can vacuum up leaves and debris from the inaccessible nooks and crannies they love to tuck themselves into.

A Better Way With the Toro Leaf Blower Vac?

I know what you’re thinking—here come the predictable comments about blowing and sucking. Well, forget it—we’re professionals here at HomeFixated, and that would be extremely juvenile. (Besides, I’m saving them for my shop-vac review).

My original intent was to get a gas-powered blower, having always had the impression that they are more powerful. However, when my wife said she wouldn’t mind participating in the yard cleanup, but wouldn’t use a gas-powered unit, my open-mindedness immediately convinced me that corded was undoubtedly the way to go.

I was still skeptical that the corded versions could do a decent job, but after checking out the offerings at the large orange home center (where we happened to be when she made her rash proclamation), I settled on the Toro Ultra. It seemed to be the beefiest unit on the rack, and after hefting it and comparing all the specs, we bought it and transported it to the official testing grounds, Billion Leaf Acres (aka our yard).

The box was simple to open and unpack, thanks to Toro’s “Certified Frustration-Free Packaging,” and after glancing at the instructions (I know, now I’m a wussie-man), the blower was assembled in about 60 seconds, with no tools required. I grabbed an extension cord, plugged the stubby little cord into it, and fired that mother up (turned the dial).

A note: the product description on Amazon says “Exclusive cord-lock system holds power cord firmly in place”. According to the instruction booklet, the “exclusive cord-lock system” consists of tying the extension cord in a knot around the handle before plugging the blower into it. We can only speculate as to how many engineer-man-hours went into this incredibly spectacular feature. Innovative advances in technology like this never cease to astound me…

Other Specs (innovative and otherwise) From the Manufacturer:

• A variable speed 12 Amp motor lets you select from an infinite variety of speeds between 112 mph and 235 mph.
• It weighs in at a very manageable 7.5 pounds, making it easy on your back (or that of your wife or children).
• A convenient quick-release latch lets you convert your blower into a vacuum in seconds without any tools, while a metal impeller makes it easy to mulch debris. The impeller can reduce 16 bags’ worth of leaves to one bag.
• This blower/vac is backed by a full two-year warranty.

For my first test area for the Toro Leaf Blower Vac, I chose a flower garden roughly 20’ square, with a big maple tree right in the center. There was a good supply of leaves all intertwined with the various plants and rocks, the kind of area that’s a tedious pain in the butt to clean up with a rake. The leaves were mostly dry, maybe 10% wet. Naturally, I immediately cranked the Toro up to full speed, and watched with a big happy grin as it blew the crap outta everything in that garden! In about five minutes, that garden was CLEAN!

Time To Suck It Up

I was really interested in testing out the vacuum feature, since we have several areas of fenced-in gardens, narrow areas around a shed, spaces between bushes and the house, and so forth that are tough to rake OR blow. I detached the blower tube, and hooked up the vacuum tube and bag, which takes less than a minute to do, and was good to go.

I got into a narrow space between our shed and a tall fence and cranked it up. It pulled the leaves out from under the edge of the fence, from under the shed, and from around some plants in the area, with no problem. After cleaning that area out, I continued vacuuming up leaves until the bag was full. It can accommodate quite a few of them before emptying is required; 16 bags full? Sixteen loosely filled bags, maybe…The impeller did a great job of shredding the leaves, and the several twigs and a few acorns it inhaled didn’t faze it at all.

The Final Verdict: Does the Toro Leaf Blower Blow, or Does it Suck?

The Toro has very strong suction — it picks up dead leaves, twigs, everything else that’s brown and down, not necessarily a good thing, since we have two large dogs, who selflessly contribute quite a bit of brown to the landscape. Use caution around dog poop. The blower is VERY powerful, much more so than I expected it would be. The variable speed control is useful, for blowing around delicate plants, or slowing down the movement of the leaves if you’re trying to get them into a pile.

When being used as a leaf blower, be wary of setting the unit down while it’s running; the air intake is on the bottom, and inhales massive quantities of air, along with acorns, twigs, stones, bottle caps, dog bombs, and whatever else gets near its mighty impeller. None of them are likely to improve performance. Also, cutting off the airflow is likely to overheat the motor, which may make IT a little cantankerous. Feel free to test this out on your OWN blower.

On the highest setting, it’s a bit loud; if you’ll be using it for an extended period, you may want to wear hearing protection, or crank up the Twisted Sister/Justin Bieber mix on your IPod to drown it out and go deaf in a more enjoyable (?) fashion…Do I wish I’d held out for a gas-fired model? Nope. Dragging an extension cord around is a little annoying, but so is mixing gas & oil, finding the funnel, getting it to start, breathing the fumes, listening to the noise, burning yourself on the muffler, etc.  You do need to make sure you get a beefy enough extension cord for this, as it does suck some juice: Toro recommends a 14 gauge cord up to 100’, 12 gauge up to 150’.

The Toro Leaf Blower Vac has received 1,244 reviews on Amazon, with an average rating of 4.3 out of 5 stars. I paid $70 for mine, and think it’s well worth the investment; so far I’m VERY impressed with it. I don’t know that it will make this year’s cleanup FUN, but it should cut down on the number of ibuprofen I’ll be chomping down. Especially if I convince my wife how much fun it is to use.

The model I got, the 51599, is available at Amazon for about $95. The new version of this model, the 51609, apparently just came out this year. The only discernible difference is that it has a little blue concentrator insert, instead of a black one; the other specs are identical, and the reviews are equally good. Best of all, the Toro 51609 Ultra is only $75 on Amazon

. Go get one, and YOU decide what to do with it! 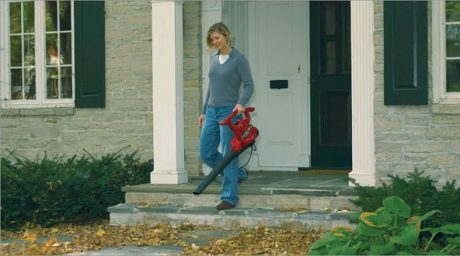