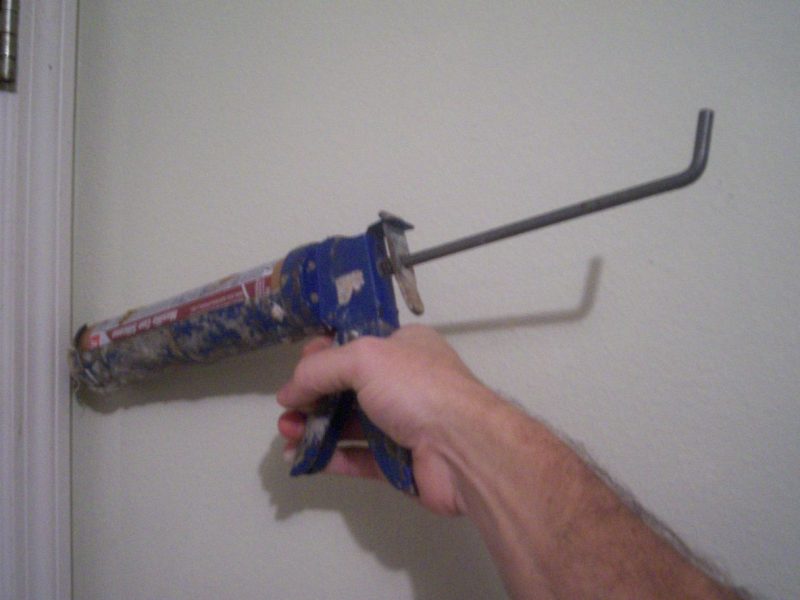 Caulk may sound like a dirty word (I’ve got a million inappropriate jokes), but it’s one of the most essential and versatile building materials in the world. It’s used in nearly every facet of the building industry from showers to roofing to fireproofing, and that’s just a few of its many uses. With so many different types of caulking available on the market — which one should you use? The answer is probably bigger than the question. In fact, it’s at least 800 words worth of answer. So settle into your favorite easy chair, get comfy, pull out your caulk and find out which type works best for your next building project. We’ll cover ten of the more common (and a couple not as common) varieties here.

Acrylic Latex AKA Painters Caulk
Probably one of the most common acrylic latex caulks available. It’s also one of the cheapest caulks around. It’s used just like its name implies — it’s meant to cover small holes and cracks; and is then covered with paint. Painters caulk adheres to wood, drywall, masonry and other porous interior building materials superbly. It dries in about an hour and is ready to paint right away. Painters caulk easily cleans up with soap and water, making it a favorite for punch-out jobs. It’s also sometimes referred to as “The Painter’s Best Friend.”

Vinyl Latex
Instead of using softer water soluble acrylic, vinyl latex is designed to apply and cleanup easily like painters caulk, but will last much longer than acrylic latex. It can also be used outdoors, but be careful about which type you use. Choose a vinyl latex that has a long lifespan if you plan on using it outside. It’s also not very flexible so be wary of using it where expansion and contraction can be an issue.

Acrylic Tile Sealant
This caulking is the stuff that comes in those tiny little tubes that you squeeze by hand (don’t confuse it with your toothpaste). They work well for simple patches and repairs in wet locations. Most tile acrylic is mold and mildew resistant, but I wouldn’t trust it to last too long in high use areas like a tub or shower. It’s paintable, easy to clean up with soap and water and it usually remains flexible for a few years before it needs to be replaced. 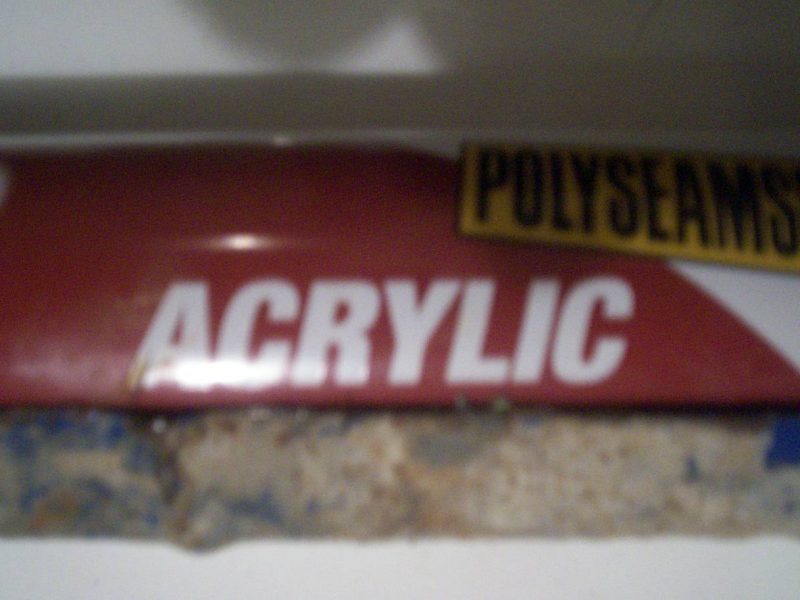 Unlike 100 percent acrylic, siliconized acrylic combines the ease and use of acrylic with the strength and durability of silicone. Sure, it’s a little tougher to clean up after, but it makes for a strong sealant on porcelain, tile, metal and glass, unlike pure acrylic. It’s even strong enough to use outdoors. But just because the label says so, doesn’t mean it would be my first choice to use outside.

Pure Silicone
As far as I’m concerned, this is the only way to seal a bathtub or shower area for good. It’s mostly mildew and mold resistant, has one hell of a lifespan and works excellent on all non-porous surfaces. Unfortunately, it doesn’t stick well to porous materials like wood or drywall, but it’s super flexible and strong. It’s a pain in the ass to clean up after, it usually takes some heavy duty solvents to get it off your hands, plus it stinks like pickled egg farts – but once you apply it, it can last for decades.

Adhesives
Also known as Liquid Nail, adhesive caulks are designed to stick to just about anything. Gluing two materials together for good? Use this stuff and it’s probably going to stay that way for a long time. Some adhesives are mold and mildew resistant making them a good choice for wet locations. Most adhesives can be cleaned up with plain old water, but it’s a good idea to have a solvent on hand when it comes to getting it off of clothes and shoes.

Butyl Rubber
If it’s outdoors, it moves and it’s in the sunlight, then butyl caulk is the only way to go. Used mostly for roofing projects, butyl also works great for sealing gutters, chimney flashings and foundations where moisture and movement are commonplace. Cleans up with solvents fairly well. Butyl and I have an ongoing issue though; as soon as it comes out of the tube it’s all over me.


It’s almost just like butyl; it looks the same, smells the same and is super sticky, but the big difference is what’s in it. Asphalt doesn’t like sunlight so well and degrades much faster than butyl rubber. It’s used mostly to seal shingles, flashings and other areas of a roof that don’t receive much sunlight.

Mortar Repair
It’s like concrete in a tube. It’s textured, it’s grey and it’s tough to work with – especially when it’s cold out. But unlike caulk, it remains flexible and works well for sealing cracks and gaps in concrete, brick and stone that are constantly on the move.

Fireproof Caulk
This nasty red caulk is used to seal holes, gaps and cracks to prevent fire from moving through open spaces in a structure. Most fireproof caulk is specialty caulk and is often used by insulators sealing holes in framing where plumbing or electrical lines penetrate.

I probably forgot a few caulking materials since there are tons of different uses for the stuff. Do you know of any caulking materials left off the list? Or do you have a few tips to add to the types above? If so, please add them to the comments below!