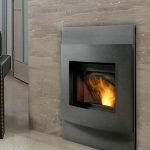 There’s a lot of products out there that are labelled “eco” and “green” and “environmentally-friendly”.  Whether they truly are is often up for debate. Sometimes the products offered are more eco-friendly than, say, burning coal, but aren’t exactly offering a big, snuggly hug to Mother Earth either.

Wood pellet stoves and fireplaces have always been popular in countries like Sweden, but they have been gaining popularity in the United States in the last few years because of their green claims and the relatively low cost of wood pellets, but how good are they exactly?

Obviously, wood pellet stoves and fireplaces burn a fuel (wood pellets) and that fuel has to be harvested (wood) – all of which have an impact on the environment. For some, this wouldn’t exactly classify it as eco-friendly, but there’s more to the story. Wood pellets are made from sawdust – the byproducts of sawmilling and other wood-based industries. This means no one is going out there and specifically clear-cutting forests to make wood pellets. In fact, many wood pellets are made from wood from sustainable forests (but it varies, so check that out first!). Considering that this product uses an element of wood that might otherwise be wasted, that ain’t so bad either. Plus, the bulk of sawdust for pellet production is acquired from North American sources – a plus for those who don’t like the idea of becoming energy dependent on overseas countries.

The sawdust is compressed into dense pellets by a hammermill. We wouldn’t blame you if you mistook a handful of wood pellets for rabbit feed (one of these fibre-packed pellets would sure make Mr. Bunbun more regular …. ugh, but don’t try it!). As it happens, there’s a lot of burning power in one little, lightweight pellet. According to Wikipedia, the energy content of wood pellets is “approximately 4.7-4.9 MWh/ton or roughly 7450 BTU/lb” and can burn at up to 90% efficiency. This denseness also allows wood pellets to be stored and transported in a compact manner, which can reduce grey energy (the energy used – like the gasoline in trucks – to get a product from production to a warehouse to the marketplace). That ain’t so bad either. Obviously, it would be best if you lived in an area that produced or had easy access to wood pellets to reduce that carbon footprint further.

Another consideration of how eco or green a wood pellet is, is what happens when it is burned. Wood pellets are considered a biomass fuel – which are defined as “biological material derived from living, or recently living organisms that are used as an energy source.” A wood pellet is essentially all carbon (there’s very little water content to it), so, yes, there are carbon emissions when it is burned. However, in the world of biomass fuels, there’s much more to the equation. The argument from proponents of biomass fuels is that when a tree naturally dies, it will release carbon dioxide and methane into the environment anyway. Therefore, when you use a biomass fuel (by burning it), you’re not actually creating new carbon emissions that wouldn’t already go out into the world at some point (versus, say, coal, that wouldn’t mine itself and be burned in nature). For some, this is just semantics, but for others, this makes wood pellets a carbon-neutral fuel. There is more to pollution than carbon, of course. The biggest complaint about wood pellet burning is the emission of fine dust (particulate matter), however, newer stoves, furnaces and fireplaces have been able to reduce this greatly.

Then there’s the whole “what do I get out of this?” aspect of wood pellet heating: Based on 2010 heating season fuel prices and heating a 1,700 square foot home in a colder climate, switching from fuel oil to pellets can save you approximately $800 per heating season. If you are currently heating with propane, the savings would be about $1,000, and if currently using electricity, $1,800 per heating season.

Now, the newer (most efficient, clean-burning) stoves, furnaces and fireplaces aren’t cheap – the smallest stoves start around $1400 and the nicer fireplaces run around $6,000.

Interested? The information is out there – so research away! Have an opinion on wood pellet heating? Let us know!