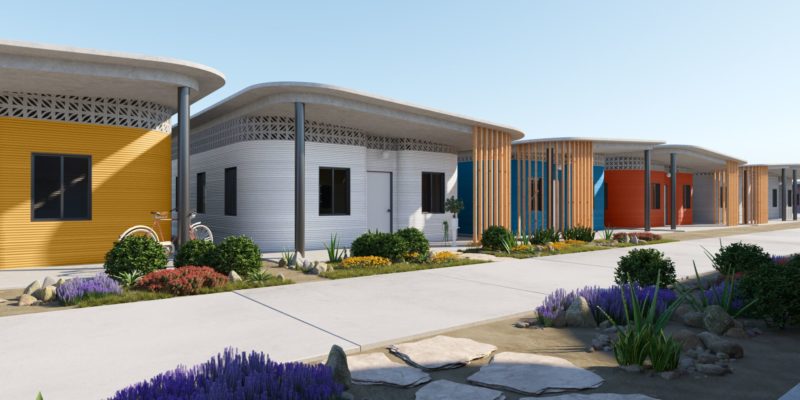 The quest for affordable housing has recently become very difficult for many people in the United States and other industrialized countries, particularly for those who are only making minimum wage. Finding safe, cost-effective housing is a much greater challenge for individuals living in less developed areas. In these places, the average incomes are even lower and natural resources are scarcer. Many of these countries also lack government systems that help struggling families.

According to the New Story website, inadequate housing is a problem that affects over 1 billion people globally. The number of people facing this threat will probably triple in about thirty years. However, individuals with a monthly income of $200 or less currently face considerable challenges when it comes to finding a functional shelter that adequately protects them from the elements and their fellow human beings.

Modern technology provides an intriguing solution to this problem. With the help of 3-D printers, such as the Vulcan II model (shown above), affordable homes can be created in a short amount of time. In fact, one of the first houses made this way was manufactured in Austin, Texas last year in a matter of weeks. Using 3-D technology greatly reduces the amount of materials and labor used to build a home. It also reduces the amount of waste material produced during this process. As a result, it’s clearly a more environmentally friendly option than other methods of home building.

Unfortunately, people in impoverished regions are the last to benefit from new technology, no matter how helpful it might be. That’s why several companies have chosen to step in and lend a hand. The main players in this game are New Story, ICON, and fuseproject, but many other businesses have joined them in their charitable enterprise. The result of this collaborative effort has produced homes for over a thousand people in Central and South America. (Click here to see a video of this process!)

Of course, the future inhabitants of the 3-D village play an active role in its construction. The preliminary designs were created to be adaptable, so that they could easily be rearranged to suit various cultures and climates. The houses themselves are even customizable to some extent. This allows each resident family to select the available features that they like best for their new home. However, the houses are kept simple in design to reduce future maintenance costs.

3D-Printed Houses in the United States

These homes are currently out of the average budget for most people living in less affluent nations. On the other hand, most American families could probably afford one of these houses. After all, the first model home cost about $10,000 USD to create and the newer models are even more affordable. The Cielo Property Group in Austin is currently testing out this theory. They have already purchased their own Vulcan II printer in order to create affordable housing options for their constituents. Who knows? In a few years, homelessness may be well on its way to becoming a thing of the past!

Special thanks to Sara Sturges at fuseproject/Camron PR and Brooke Baugess at ICON  for their help with this article.