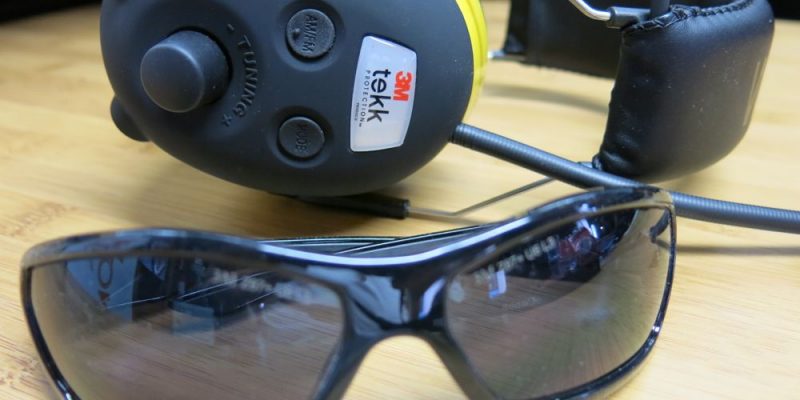 Earlier this year we spent a little time with 3M (and Mike Holmes!) at the National Hardware Show. Aside from comparing hairstyles with the venerable Mr. Holmes, I had a chance to get up to speed on a broad range of 3M products. From spackle to filters, tape to safety gear, we covered a lot of ground. After the show, 3M sent some sample personal protective equipment (PPE) our way, among which was their updated 3M Tekk WorkTunes headphones hearing protector. 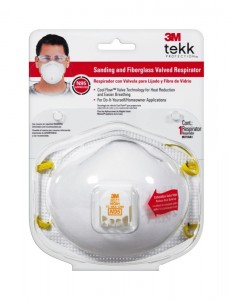 Before I dive into my review of the WorkTunes headphones, I want to mention a couple other 3M Tekk innovations that are hopefully on your radar. If you’ve done just about any amount of construction or home improvement, chances are you’ve probably worn a respirator to protect your lungs from all kinds of airborne nasties that get stirred up on the job site. 3M Tekk remains the gold standard for respirators, in large part due to their Cool Flow Valve that helps vent your breath efficiently. If you haven’t tried respirators with this valve built-in, you’re needlessly breathing a concentrated, swamp-like batch of your own exhaled air that’s probably fogging up your glasses too.

Speaking of glasses, we’ve been wearing some of 3M’s new ForceFlex eye protection too. Their flexible frames, soft rubber accents and surprisingly stylish design have made them my go-to safety glasses lately. They look like regular sunglasses, but with far more ability to protect your eyes from flying debris. I’ve worn clear safety glasses outdoors many times, and it seems that they somehow make a sunny day even brighter than it actually is. If you don’t have a pair of “safety shades” in your PPE gear, I recommend checking out 3M’s ForceFlex safety glasses. I think Norm Abrams would approve.

What’s that you say? Huh? Oh, you’re here to read about the WorkTunes headphones?! Fair enough, let’s talk hearing protection! As you may have gathered from other posts on HomeFixated, I’m very diligent about safety gear, and I’m a stickler for protecting my hearing. After a long history of hating various earplugs, I did finally find the SureFire Sonic Defenders, which I consider to be the best earplug-style hearing protection on the market right now. However, I’ve also always liked headphone style hearing protection, mainly because it’s fast and easy to put on and take off.

Wearing hearing protection, and, headphones in particular, can make you feel like you’re in a still tomb of quiet desperation. In other words, it can be lonely in there! WorkTunes aim to spice up that once hollow stillness with your favorite grunge-ethnobeat-funk-metal band, or, perhaps a talk radio program, where hosts love to yell polarizing vitriol with grandiose claims that the world around us can be easily categorized into black and white categories of good and bad. The choice is yours!

Many of us, myself included, have forgotten about AM and FM radio. Like the reel-to-reel or 8-track, it’s considered by some to be a relic of audio technology. But sometimes the radio is still a great way to take in some aural entertainment. One nifty feature of this new version of WorkTunes is that a voice-over will actually tell you what channel you’re on so you don’t have to remove the hearing protection to view a small LCD (old model). While this feature is useful, trying to manually tune using the voiceover alone quickly becomes an exercise in frustration as you attempt to zero in on a specific station.

Luckily, 3M provided a couple key features you’ll want to use right away. One option is to simply Auto Program local stations. Pressing the mode button until you hear “Frequency Mode” and then pressing and holding the tuning knob will put the WorkTunes into “Auto Seeking” mode. It will then hunt down local stations so you’re not tuning into a bunch of bad frequencies. Another option is to program favorite stations, my personal recommendation. Put the mode button in Frequency Mode again, hunt down your station and then press and hold the Mode button until you hear “Station Stored.”

Once you get some good stations programmed in, you’re able to enjoy your favorite music or talk radio with ease. Tuning seemed accurate and the reception for the stations we occasionally listen to seemed solid with the built-in flex antenna.

If you fall into the “radio is dead” crowd, or you just hate commercials, you’ll be happy to hear these WorkTunes have an aux in jack for your smartphone or mp3 player. 3M even includes an audio cable for you. I’m a big fan of Pandora, so, for any extended use, I definitely preferred using my iPhone and Pandora vs listening to terrestrial radio. The one feature we see missing in this regard is Bluetooth so the audio cable could be ditched altogether.

You can’t have too much bass, right? Wrong. 3M included two levels of optional bass boost, and based on my experience, I’d say this was a feature they should have left off. While bass boost does its job, it also destroys much of the audio clarity, resulting in a significantly lower sound quality (at least for the music I tested). My advice: leave the bass boost off.

One last point is more a general precaution. With normal hearing protection, it’s sometimes easy to lose track of your surroundings and potential safety threats. With some thumpin’ tunes crankin’ on your WorkTunes, you’re even less apt to hear warning sounds in your surroundings. As a result, we wouldn’t recommend the WorkTunes for any environment where you need to stay aware of sounds around you. And, don’t blast the music too loud, or you’ll be making the ironic error of taxing your hearing when you’re wearing a product to protect it.

Editor’s Note: While being aware of your surrounding is still vital, 3M relayed the following info to us regarding blasting tunes – “You won’t be able to crank up the radio or your mp3 player louder than 82 dB so you will not be able to hurt your hearing. To put that dB level in perspective, you can listen to 85 dB for up to 8 hours without hearing loss (per OSHA’s standard for the threshold of when someone needs to begin wear hearing protection). We have 82 dB as our limit, which is about half the intensity of 85 dB (rule of thumb….for every 3 dB increase, it roughly doubles the intensity of the sound).” Rock on!

If you often find yourself stuck in the garage or shop, doing hours of loud sanding, cutting, etc., then WorkTunes can not only protect your vital hearing, but it can also ease or eliminate the tedium that comes from loud, repetitive tasks. Once you try WorkTunes, you’ll realize any other hearing protection is downright boring in comparison.

You can find the 3M Tekk WorkTunes online at NorternTool.com for around $60.

Make sure you get the newer version. It sports the audio prompts, has a more padded headband, and it lacks the LCD display that was pretty hard to read while you were wearing the old version. Rock on!