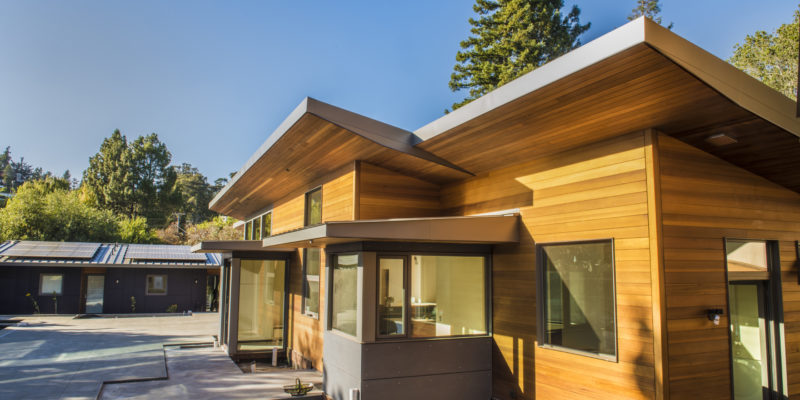 No, I’m not suggesting you fashion a magic wand out of bamboo, as the title might imply. However, according to BamCore CEO Hal Hinkle, timber bamboo is the most eco-friendly building material on the market today. Bamboo, in general, is also super strong and has many potential applications. BamCore Prime Wall System is just one example of a product that uses the often overlooked raw material. Not only is bamboo eco friendly and strong it is pretty and (in some cases) soothing to look at. From keyboards to baby beanies to building materials bamboo is an underused raw material that has a lot to offer.

After much research, I have come to the conclusion the greatest area of potential carbon footprint reduction as it pertains to bamboo as a raw material is actually in the building industry. BamCore is a company on the cutting edge of making their bamboo based wall system available to the masses. “BamCore” stands for “bamboo core”, as in the core of of the company’s dual paneled hollow wall system. The Bamcore Prime Wall System is manufactured from flattened bamboo timbers. Each panel is made up of four non-heat, non-chemically fabricated bamboo layers that are laminated by non-formaldehyde glue which is then sandwiched between two 1/8” panels of Douglas fir veneers.

The panels are patented and building code compliant. 90% of studs, headers and plates found in traditional building materials have been eliminated. One of the biggest advantages of this technology according to BamCore is, that the “vast majority of thermal bridging has been eliminated” because BamCore’s hollow wall design allows for continuous insulation fill unlike normal batting insulation which leaves gaps next to each wood or steel element thus increasing thermal loss. Eliminating thermal bridges also translates to eliminating acoustic bridges which means quieter work and living spaces. With an STC (Sound Transmission Class) rating of 52 from an outside lab, BamCore Prime Wall System is better at attenuating sound transmission than many specially designed acoustic walls.

The company was founded in 2008, then spent the next eight years researching, developing and patenting BamCore Prime Wall System technology. The challenge they faced and conquered revolved around how to take round hollow timbers and flatten them into a wall without using strength-reducing and environment-depleting/polluting chemicals and/or heat. It’s quite brilliant when you think about it. BamCore took this:

And turned it into this:

Utilizing their proprietary technology, BamCore extracts measurements and details from a building’s architectural design, which is then used to create “customized wall fabrication, queue production and orchestrate delivery and installation,” which takes the guesswork out of measuring and saves time and money in the long run.

According to Zack Zimmerman, BamCore’s Director of Business Development, their patented timber bamboo is “the next generation of building bamboo based products.” The biggest drawback to using this product is the fact that reception to it has been “feverishly good” according to Zimmerman, thus demand outweighs supply. Currently there are approximately 18 buildings that have been constructed using the BamCore Prime Wall System. Three times that are slated for construction this year. BamCore is “trying to scale up in an efficient manner that allows natural sustainable growth” says Zimmerman. In the meantime production is done at the company’s beta factory, which limits their ability to crank out the product. Zimmerman feels hopeful about the current state of affairs with regard to BamCore’s financial future and its ability to grow in a way that is organic and sustainable.

The Science of Reducing Carbon Footprint

Quantis, sustainability consultants, were “asked” which I assume means contracted by BamCore to conduct a Life Cycle Assessment or cradle-to-grave carbon footprint analysis on the BamCore Prime Wall System. Apparently the building industry is the sector responsible for the most greenhouse gas production (GHG), 38% to 49% even exceeding transportation…who knew? In a nutshell, BamCore’s Prime Wall System technology, if adopted on a large-scale, has the potential of reducing our carbon footprint by leaps and bounds. If you are a science geek and would like to know the percentages and specifics you can find the Quantis report here and BamCore’s commentary about the analysis here.

While not BamCore, this Ted Video shows some very cool more traditional use of Bamboo as a building material:

For those of you who don’t believe in global warming, another benefit to timber bamboo is the long-term money-saving aspect the owners of BamCore promise if you use their product, as well as its ability to keep you warm/cool, whichever you prefer depending on where you live. Reducing the thermal bridge reduces heating/cooling costs plain and simple.

“Bamboo will treat you well if you use it right”, Elora Hardy, Founder and Creative Director of Ibuku

The BamCore Prime Wall System is just one of the earth-friendly products that seeks to incorporate sustainable bamboo into the fabric of our architectural landscape. Check out some of the links below to explore the creative ways in which it is being used to reduce our carbon footprint.