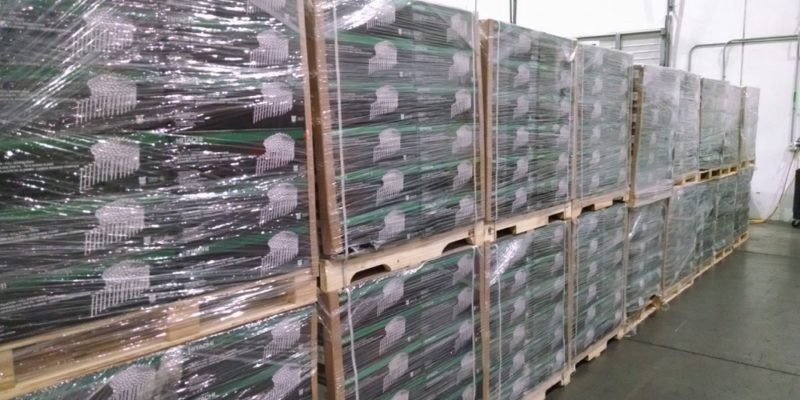 Lots of changes are happening with the new, improved Hitachi Power Tools. Since being sold by the giant Hitachi parent company to the investment firm KKR & Co. L.P. last year, the brand is being reinvented under their new ownership. Having previously been a tiny business unit representing less than 2% of a giant corporation (including the assets of sister brand Metabo which Hitachi bought a year earlier), their newfound market agility has freed them up to spend more money for developing and promoting new products like Hitachi MultiVolt (more on that shortly). And, holding their first-ever media event, which I am reporting from, held at the spacious Hitachi North American office, distribution center, and service/repair center just outside Atlanta.

That’s right. As of today we are allowed to share the news that Hitachi Power Tools will be renamed Metabo HPT (High Performance Tools) in the North American market. The name change was part of the deal when the Hitachi Koki tool division was sold off from the Hitachi parent company. The tools are being branded Hi Koki in Europe and Asia since the Hitachi Koki name was already familiar over there, but since the name sounds more like a Pokemon character or raver drug to us, we are getting our own brand name.

Whether or not the purchase of Metabo by Hitachi a few years back was made in part to secure the name is not certain. But if so, it might answer some of the questions surrounding the unlikely merging of the two tool manufacturers. The first glance of an iconic “Hitachi” framing nailer with a Metabo HPT label will probably seem shocking–especially since the Metabo font will look the same as always–but this too shall pass. As stated in the last Hitachi report, the current Metabo tools will remain a separate brand and business, and no cross-compatibility is planned between the Metabo and new new Metabo HPT tools, chargers, and battery packs.

OK, back to our regularly-scheduled Hitachi coverage:

As part of their look forward, the brand is focusing more attention on the pro market and less on manufacturing price-point models made for home center buyers. Hitachi is tooling up to follow the vision of their marketing department which boldly predicts that in five years 80% of the tools pros use will be cordless, with the remaining 20% being high-energy-demand corded tools that will be powered by brushless AC motors for maximum power and efficiency. When asked about pneumatic nailers, Hitachi predicts that they will be made obsolete by battery-powered, hose-free models and thus swallowed up by the cordless tool 80%. Bold predictions indeed, and ones that would mean a major shift in sales for Hitachi since they dominate pneumatic nailer sales in the North American market.

While we’re waiting to see if that all comes to pass, we’ll see a new generation of Hitachi cordless tools and a flexible-voltage battery platform first. And it’s interesting to note that in some places they’ll be branded differently. As part of their parting with the Hitachi parent company in Japan, Hitachi Koki (koki being “power tools” in Japanese), announced last year that it is changing its brand name to Hi Koki in the Asian and European markets.

To both support their existing standard size cordless tools and facilitate the introduction of mightier ones, Hitachi is releasing a dual-voltage battery platform named MultiVolt to fit them all. The battery packs will provide 36 volts to the new Hitachi MultiVolt tools, and 18 volts with twice the amp-hours (Ah) to standard tools. The MultiVolt packs already out in other parts of the world are 2.5/5.0 Ah, but for the power hungry U.S., ours will be 4.0/8.0 Ah packs.

These new 36-volt packs are different than Hitachi’s existing, (but rarely seen) 36-volt battery system and the company has no 18- or 36-volt cordless tools or battery packs in common with their Metabo division. There are no plans for cross-compatibility, but the MultiVolt batteries will utilize the same high-density lithium ion cells as the Metabo LiHD battery packs.

New 36-volt Tools on the Way

This August, a slew of new Hitachi MultiVolt 36-volt cordless tools will arrive for the North American market. We got our hands on some preview tools at the media event, but most of them won’t be in hand until their late summer launch dates. When the big green stork flies in from the East, it will be delivering the following cordless bundles of joy:

Dates weren’t clear on other new 36-volt cordless models, but following the first round of MultiVolt tools there will also be:

I’m not sure of the proposed battery platform, but I also heard mention of a battery-powered bicycle. It was mentioned with sort of a wink, but it was a serious wink so when one does come out, remember you heard it via my super-reporting powers first.

Hitachi already has a good start on battery-powered hoseless nailers taking over for pneumatics. Their “Air Spring” powered tools have a re-used charge of air inside for actual pneumatic driving performance, and each one that I have tried out proved capable of getting the job done. I am especially impressed with the standout framing nailer, which is already undergoing rolling second-generation changes. For example, its wire bail rafter hook was not well received so it is being replaced with a sturdier aluminum hook. And certain wear parts in the driving mechanism are being made easier to maintain.

But for now, pneumatics still rule the job site and can’t be ignored just yet. To meet the demand of framers shooting larger nails—namely 3 1/2 x .162-inchers, Hitachi brought back the old NR90 nailer. And to make the safe use of their framing nailers extra clear to users who may not read (or lack access to) the owner’s manual on the job, a small bolt now has to be removed to switch the driving mode to bump fire. Once removed, the switch can be toggled back and forth with no hindrance, but the deliberate action of removing the bolt helps keep Hitachi in the clear for legal purposes at least.

On the heels of their highly-regarded (but discontinued) cap nailer, Hitachi is developing a new pneumatic cap nailer capable of shooting the long nails needed for attaching insulation sheets in colder climes north of the border. For more general use, they released their first cap stapler for attaching housewrap and other building textiles. Of course, a battery version of this stapler is already on the way too. What’s next? I definitely heard talk of a battery-powered hardware (a.k.a. TICO) nailer and a roofing nailer. Yes, roofers are the fastest gunslingers on the job site, but Hitachi feels up to the challenge of making a tool that can rapid fire four nails at a time. Viva la Revolucion!? We’ll see.

With the new OSHA standard on crystalline silica well in place, every power tool company has to be concerned with clearing the air on concrete and masonry jobs. Enter Hitachi’s new dust collection HEPA vacuum. Hitachi’s vac is a reliable make just like the Metabo version that has tested well for me in the past. The vac has a tool-triggered outlet, and 3 modes of operation: manually switched with automatic filter clean enabled or disabled, and tool-triggered with automatic filter cleaning.

The dual filters are mechanically shaken with electromagnets so the airflow is never interrupted like on vacs that vent the airflow backwards through a filter to clean it. And instead of operating on a timer, a sensor in the vac only triggers the filter cleaning when it senses a preset drop in airflow. Like the current Metabo model, the vac’s 130 CFM gives it OSHA Table 1 compliance with grinders up to 5-inches. Both models will get an upgrade in the next year boosting the CFM to 150 or higher for use with 6-inch grinders as well.

Hitachi’s job site workhorse circ saws are new and improved, and models within the newly christened “Ripmax” line will be available with and without a motor brake. The saws feature a bevel angle bypass that lets the saw tilt 10-degrees past the 45-degree stop. A novel feature is the cord minder clip for holding the power cord perpendicular to the cutting direction to help keep it from hanging up at the edge of sheetgoods. Perhaps cordless tools have become so commonplace that we now need devices to help out with the annoyances of using corded tools again. I say this only half in jest…

It’s always fun to see Hitachi’s oldie-but-a-goodie rebar bender/cutter do its thing. You want a 45-degree bend in rebar up to 5/8-inch thick? Easy. 90-degree? 135, 180? No problem. Shear straight through? Sure thing. As fascinating as it is to see this tool effortlessly make pretzels out of high-grade steel, I think it’s even more fascinating that a cordless version is on the way.