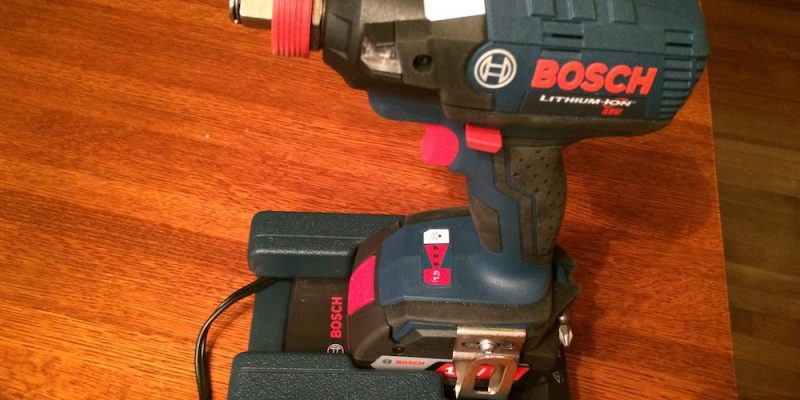 Throughout history, mankind’s inventions have often translated into better tools and work environments. First came the wheel, enabling us to have healthy, nutritious meals delivered to remote job sites via the roach coach. Then Al Gore invented the Internet, and now Marc can Tweet out pictures of pink cement trucks and drill-powered bicycles in real time. The R&D teams at the major toolmakers keep cranking out ideas to make their tools lighter, more convenient, and more powerful: Keyless chucks, Li-Ion batteries to replace NiCad, and brushless technology, for example. And, as they used to say on Monty Python, now for something completely different. The engineers at Bosch have been busy, and they recently sent us an example of their latest breakthrough: The Bosch Wireless Charging system.

The system allows users to recharge a tool any time it would otherwise rest idle, eliminating downtime and helping to avoid dead batteries. They’ve actually nicknamed it “The Downtime Destroyer,” which also happens to be what I sometimes affectionately call my wife and her honey-do list. And I say this without fear of reprisal, because I know she never reads these posts. And how can you roll out a new tool without a heavy-metal music promo video?!

How Wireless Is Wireless?

When I first heard the term “Wireless charging,” I had visions of working happily (more or less) away, running in big screws with my impact driver. Meanwhile, a Wireless Charging Transmitter would be tucked safely off to the side, beaming out fresh electrons to keep my battery nicely topped off. As is often the case, I was a bit out of touch with reality. Here’s how it REALLY works:

The Bosch wireless charging system makes use of a special battery and charger. As the folks at Bosch explain it, this power tool advancement is based on the concept of contactless energy transfer, also known as inductive charging. When the charger is plugged in and the compatible battery is placed on it, the charger begins wirelessly transmitting an alternating magnetic field.

The battery, which contains an internal copper coil, acts as a receiver. As the alternating magnetic field penetrates the coil, voltage is induced and a charging current flows to the cells until full. Similar to conventional charging, the battery and charger are in constant communication during the charge process to ensure proper charge and a long battery life. At the 2015 Consumer Electronics Show, Bosch’s Steve Wilcox explained the basic concept of the Bosch Power Ready Wireless Charging system:

The two key components of the Bosch wireless charging system are the charger and the battery. The first available battery is the Bosch 2.0 Ah SlimPack 18V battery, model WCBAT612. Its bulked-up big brother, a 4.0 Ah FatPack battery, WCBAT620, will be available in fall of 2015, for around $129. Both batteries are compatible with all Bosch 18V power tools and chargers. This means that if you switch over to the Bosch wireless charging system, your collection of 18V Bosch tools isn’t suddenly obsolete. It also means if someone steals your charger or you don’t happen to have it along, you can charge the wireless battery old-school, on any 18V Bosch charger. Both batteries make use of Bosch’s CoolPack (hip cousin of SlimPack and FatPack) technology, which improves heat dissipation and extends battery life twice as long as packs without it.

The charger, aka the Bosch WC18C, will charge either wireless battery. A full charge takes about 50 minutes, and an 80% charge takes approximately 30 minutes. Five LED status lights make it easy to tell how much juice is left, and to monitor your charging progress. Each charger also features Foreign Object Detection (FOD), which detects when any other object besides the compatible battery is on the charging pad. If sensed, the charger will not turn on until the evil intruder is removed. This prevents conductive materials, such as bolts, washers, nails or even metal shavings that might inadvertently fall on the pad from heating up. When I placed a pair of needle-nose pliers on the charger to try it out, the warning light on the charger flashed off and on, and my pliers didn’t spark, glow, or gain any new powers.

Those two components allow you to get to work, wireless style. To make that work more efficient and convenient, there are a couple of options available. If you’re a pro on the go, the Bosch WC18H Mobile Holster is aimed at you. The holster offers users the industry’s first customized charging and storage system. This durable holster can be mounted to any shelf or side wall, for quick and convenient tool charging and storage when you’re on the go or during downtime – no need to remove the battery from the tool. The holster comes with three interchangeable inserts, to fit various tool chucks.

Users can customize how they mount the holster to best fit their work style – vertically or horizontally, in a truck or van – for easy grab-and-go access. It can also be mounted on a stationary workbench or set of shelves in a workshop. Since the tool is always charging when stored, pros are power ready for the entire work day. An enclosed top with its custom insert secures your tool (Bosch Compact Tough and Brute-Tough Drill Drivers, Hammer Drill Drivers, and Impact Drivers) and battery to the charger during bumpy vehicle travel.

Another accessory to help keep you organized and productive is the Bosch WC18F Wireless Charger Frame. The frame can be mounted to any horizontal or vertical surface, and the charger locks into it. Just slide the battery into the frame, with or without the tool in place (if mounted horizontally), or battery only (if mounted on a vertical surface). The frame makes sure the battery is perfectly aligned for charging, and keeps your tool secure and accessible.

The kit Bosch sent us to evaluate came with the battery and charger, along with a holster and a frame. After unpacking it, I slapped the battery onto my Bosch IDH182 impact driver, plugged the charger in, and set the tool down on the grid. The charging indicator lights went to work, and the battery charged up fairly quickly; it went from one bar to fully charged in about 40 minutes.

Next, I played around a bit with the various components of the Bosch Wireless Charging System. I slid the charger into the tray, and slid the tray into the holster, with the cord routed through the rear of the holster. The holster has two tray guide slots. The upper one is for the 2.0 Ah battery, the lower for the larger 4.0 Ah unit. Everything locks firmly together. I inserted and removed the impact driver several times; as soon as it’s fully inserted, the charging indicators light up and it begins charging. The driver also locks nicely in place; it takes a firm pull to get it back out. This is a good thing, especially if your roads are a pothole-infested mess like ours; getting jostled around in a moving vehicle shouldn’t be any problem.

Next I tried out the frame. Again, the frame can be mounted on a workbench or vertically on a wall. Since benchtop space is always at a premium, I mounted it on a wall. You might have noticed that the charger mounts into the frame from below, and this might make you concerned that the charger could fall out of the frame. Trust me – NOT gonna happen! These things click together so solidly they’d be tougher to separate than newlyweds on their wedding night.

When the frame is on a horizontal surface, the battery can be slid in with or without the tool attached. When it’s on a wall, however, Bosch recommends the battery be removed from the tool before insertion. Naturally, being an inquisitive guy, I tried it with the tool attached anyhow. It holds it fine, but I could see where over time, the weight of the tool, plus the added stress of removing and inserting it, could weaken the plastic frame to the point where the tool comes tumbling down. And that would be bad.

Who Is Likely To Lead The (Wireless) Charge?

So who could benefit most from the Bosch Wireless Charging System? My guess is mobile professionals – HVAC techs, plumbers, repairmen and other service technicians – would LOVE this technology. Finish up your job, slide the tool into the holster, and head off to the next stop, with the tool charging all the while. No more worries about dead batteries. One thing to note: Bosch recommends using a pure sine wave inverter to provide power. Apparently, using an impure sine wave inverter – if there is such a thing – can cause a malfunction or other undesirable outcome. I’d combine the holster with a frame back in the shop or at home, so the battery can be stored indoors and get fully charged overnight.

The other work environment that could really benefit from this system would be a production shop, and places like maintenance garages. Typically, power tools are used intermittently, for varying periods of time. When not in use, they get set down…wherever. Next time the tool is needed, the search begins, and at some point the battery dies, and needs to be swapped out. With the Bosch Wireless Charging System, users get in the habit of setting the tool down on the charger, or sliding it into the holster. Next time it’s needed, they know right where it is, and meanwhile it’s gotten a fresh jolt of juice.

Like all other Bosch tools I’ve had experience with, the Bosch Wireless Charging System is ruggedly made, and should hold up to real-world use (and abuse) for a long time. The components of the Bosch Wireless Charging System are available separately, or in numerous combination kits. To find a retailer where you can go get hands-on with wireless, check out Bosch’s store locator. 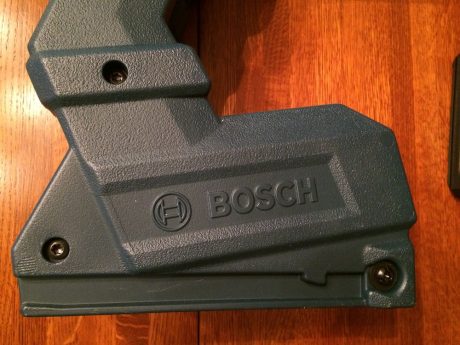 Just a few of the options available from Ohio Power Tool: