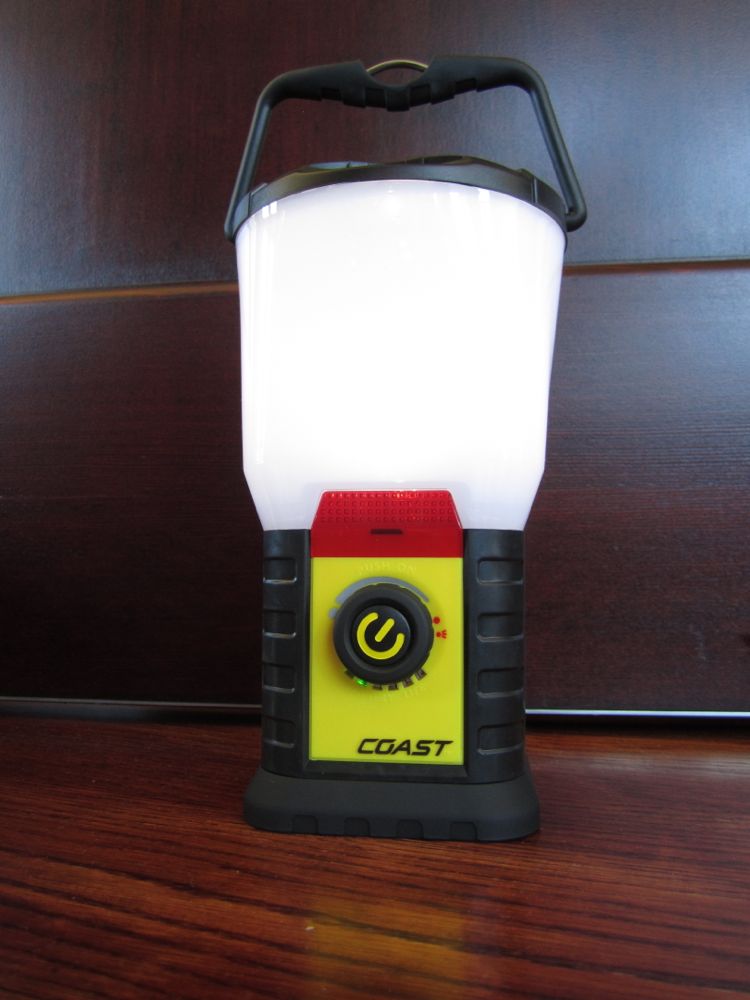 Last year there was an epic power outage that effected a good chunk of the southwestern United States. There’s nothing like an extended power outage to get you back to the basics of what you truly need when modern conveniences like electricity fail. If that power outage lasts into the night, one essential you’ll want plenty of is light. Without it, basic survival tasks like cooking or even finding food in the dark recesses of your home can become impossible. Many people rely on candles for emergency lighting. On the plus side, they never run out of batteries, they’re cheap, and as long as you have matches or lighters, they’re ready at a moment’s notice. The downside to candles is that they can very easily burn down your house. That’s a pretty big downside, and it’s also good reason to consider investing in something like the Coast LED Area Light.

Coast sent us one of their Emergency Area Lights (or EAL’s) recently. Although we haven’t suffered through another epic power outage, we’ve had a few weeks to play around with it. Let’s start off with the basic spec’s straight from Coast and then get into our impressions of the EAL 20. 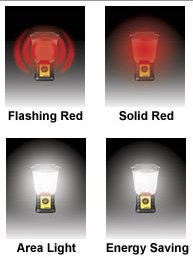 Light Output
At 125 Lumens, you’re not likely to melt anyone’s eyeballs with the EAL20. That’s probably a good thing. The last thing you want in an emergency is a reenactment of that Nazi face/eye melting scene in Raiders of the Lost Ark. We found the light output from the lantern to provide adequate light to illuminate a small to medium sized room. Assuming you’re not doing a pencil sketch duplicating the Sistine Chapel, the EAL from Coast casts plenty of light for most tasks, from repairs to reading. In addition to the dimmable white light, you can also dial in solid red or flashing red, both of which are quite attention-grabbing. The solid red light is also handy for preserving your night vision.

Dimming
Like the Coast HL7 Headlamp we reviewed, the EAL features dimming functionality that lets you adjust brightness based on your task and battery conservation needs. Unlike the dimmer on the HL7, we found the lantern dimmer a bit rough around the edges. Light output tended to flicker when dialing the brightness up or down, although the light would usually stop flickering once a desired level was selected. We also found that sometimes when rapidly cycling from the extreme settings the dimmer would stick at the prior setting until the dial was moved again. The dimmer is functional, but we’d like to see a higher quality dimmer system used on future models. Another oddity with the dimmer was a quiet buzzing sound. If you’re anywhere with ambient noise you probably won’t notice it, but if you’re in a silent room you may hear a faint buzzing from the light. I would guess the sound is from the dimmer since the sound went away when the lamp was in red or red flashing mode (neither of which use a dimmer).


When you’re relying on an area light in an emergency, it’s nice to know what kind of battery life you have left. Coast thoughtfully included a battery life indicator with the EAL20. Green = 100-60% battery power remains, Orange = 60-30%, and Red means just 30-0% left. Once you’re down to red, it’s time to think about spare batteries or seriously training your night vision. We’re not sure why the battery indicator area has about 6 small windows when there are only three colors that show. Three windows, or even one window with a single LED that changes color would have made more sense to us. But even so, the color gives you a quick and easy assessment of your battery status without any guesswork.


With the batteries housed in the square base of the lantern, the EAL enjoys a solid stance and low center of gravity. It would take a lot to accidentally tip the light over. A fold-away handle tucks neatly away or makes carrying the light around an easy and secure operation. The handle also has a metal loop integrated into it, making it easy to hang the lamp from string or rope. The battery compartment is accessed via a large dial at the bottom of the lamp. Once unscrewed, the base simply pops off to reveal the four D cell batteries (sold separately). Overall construction feels solid, including several rubberized components. Although we think there’s some room for improvement with a couple of the components (namely the dimmer and battery life indicator design), we’d be happy to have the Coast Emergency Area Light on hand in an emergency situation. In fact, we’d be happy to have it on-hand on some non-emergency situations like camping or road trips as well. With the size of the EAL, these likely won’t find their way into most glove boxes, however they can be a handy item to keep in your trunk, on your RV, or possibly in your boat. Although noted as “water resistant” on the packaging, these lanterns are not designed for heavy water exposure, so a Waterworld-esque, aquatic apocalypse scenario might not be ideal. Its impressively long battery life will likely provide useful light long after other lights have burned through their batteries. We also like the fact that the EAL20 emergency lantern seems very unlikely to burn your house down. No one wants a second emergency (house burning) caused by an initial emergency (no electricity/lighting). At just under $30, the Coast EAL20 Lantern 4D Emergency Area Light

is worth considering for your home and or vehicle’s emergency kit. If you happen to be reading this in April, 2012, you can enter to win the EAL20 and three other awesome Coast prizes in our Free Stuff Giveaway!