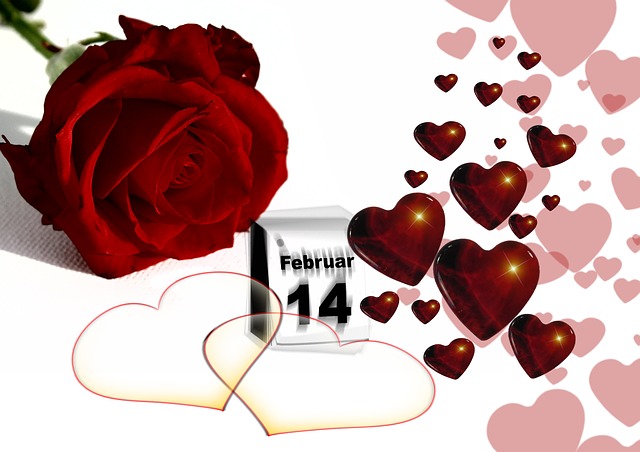 Well, it’s almost time for that major obligatory holiday many of us end up celebrating, whether we like it or not; Valentine’s Day. I don’t mean to sound disconnected or disheartened but I just think if we were to celebrate the holiday a little truer to historical events, well, it would be a bit darker than chocolates and heart shaped antacids. With that said, here are five pretty awesome yet manageable DIY gifts you can still manage to do without spending half your paycheck and a full day waiting in line at the Hallmark Store.

Its been my long lasting belief that nothing does more or goes further than duct tape. I’ve fixed an innumerable amount of things with that shimmering stuff. Heck, I’ve even made clothing and hunting accessories from it before. So why not express your love for your significant other with a material that is somewhat stinky and, at least in California, has a component that has been known to cause cancer (actually I made that up, but most products seem to carry that label out West).

In what looks to be about 10 minutes of your time on Instructables you can have a fairly realistic duct tape rose that is sure to wow both redneck and hipster alike.

So the Instructables version of this one gets a little geeky but never fear, me thinks you can do it low tech as well if you’re so inclined. Trace out your message on card stock. It could be romantic in nature, or, if you like a little absurdism then stick with one of his. My favorite is ‘Thanks for Not Calling the Cops’. So romantic! Then get your hobby knife a fluttering and as fast as a Ginsu knife can dice a onion you’ll have your sweet message.

Glue some paper to the underside, fold in half and you’ll have a home-made card that doesn’t look look like a four year old made it.

This is my last pull from instructables, I swear. But I couldn’t pass it up. It’s a bit more difficult than the duct tape rose but a little cooler and more meaningful. Start with a large round peg and then start hacking away. Soon the hearts will reveal themselves to you. Ok, so maybe you’ll need to do a little more planning that that, but it’s well worth the foresight. A little light sanding and staining and you’ll have a sweetheart of a wood chunk for your sweetheart.

Got some wire around? Don’t throw that mess out or even recycle it, make some jewelry instead. Sure, it’s not diamonds, but copper can be a girl’s really close friend. Using some excess ground wire (or if you want to go through the process of stripping the insulation off of the hot or neutral wires) loop and shape the wire using needle-nose pliers. Take your time and you might just make something that doesn’t look half bad. Just be sure to do something unobtrusive with the cut ends so that it doesn’t turn ugly quickly. Red is great for this holiday, but not when it’s from a bleeding finger of your sweetheart. I suggest either soldering the ends together or filing them round.

Of course, if you want to go super simple try a wooden heart using a jig saw or scroll saw. It’s cheap and super easy! If you wanna make it more mooshie, cut it into an actual jig saw puzzle to put together Valentine’s night (scroll saw highly recommended if you go that route). Or, if you want to get artsy, creative (and weird/awkward) try making some other organ like Tim did below! “A heart may say I love you, but a kidney says ‘I gotta go!'” We’ll leave the choosing of appropriate organs at your discretion.