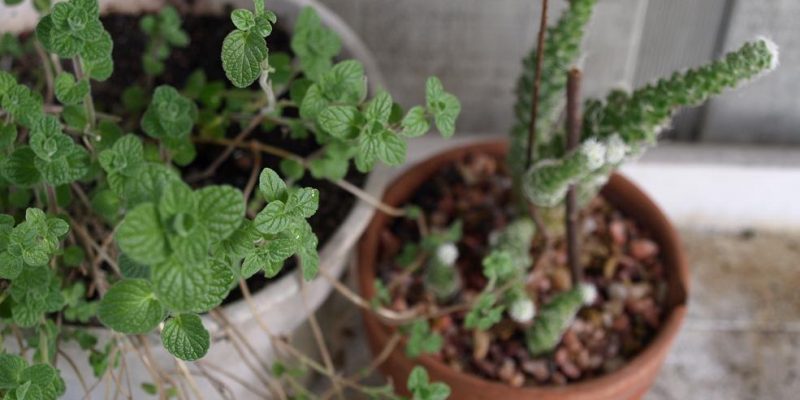 Drought conditions can make gardeners contemplate rolling up their water hoses and temporarily throwing in the trowel. Or at least, that’s usually the case. This year, it hasn’t rained in two weeks and the temperatures are climbing. I’ve found myself forced to return to my warmer weather watering system. The drought we’ve been having clearly isn’t doing the plants any favors. However, limited water situations have begun to be the norm more often than not, particularly in some areas. The demand for drought resistant plants keeps growing. But trying to pick these species out of a crowd can be challenging. So why not read on for some suggestions?

I do a lot of gardening in containers, which dry out a lot faster than in ground plants. This becomes even more the case when temperatures climb. As a result, I’ve noticed which plants can take a little bit of abuse and which ones are likely to fall over dead if they’re not kept perfectly pampered. (Orchids! I’m looking at you!)

Mediterranean herbs in general are a good bet if you’re looking for species that will survive for a bit without watering. These grow in places known for their sunny, dry weather. My bay plant even had problems a while back because a good soaking twice a week seemed to be more than it could handle.

Mediterranean herbs include what most people tend to think of when they think of culinary perennial herbs. Bay, oregano, sage, marjoram, lavender, thyme, and rosemary are all on the list. Other herb species that might not immediately come to mind but don’t need a lot of water include myrtle, saffron, wormwood, winter savory, purple coneflowers, and yarrow.

However, if water is being restricted in your area, it’s probably a good idea to avoid plants that are in the mint family. This includes the obvious suspects but also extends to plants like catnip and lemon balm that should be avoided. Agastache species, including anise hyssop, are the major exception to this rule since most of them are fairly drought resistant plants.

When it comes to drought-resistant flowers, I’ve discovered that globe amaranth is a very good choice. These plant can withstand the most intense heat without even looking remotely frazzled. Other annuals that would be good choices for gardeners include purslane, cosmos, gaillardias/blanket flowers, and gazanias. Meanwhile, great perennial options include daylilies, red hot poker plants, fall asters, statice, black-eyed Susans, butterfly weed, lantana, salvias, and speedwell. Once they get accustomed to their new space, many hydrangea species could also be considered drought resistant plants. The globe thistle also gets plenty of mentions for being a drought resistant plant but it’s more of a decorative element than a gorgeous flower.

When it comes to drought resistant plants, cacti and succulents are probably the first ones that gardeners could name. But there are some obvious downsides to them that don’t make these species among my first picks. After all, cacti aren’t always a great choice to have around children, pets, or accident-prone individuals. I was merely looking at one in the garden center the day that I ended up with a thumb full of painful, microscopic spines. Succulents don’t usually have thorny problems. But they generally tend to be lacking when it comes to dazzling blooms. (Flaming Katys/Kalanchoes being one notable exception.) Aside from edibility, dazzling blooms tends to be my main reason to put something in my garden.

Neither succulents nor cacti plant groups are known for their ability to grow very fast. This can be a plus or a minus depending on the situation. Many of these species tend not to be very cold tolerant, which can also be a problem in areas with chillier winters. Still, you have to give all these species credit for being able to withstand the full onslaught of a South Georgia summer – triple digit temps and humidity that could kill you, with only one drink per week.

Other Notes On Drought Resitance

Plants that are native to an area are usually less likely to be killed by minor fluctuations in the weather. Therefore, it stands to reason that they’re less likely to succumb to a mild drought. This is particularly obvious when they’re compared with an imported species that’s already out if its element and possibly struggling to survive. There are naturally some obvious exceptions to this rule. After all, some plants are going to be thirsty little buggers no matter where they happen to be residing.

There are also a lot of different grasses that are drought-resistant and can be used for decorative purposes. However, caution should be employed if you plan on planting these species in areas that are prone to wildfires. One spark is all it would take to turn them (and anything near them) into a pile of ashes.

For more information and tips on drought resistant plants, gardeners might also want to look have a look at the following sites: GA drought-tolerant plants, Botanic Atlanta, Better Homes & Gardens, and
Lady Bird Johnson Wildlife Center. Or you might want to look up your own state’s gardening resources for even more recommended plants and xeriscaping tips.