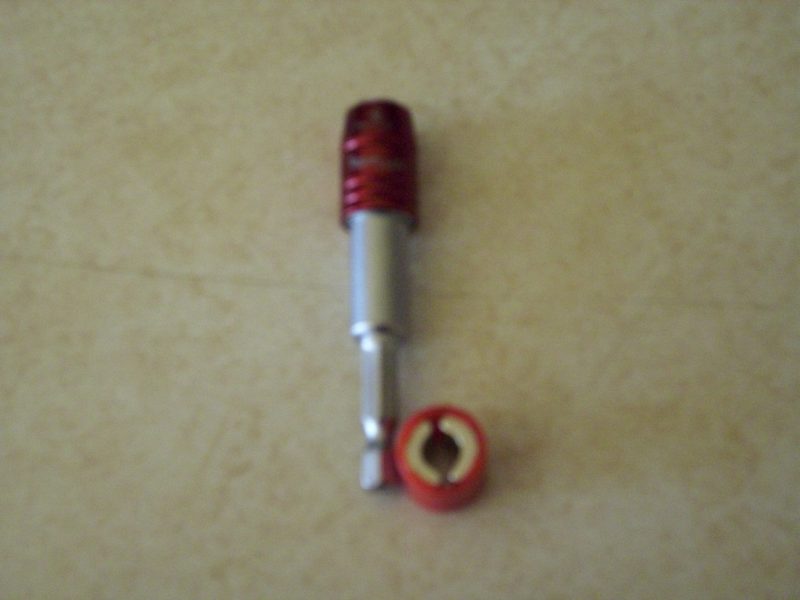 I’m a FastCap fan, as some of you may have gleaned after reading my review of their Screw Wax. Both FastCap’s TaperLock and TipMag are also handy items to have on hand. FastCap sent both products to us to review several months ago. The TaperLock is a gem for a few reasons:

The TipMag boasts “extreme magnetism” and I’ll attest to that as you’ll read momentarily. Whether you’re using a screw gun or hand held screwdriver, the TipMag slips right over the shaft and instantly magnetizes it. Yes, it really does pick up a chisel, another screwdriver or multiple screws — very useful even if just to pick up dropped items. I’ll make a gentle observation though. The picture on the packaging clearly shows the TipMag being used on a hex bit, and because a hex bit happened to be the first one I grabbed to try out, that’s what I used. It didn’t fit, so I roughed it up a bit with sandpaper. It still didn’t fit, so I used a little force and…forced the two magnets right out of their sleeve. I challenge any of you to get those things back into the sleeve without a fight.

I chased them around and it was like trying to catch two toddlers who didn’t want to take a bath. These magnets sucked up everything in sight and attached it to themselves (the table was loaded with different bits, screws, drivers, etc. in preparation for my little experiment) with a fury. It was a comedy of errors and finally, it took two people to return them to their sleeve. So, yeah — the magnets are plenty powerful. My only recommendation would be for FastCap to consider making the lip that secures the magnets a little beefier – and no doubt, their recommendation for me would be to go take a flying leap.

You can buy these items directly from FastCap’s website, or on Amazon the FastCap TaperLock

goes for $11.49, shipping charges not included.