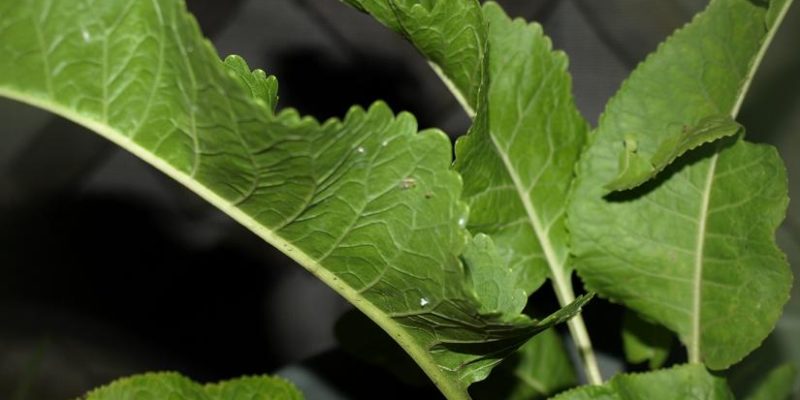 Everyone is pretty familiar with the pros and cons of your garden variety perennial herbs like mints, oregano, marjoram, lavender, thyme, rosemary and so on. But there are some more unusual species that you might want to add to your yard. Since herbs just happen to be my gardening obsession, I’m here to help you give you the real deal on four perennial herbs that have been hanging around my place for years so that you can weed out the ones you want to add to your yard from those that you don’t. Are you ready to grow unusual herbs? Great! Let’s kick things off by heading south of the border!

Touted as the South’s answer to actual tarragon (Artemisia dracunculus), Tagetes lucida has long, flat leaves that also smell and taste like licorice. It also has a bushy growth habit. But Mexican tarragon or sweet mace is from a different family entirely and it shows. French tarragon tends to flake out after a few hot summers if it lasts that long. The most my plants have ever lasted is 2 years. Meanwhile, Mexican tarragon can certainly take the heat. It also produces tiny yellow flowers, giving it a slightly higher aesthetic appeal than its French counterpart. The trouble is that Mexican tarragon is a tad cold sensitive and people who live further north would have to bring it inside in the winter. It also tends to rot in water-logged soil. Be careful of this fact and it should last longer than the flimsy French stuff.

I’m not going to lie. I didn’t find this one in the garden center. The horseradish (Armoracia rusticana) came as part of a special order for a family member who loves it. This plant has a mild, spicy fragrance if you rub the leaves but no flowers to speak of. It also has failed to achieve a good size so that I can harvest the roots. But it has produced a couple of offshoot plants in the meantime. While you can eat the leaves and I have, they’re not particularly tasty. The root is where it’s at. However, my horseradish is in a 10 inch container because I am constantly running out of larger ones. The take away here if you plan on growing this plant in containers and you should because it has hostile takeover issues like mints do, opt for large containers. You might also want to have some bug spray handy. The horseradish has ended up being repeatedly attacked by leaf miners and some mystery bug in my yard that chews the leaves to complete shreds.

This is not an unusual perennial per se but it is still pretty hard to find in garden centers. Given its usefulness in stews, soups, and pot roasts, it is kind of surprising that more retailers don’t sell them. I’d been looking for a bay tree (Laurus nobilis) for years before one popped up at my local Ace for about $8. It has grown from a stick to a few feet tall in the time it’s been with me. As I mentioned, it’s very useful to have leaves on hand for culinary purposes. The leaves also dry up quickly in a warm oven and they keep well. They make great holiday gifts for relatives. However, the downside to bay is that it can be very easy to overwater or over-pick them. They also need a fast-draining potting soil. I’ve had no bug problems with mine but it has grown rather slowly and occasionally has a problem with spots on the leaves. So snap it up if you find it but be prepared to deal with some techy moments.

Another special order plant, anise hyssop (Agastache foeniculum) certainly has plenty of good points. It’s beloved by the bees and other garden pollinators. Humans can eat the flowers and leaves, primarily in teas or in salads. (I personally find the leaves a bit too chewy and not in a good way.) Anise hyssop can double as a flower since it has a striking appearance with bluish purple flower spikes. You don’t have to do anything to get it to come back every year even though it can freak you out because it dies down to the roots in the fall. I haven’t noticed any bug or disease problems either. It’s even native to North America. The trouble is that it has a strange desire to take over every inch of ground in sight. I planted it a few years ago and it’s now growing in at least four different containers in my yard. Think very carefully before you turn this one loose in your garden or you’ll have to deal with the consequences. That’s all I’m saying.

Do you grow unusual herbs in your garden? Let us know your favorites and any growing tips in the comments below. Happy (herb) gardening!