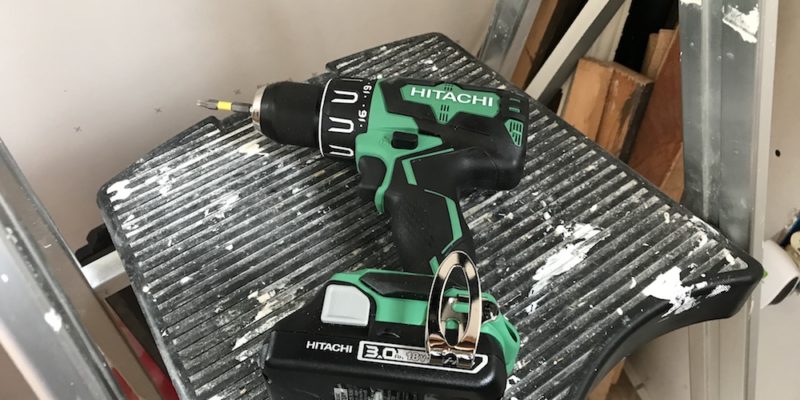 When you’re heading out to do a job, the fewer tools you have to schlep along, the better. If you have one tool that can do several jobs, like the Ridgid JobMax Multitool, for instance, it’s that much less to load up, unload, keep track of, and load up again when you’re done. One way to pare down the take-along list is to use a drill driver that can do double duty as a hammer drill. They tend to be big and heavy though, so we were intrigued when we received a compact Hitachi (now Metabo HPT)! DV18DBFL2 18V Brushless Hammer Drill to evaluate.

Although smaller and lighter than a typical cordless hammer drill, the Hitachi DV18DBFL2 still has an impressive set of features. It has the same robust all-metal 1/2” keyless chuck as the larger drills. The 22-stage clutch, with additional settings for drill and hammer drill, and a high/low gear setting, let you dial in the right amount of torque for the job. The brushless motor is powerful, and makes very efficient use of the juice from the Li-Ion batteries. Here’s the feature list from Hitachi:

Drilling Into The Details On The Hitachi DV18DBFL2

Even though it’s a compact tool, ergonomics on the Hitachi DV18DBFL2 are very good. I have large hands, and the drill fit my hand nicely. On some drill/drivers, the push-through directional switch is too low, and tends to get moved unintentionally; not so with the Hitachi DV18DBFL2. The rubber overmold makes the drill comfortable to hold, and it’s very well balanced. The chuck makes it easy to insert and tighten or remove bits with one hand, and the chuck ratchets them in very securely. In the “little touches” category, I like the fact that it comes with a belt hook.

The Hitachi DV18DBFL2 looks pretty similar to the Hitachi DV18DBL we reviewed way back in 2012. There are some differences, though, beyond the updated green and black body graphics (no more menacing Fu Manchu vibe).

The new compact model is about 1/2” shorter, and almost 2” less in length, than its older brother. (To be fair, most of the height difference is due to the new compact 3.0 Ah battery. The older DV18DBL also has a 3.0 Ah battery, but it’s quite a bit bigger). The Hitachi DV18DBFL2 is also over a pound lighter, at 3.7 lbs. vs. the 4.8 lbs. of the DV18DBL. Toward the end of a long day, that pound makes a big difference.

The light weight and smaller size of the Hitachi DV18DBFL2 make it easier to use for extended periods, and to get into tight spaces. What do you sacrifice for the smaller footprint? A bit of torque. The larger Hitachi DV18DBL cranked out 654 in/lbs. of turning torque; the Hitachi DV18DBFL2 puts out 620, still very respectable given its smaller size. Other performance specs are identical: both drills are capable of 27,000 BPM and up to 1,800 RPM.

The LED light on the Hitachi DV18DBFL2 is actually pretty good. It’s bright, and it’s aimed so it illuminates the spot you’re working on, which is not always the case. The light comes on whenever the trigger is pulled; I liked the setup on the DV18DBL, which gave you the option to shut off the LED, but it takes almost no power, so it’s not that big a deal.

Firing Up The Hitachi DV18DBFL2

We are in the seemingly endless process of totally renovating an old farm house. The Hitachi DV18DBFL2 was pressed into service for a number of random drill-driver tasks, from drilling pocket holes in hardwood to driving 3-1/2” construction screws. It also saw action mixing up a batch of Durabond, and it had plenty of power to mix up a fair-sized batch of the stuff. The variable speed trigger was smooth and easy to operate, no matter the task.

After it had suffered enough at the farm, I brought it along when I went to help out with the installation of a couple of exterior stair railings. We used the Hitachi DV18DBFL2 to drill four 5/8” diameter holes through 4X4’s backed by doubled-up 2X material, for a total of 7” of depth per hole. The drill had no trouble powering through. We also used it to pre-drill for all the railing attachments.

To test out the hammer drill mode, I chucked up a 5/8” masonry bit, and attacked a leftover cement block. The Hitachi DV18DBFL2 easily powered through it, with no bogging down.

Even though the battery hadn’t been recharged after mixing the Durabond, it held up for all the drilling we did on the railing project and the cement block, and still had some juice left. Not bad for a compact 3.0 Ah battery! Per Hitachi, the new compact batteries have the same capacity as the larger 3.0 Ah batteries, and weigh 1/2 pound less. When I did recharge the battery, I enjoyed the fact that the charging process is totally silent. Although quiet, the included charger is not a rapid charger; it took almost 90 minutes to fully charge the battery.

My only small quibble about the batteries? I wish they had a built-in fuel gauge, instead of having to insert them into the tool to check the charge level. Hey, is said it was a SMALL quibble…

Time To Lighten Your Tool Load?

If you’re in need of a new drill driver, the Hitachi DV18DBFL2 is worth considering. Its compact size makes it easy to work with for long stretches, especially when working overhead. It has plenty of power and features for drilling and driving; it’s a capable all-around drill, with the bonus ability to aerate some concrete when necessary. It comes in a sturdy plastic case, with room for several drill or driver bits. I prefer hard cases to canvas bags, which don’t offer as much protection, but that’s just personal preference.

The Hitachi DV18DBFL2 kit includes the case, the hammer drill/driver, two compact 3.0 Ah Li-Ion batteries, a Phillips-head driver bit, and the charger. You sure can’t beat the warranty; the set is covered by Hitachi’s Lifetime Lithium Ion Tool Warranty, 2-Year Lithium Ion Battery Warranty, and 1-Year Charger Warranty. At the current price of around $169, it’s a pretty cost-effective way to lighten your load. 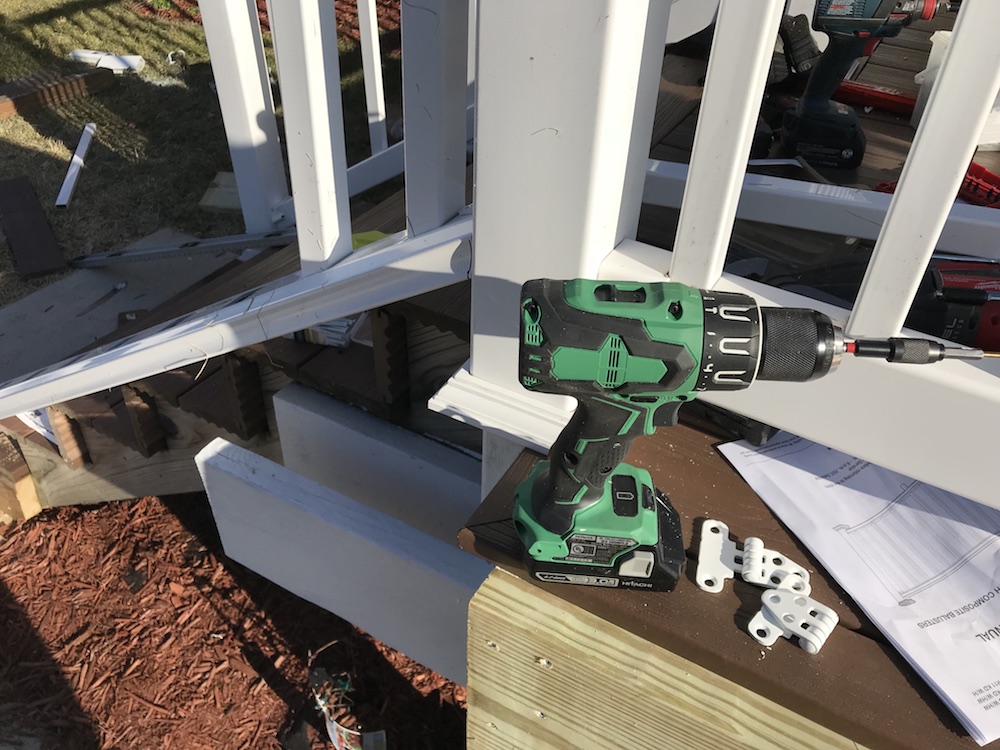 Buy the kit from from Amazon for $169