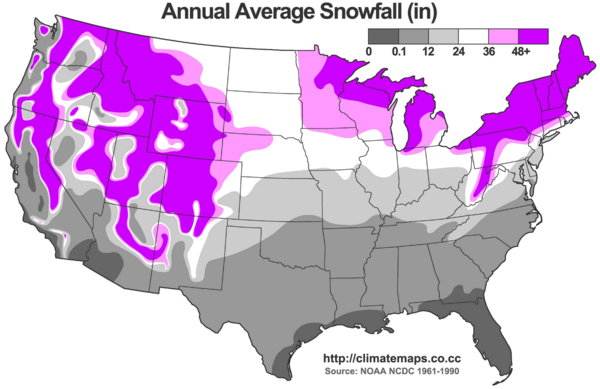 We have a small piece of farm property south of Lake Erie, in an area designated by the professional weather-guessers to be within the “persistent snow band.” Anyone living in such an area is intimately acquainted with the sight of snowplows, snow blowers, show shovels, salt trucks, rusted vehicles as a result of the salt trucks, and, oh yeah…snow.

The term “lake effect,” if you live in California or Texas, may conjure up images of cooling off on warm, sunny days, magnificent red sunsets and drinks on the dock. In the realm of the persistent snow band, however, we experience the TRUE meaning of the lake effect. In a frozen nutshell, it begins with frigid winds sent southward by our Canadian friends. En route, they pick up approximately five billion gallons of murky water from Lake Erie, freeze it, and dump it directly onto our roads, roofs, driveways, heads, and any other surface large enough to accommodate a snowflake.

Welcome to the Frozen Tundra

Our place is on a dirt road, with a 750’ gravel driveway, which is flanked on both sides by hay fields. In spring, summer and fall, we can generally navigate the driveway without too much difficulty. In winter, however, with the hay mowed down and a foot or two (or four) of snow covering everything, the driveway could be just about anywhere.

In winters past, my efforts to chart the driveway’s location consisted of sticking a 4’ fiberglass rod with a reflector on top into the ground near the driveway at 75’ intervals. These efforts met with mixed results, as the ground there is fairly hard (especially when it’s frozen because I waited too long to install the markers — hey, who knew it was gonna get COLD in December…).

The markers that WOULD go in seldom took root in a pleasing, perfectly vertical fashion (picture a short, extremely skinny Leaning Tower of Pisa topped with a cracked blue plastic reflector). The markers that WOULDN’T go in got the persuader treatment, aka the hammer, which generally ended badly, with splintered fiberglass and shards of shattered blue plastic strewn around the yard. A week later, half of the reflectors would be face down on the ground, either blown over by the gentle Lake Erie breeze or knocked over by vicious, malevolent deer.

This year, in an attempt to provide a longer-lasting guide for our snow plowing, I purchased a ten-pack of Mighty Marker Mounts (MMMs), in a stylish shade of orange. (It’s also available in green, for summer use). Mighty Marker Mount, contrary to what you might think, is NOT a huge hill where they make Sharpies; the Mighty Marker Mount is actually a MIGHTY piece of plastic formed into a stake shape, where you securely MOUNT your MARKER. It has a reflective strip around it, so in the summer you can remove the reflector posts and still navigate your driveway at a high rate of speed, reenacting a scene from Tokyo Drift.

The MMM folks developed the product because they were tired of losing THEIR driveways, and having THEIR reflectors (and lawns) mangled by errant snowplows. Their website has a short video relating how it all came to pass…

Staking Out My Turf

Installing the MMMs in mid-December, in semi-frozen ground, was a piece of cake. The mounts are very sturdy, and have a large, 2” striking surface, which you can whack a helluva lot harder than you can a ¼” piece of fiberglass rod, trust me. I used a rubber mallet, as recommended, and the mounts went in easily, and were WAY closer to vertical than my typical marker insertion. After banging each one in, I just slid the reflector post into the center, where it fit snugly, and faster than a snow squall, it was on to the next. The whole process was completed in just a few minutes, and, barring a malevolent Bambi attack, are much more likely to still be in place next time I look. In the spring, when it’s time to start mowing, I’ll just pull them up, throw ‘em in a box in the barn, and be good to go. The mounts are about 10 ½” long; the underground portion is just over 6”. According to the manufacturer, the Mighty Marker Mount was designed to work with a variety of commonly available property markers, including nearly all fiberglass reflective markers. Its built-in gripping channels allow it to work with driveway markers of varying diameter. For those who want to mark their driveways year-round, the green version blends in pretty well with the lawn (once you remove the 4’ reflector rod), and the 360º reflective strip helps to keep you on the proper glide path. The Mighty Marker Mount is available directly from the Mighty Marker Mount Makers. (They hope to have the product on retail shelves by winter of 2013). The company is a small, women-owned business located in New Hampshire. The initial batch of 1,000 units was manufactured in China, but the mold is now back in the US of A. The owners are in the process of selecting an injection molder, and all further product will be proudly made in the U.S. The cost is roughly $5 each, and shipping is free if you spend $25 or more. It’s a well-designed, durable-feeling product, and if you are a fellow resident of the persistent snow band, or you just want to spiff up the edge of your driveway (or if you just like products with alliterative names), the Mighty Marker Mount will be an excellent reflection on you.