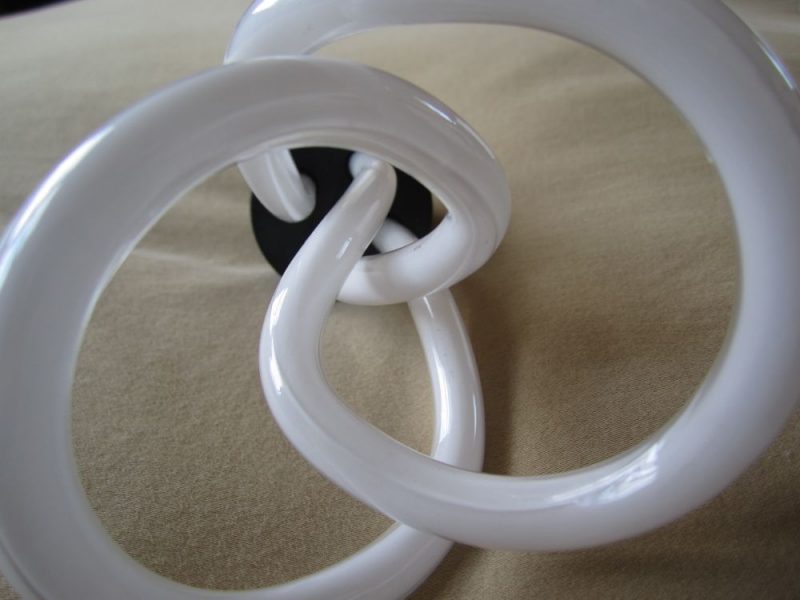 If you’ve been a long-suffering light bulb environmentalist, enduring the ugliness of your pig-tail-shaped fluorescent bulbs in order to save Mother Earth, you’re going to be happy to see what’s new in eco-bulb design.  The Plumen light bulb, heretofore available only in Europe and now made available in These United States, adds pizzazz to your high moral standards.  It’s amazing how a simple style change turns something ugly into a fashionable feature.  The Plumen light bulb is a CFL (compact fluorescent light) gone snazzy. Two tubes swoop down and out from the base, completing outward facing loops before circling around and wrapping through each other on the way back.  The effect is more like a neon sign than a utilitarian bulb.  In fact, it’s really meant to be seen – its large size causes it to protrude from many fixtures that would otherwise conceal Mr. Pig Tail CFL.

Like other CFLs, the Plumen bulb uses 80% less energy than an incandescent bulb, so naturally it saves on electricity and is still good for the environment.  It also lasts 8 times longer than a regular bulb.  There are a few limitations to the bulb, though: it’s incompatible with dimmers, and it’s best used where the light fixture won’t be switched on and off rapidly, which would shorten its lifespan. 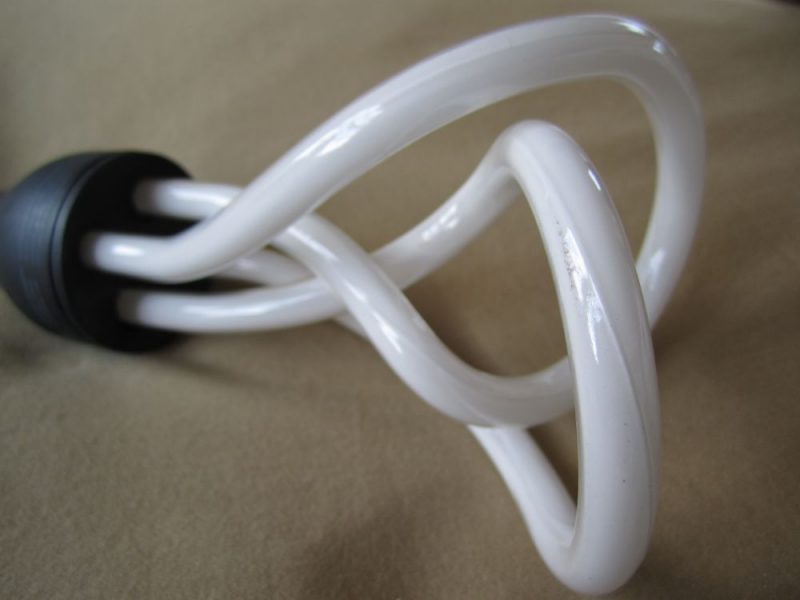 But unlike many CFLs, this bulb gives off good light, not the dimmed or watery illumination that environmentalist die-hards have resigned themselves to.  I don’t know if it’s because of better functioning, a better glass tube, or just its larger-than-usual size, but when I installed the bulb that Plumen sent to HF for review in my old desk lamp (See honey?  With the Plumen, the old metal contraption with the chipped paint and the rusty, groaning adjustment hinge looks way cool again!) it gave off much better light than the standard shaped CFL that had been in there.  It did, however, stick out about 6 inches from the edge of the metal shade, and unfortunately my wife, inexplicably, felt that it did not enhance the appearance of the old desk lamp that I have kept with me since my college days.

If you have slightly better fixtures than I do, or if you’re buying some new light fixtures for a makeover somewhere in your house, take a look at the cool ways the Plumen’s shape can improve, blend, or even provide an eye-popping contrast to your decor.  Or, it can serve as its own light fixture and look very artsy.  And when your friends and neighbors comment on your uber coolness, you can casually mention that the Plumen (named for the plume – i.e. decorative feathers – of a bird and lumen – meaning light) has won many design awards, including last year’s Brit Insurance Design of the Year and also the prestigious Black Pencil at the D & AD awards.  The fact that your friends won’t have the slightest idea what you’re talking about will only add to your coolness factor.  Then you can mention that the design has even been recognized by the Cooper Hewitt collection in New York, and is for sale at MoMA, and you will have for sure impressed everyone.

is available online for $30 or at MoMA, if you happen to live in New York City.