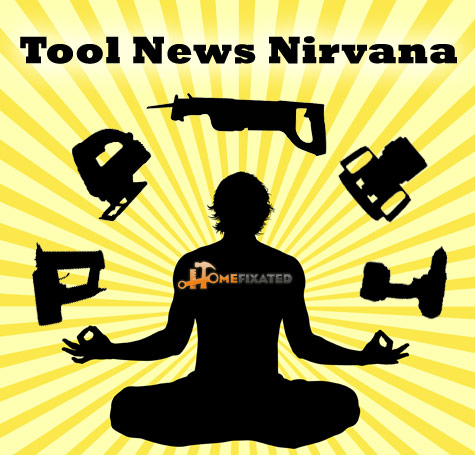 This edition of Tool News Nirvana might as well be considered a mega-edition. That’s partly due to a lot of new tool news, but mostly due to me not publishing Tool News Nirvana as often as I probably should. We’ve got news from every corner of the tool world, so read on!

Lowes Gets Its Power Tool On 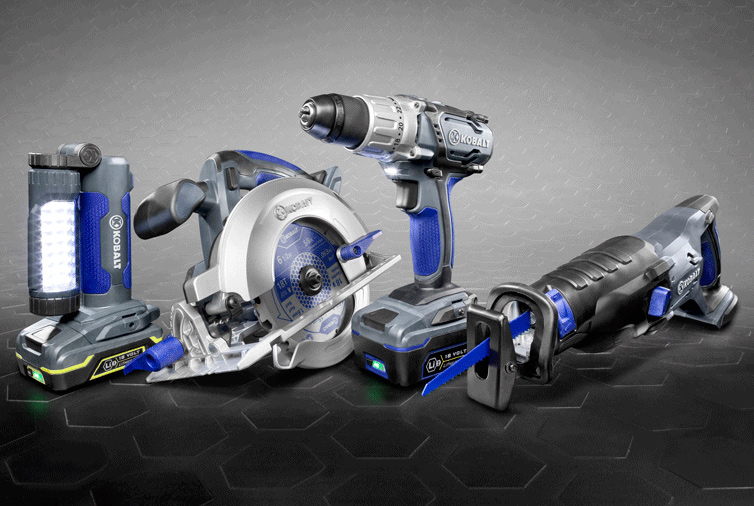 I just returned from a trip to New York City sponsored by Lowes. They gathered an elite group of tool and home improvement bloggers together (I bribed my way in with promises to disclose Home Depot trade secrets. . . not really), to check out their new foray into a line of power tools. If you didn’t catch it last week, check out HomeFixated’s full coverage on the new Kobalt Power Tools line, plus some bonus non-power tool coverage as well.

Home Depot Gets Hip to the Internets

Not to be eclipsed by Lowes, Home Depot has some news of its own. Rumors of the potential importance of the Internet have persisted and apparently Home Depot is listening. But rather than just relying on people be willing to wait (and pay) for shipping, Home Depot has wisely added an in-store pickup option. It’s something we reported on as they were just starting to roll it out, but now it’s official (and available at “most stores nationally”). Buy Online, Pick Up in Store. Now available at a Home Depot Near You! .

Oh, and don’t forget to check out our article on killer deals and Home Depot Coupons so you can maximize your online savings. 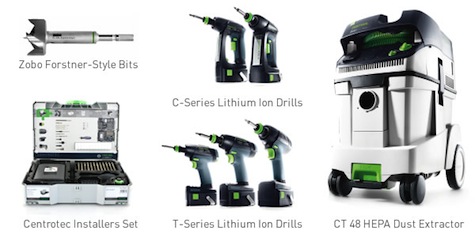 Senco Continues Expansion of Its Cord and Fuel-Free Fusion Line 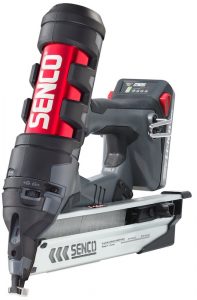 Senco is adding not one but two 16 Gauge Models to its Fusion Cordless Pneumatic Line. Powered by the revolutionary self-contained compressed air cylinder, the new F-16 drives up to 500 nails per full battery charge. Depending on your preferences, you can get it in a straight (Model F-16S) or a 20-degree angled version (Model F-16A). The kit comes with one battery, a charger and a canvas carrying case. Like the Senco Fusion F-15 and Fusion F-18, the F-16 delivers an instant trigger response and eliminates the hassle (and smell) of fuel cells. It weighs in at a spritely six pounds. Secret sources close to Senco tell us the tool is expected to be available in November at a suggested retail price of $399. Today is also the last day to enter for a chance to win a Free Senco Fusion F-18.

Porter Cable Tool Release-O-Rama
Porter Cable mounted an all-out media assault on our inbox with a whole wheelbarrow full of new tool release announcements. So many in fact, that we crammed them all together in this collage to see if you can figure out which one is which. 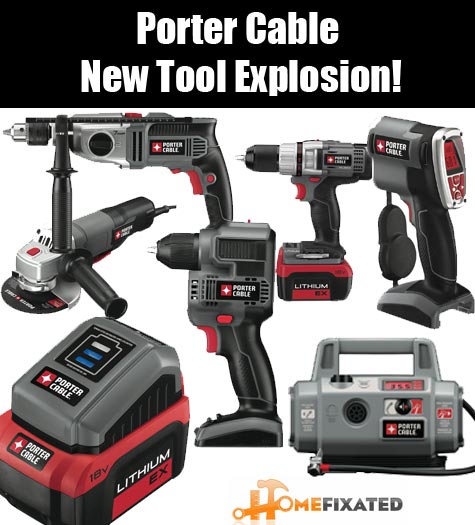 18 V Battery Status Indicator – PCC580B
We prefer on-board fuel gauges, but this will tell you how much juice you’ve got too.

18 V Close Quarter Drill – PCC520B
Looks like its out of the sci-fi channel. Handy for up close drilling or dispatching aliens.

Small Angle Grinder/Cut-Off Tool – PC60TPAG
One of the lightest on the market.

Most of these are or will shortly be available on Amazon.com, Lowes.com and your favorite Porter Cable dealer like our sponsor TylerTool.com.


New Bosch sandwich Tuckpointing diamond blades promise to deliver longevity and speed. According to Bosch, “Every brick or stone building in North America will meet the tuckpointer at some point to cut, clean and repair old mortar.” That sounds like a good market to be in then!

By combining tall segments and a superior diamond/metal mix with an ultra-efficient and fast sandwich-blade design, Bosch has created long-lasting tuckpointing blades that are designed to grind more surface area than competitive blades. The addition of 4-1/2″ and 5″ diameter sandwich blades gives the company a broad offering for use in hand-held grinders.

Bosch also released their 12v Max PS90 inspection camera about a week ago. It has a slender cable and compact 17mm head for sneaking into those hard to access places you need an inspection cam for in the first place.

Milwaukee intro’d what they say is the most powerful 1/2” hammer drill in its class. It sports an 8 amp motor and delivers 0-2,800 RPMs and 0-48,000 BPMs. It’s backed by Milwaukee’s heavy duty five year warranty. Keep your eye on our sponsors Ohio Power Tool and Tyler Tool if and when you’re ready to buy. 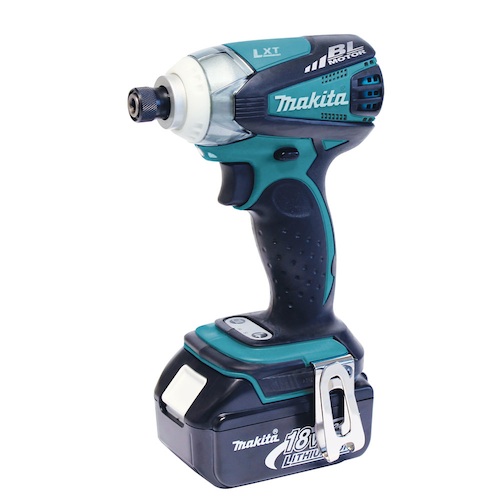 The LXDT01’s 3-speed power selection switch can deliver soft, medium and hard impact settings depending on how much aggression you’re feeling (or what type of fastener you’re working with). From little screws to lag bolts, this impact driver has settings you can dial-in to handle it all.


The new Makita 18v LXSF01 combines the power of a corded drywall screwdriver with the convenience of a cordless tool. Ideal for hanging sheetrock, metal framing, installing subfloors, backerboard, and decking applications. If you’re driving a lot of screws and don’t want to be tripping over the cord that comes with most screw guns, check out the LXSF01.

The LXSF01 is engineered with a Makita-built motor (0-4,000 RPM), with an adjustable nose piece for consistent screw depth. The ergonomically-designed rubberized pistol grip with large 2-finger trigger delivers increased comfort. The LXSF01 has a compact design at only 11-1/8” long and 3.8 lbs. for reduced operator fatigue. Additional convenience features include a reversible belt clip that attaches to either side of the tool, and an L.E.D. light to illuminate the work surface.

Little Giant Extreme Ladder
OK, so maybe the marketing on this one is a little over the top, but the new Little Giant Extreme incorporates some of the features we really liked from the Little Giant Select Step Ladder. We also love the fact that Little Giant isn’t just content to crank out ladders that look and function like everyone else’s models. . . they innovate. Brace yourself for this high energy video: