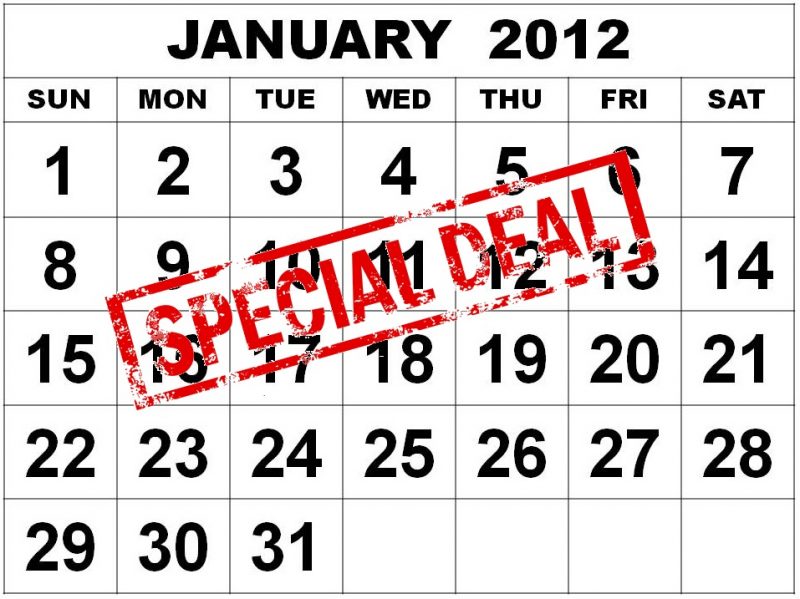 In a lot of ways, the first winter months are like Tuesdays; you tend not to have “wild Tuesday nights” where you go out and get crazy and spend a lot of money. Tuesday has typically been the slowest day of the week when it comes to leisure spending, which is why restaurants and movie theaters often have Tuesday specials to lure you out. January and February are similar; people blew their budgets and waistlines over the holidays and spend the first few months of the year recovering, being a little more sensible and paying back credit card debt. (Well, that’s the theory, anyway.) And it’s for that reason that some of the best deals in home improvement, home furnishings and tools can often be found across the board in these months-of-the-doldrums; retailers are just dying for you to part with your dough again. Care to know what’s for sale this season? Here’s our list!

We turned to Lifehacker’s The Best Time To Buy Anything in 2012 for the scoop. Here are some items specific to around-the-home improvements:

Have you found any great deals this winter? Let us know in the comments!