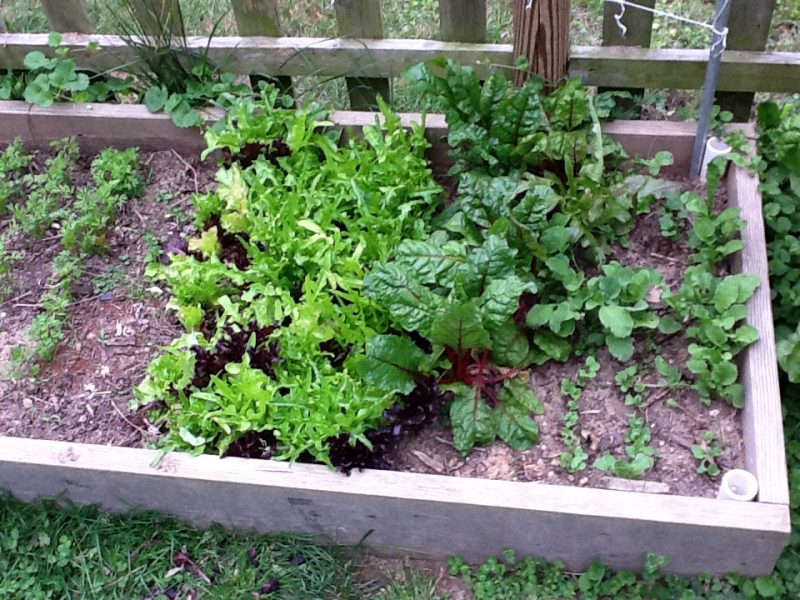 Mea culpa, mea culpa. If you read and followed my recommendation on starting cole crops early, I apologize. This rather odd winter made for tough growing and possibly some bad timing, depending on what part of the country you’re in. I know that all my first round of starts died as did the seeds I directly seeded on a day that was over 50°F (average for time). Shortly after that beautiful day we had a hard freeze and the high wasn’t much more than 30°F. This was followed by a week of warm weather and then winter storm Virgil and two inches or more of snow. It has not been a good year for starting plants early. Given mother nature’s fickle nature this Spring, I thought it would be important to share with you three ways to keep you plants warm in what I hope will be the last of these tumultuous spring days.

If you followed my previous tips to build a simple hoop house, then you may not even need this advice. Hoop house or not, the following three techniques could be handy when there’s still a chill in the air. Now that temperatures will stay above the freezing mark (hopefully), these tips could still benefit your young plants.

Using straw has several benefits to plants not including their insulative properties. For example, straw can increase the carbon stock in the soil as it breaks down. Straw also retains water around the plant allowing you to water less frequently. Straw is a pretty common staple in many gardens because of its benefits to plants. However, one of the most beneficial attributes of using straw in the garden includes its ability to hold and trap air and thus heat. Because straw is pithy, a layer of straw on your garden bed will have innumerable air pockets. These air pockets act as insulation and keep the plants warmer longer and can help your plants to thrive until the days are consistently warmer.

To use straw in the garden start with a bale or a portion of the bale and begin by pulling the batts apart. Spread the loose straw around the plants or on the garden bed. You’ll want a good two to three inch layer of unpacked straw. Be sure not to pack it though since compaction will only make it harder for the plants to grow and reduces air pockets.

Cloche means bell in French and can save your young plants. The cloche was historically used in Europe as a means of protecting plants from drastic weather changes. These cloches and higher end versions today are made of glass. They work like many greenhouses over small plants. This reduces the amount of air space that must be heated and regulated. The cloche is placed over top the plant and pushed down into the soil about an inch or so to give it stability. Not only do cloches protect plants but they also can give a bit of class and style to your garden. Just don’t go too cloche crazy or you can go from classy to trashy pretty quickly.

Of course, a couple dozen glass bells can get expensive, not to mention that you have to store them somewhere when they’re not in use. But, you’re in luck! You can make your own cloches cheap while recycling a common container. The top half of a two liter bottle of soda is a perfect cloche shape. Start by removing the label and then cut the bottle in half and voila, a cloche! Sure it’s not as fancy as a glass cloche, but it will stack and store better and is a lot cheaper. Plus, by using the bottle you can regulate the temperature inside the cloche on warmer days by removing the cap.

Cold frames are the next level of plant insulation. The concept of a cold frame is somewhere between a small hoop house and a greenhouse. The cold frame is a small structure with a glass top that is often hinged. Like so many things in the home and DIY world, you can go as big and bad or as simple and sweet as you want to. For example, you can have a raised bed-type box on a southern exposure that has an angled top and a custom built glass top. You can also buy kits starting at around the $50 mark upwards of $300. Or, you can make your own with varying degrees of involvement. The simplest version can be done using old window panes and laying them over the raised bed. This will still insulate the bed and magnify the solar radiation, just be sure to do it over the full length of the bed.

If you’re not using a raised bed you can still build a cold frame either right in the garden or near the garden for early starts. Ideally, you’ll want the glass panes angled in conjunction with the solar angle to maximize the solar radiation. You’ll also want to have the glass pane hinged so that you can regulate the temperature inside the frame.

You can integrate all three of these ideas or any combination of them to give your plants the best chance of survival and to get the most out of your garden.