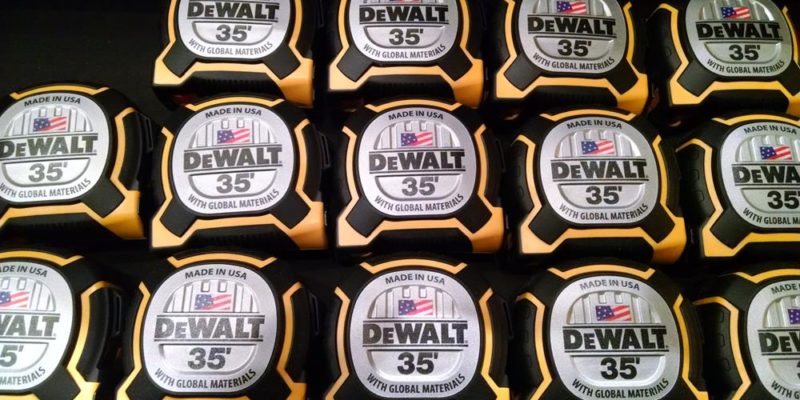 This year’s theme was “Tough in the South” as DeWalt showed off their new tools and accessories at the Bridgestone Arena in downtown Nashville. The event was tied in with a professional bull riding event we attended later at the arena, so apparently the tough in the name wasn’t referring to us. Throughout the day dozens of new products charged out of the gate, and despite the short attention span of tool journalists, we were able to stay on them all for more than eight seconds.

Leading the charge were tech tools that serve to connect construction pros to their tools and building plans, providing asset management and communications from the office to the site to anywhere in between. New adapters that snap onto a tool’s battery port serve to make almost any 20v Max tool part of the brand’s Bluetooth-connected system. The next generation of some tools will have tracking and monitoring electronics built in, but these adapters allow over 100 of the 125 or so existing tools in the voltage platform to be attached to DeWalt’s Tool Connect system now. The adapters will add a little bulk to the size of the tool, and in some cases may affect the tool’s balance by moving the mass of the battery pack away from its original position.

The existing Bluetooth-connected battery packs could be used to serve that function before, but unlike the batteries, the adapters snap in for good and aren’t designed to be removable by the user. Now the Bluetooth battery pack’s job is only to keep track of itself, not a tool it may or may not be with. There are also tracking “tags” that can be secured to tools, equipment, or other objects that you want to keep track of with DeWalt’s Bluetooth-enabled Tool Connect system.

DeWalt’s other new tech solution is a job site-tough Wi-Fi access point to help builders stay connected to paperless plans and drawings. With one unit connected to an ethernet cable from your existing service provider, it can broadcast to other hubs spread around a large jobsite with a range of about 10,000 square feet each. And the network is designed to be self–healing if one of the devices loses power. 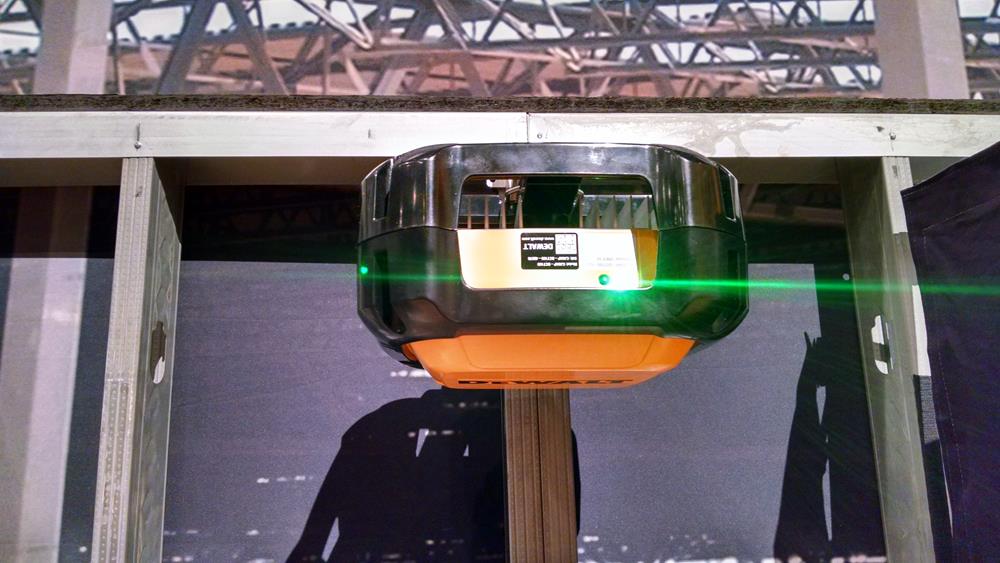 Power-hungry data transmission keeps these hubs connected to AC power for now, but here’s hoping DeWalt will be able to use their power tool battery packs someday to aid in their portable installation. Each unit comes will a wall mounting bracket to keep it out of harms way, but the IP67 rating means it’s fairly durable against dust and moisture hazards. 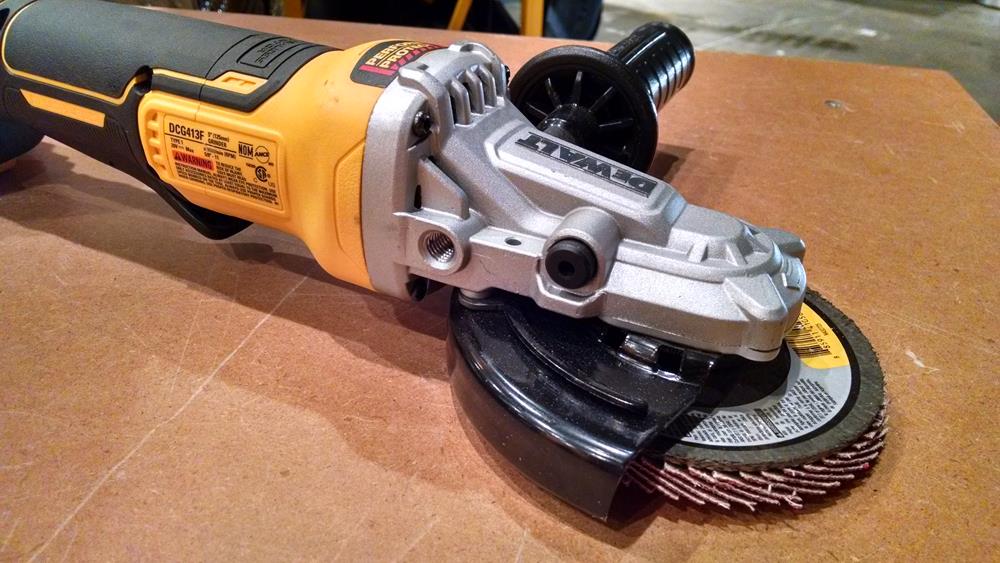 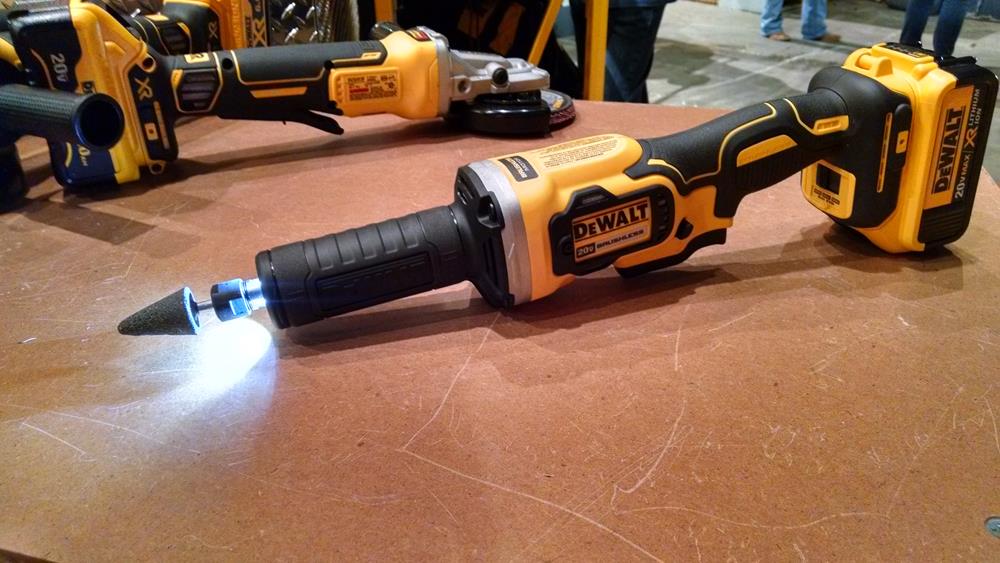 And this leads to my coveted “coolest thing at the show” award which goes to DeWalt’s new 60-volt Max Flexvolt circular saw. This left–blade, rear–handle saw fulfills the need for users who prefer an inline design. At first try, the saw feels super powerful with 2,400 watts output power. The brand’s 60-volt Max sidewinder saw is rated at 1,600 watts and is already one of the most powerful circ saws I’ve used.

DeWalt’s new 60-volt Max Flexvolt mud mixer features 5 speeds (with the rpms listed on the tool for quick reference) and seals its battery pack behind a hatch designed to keep dust and water out.

Wire insulation stripper that surgically peels back the insulation on thick cables to a set length up to four inches. The low rpm motor makes this purpose–built 20-volt Max tool superior to a stripping attachment chucked into a drill that often makes a mess of the job if run too fast, according to DeWalt.

DeWalt’s new 20-volt Max drain-clearing snake works with various lengths of common diameters of auger cables. The drum remains stationary in use so it doesn’t bang up its surroundings or the user.

There weren’t a lot of accessories shown, but the one that caught my attention was the, two–in–one, snap-off recip saw blade for metal cutting. When cutting hollow metal forms, most of the wear is concentrated a narrow zone of a blade’s teeth. After wearing out those areas, the new Breakaway blades can be snapped in two for longer cutting life. The 6-inch version snaps into two 4-inch blades, while the 9-inch makes two 6-inch blades.

DeWalt is geared up for next month’s implementation of the stricter OSHA standard regulating exposure to crystalline silica (e.g. concrete and masonry dust) with a variety of hardware solutions for drilling, cutting, and grinding. Providing tools with assured Table 1 compliance is the goal of tool manufacturers because it’s generally considered the easier method for workers to follow, and also relies on employers buying new tools and accessories. Chi-Ching!

Make sure you’re subscribed to HomeFixated’s Instagram and Twitter accounts for more coverage and photos from this and future tool events!