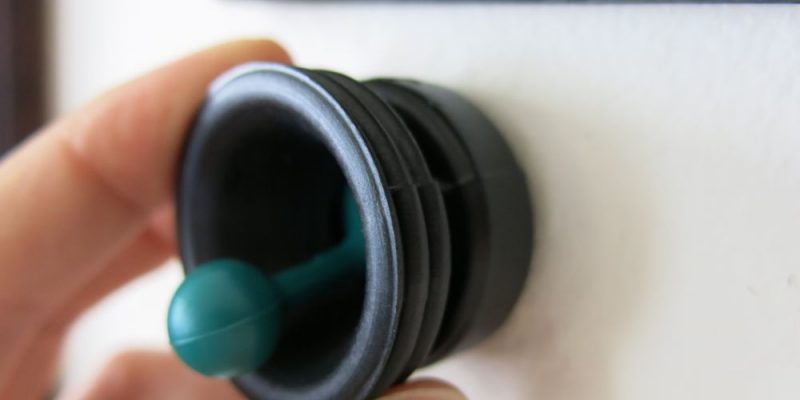 The words “stud” and “pop” aren’t a word combination you’d typically expect to find on a tool and construction site like HomeFixated. What you are likely to find on a site like ours are reviews on useful stud finder products, and that’s just what the new StudPop claims to be. Over the years we’ve had very mixed results with electronic stud finders. Although useful in certain situations, many electronic stud finders seem prone to inconsistent performance. We did have a favorable experience with the Franklin Stud Finder, but even so, when its time to find studs on the thick plaster walls in our house, my go-to tool is a magnetic stud finder. StudPop has put a whole new spin on stud finding. . . read on to see if you should have one handy in your tool arsenal.

I’ve been a big fan of the Stud4Sure magnetic stud finder from CH Hanson, so it’s the standard by which we’ll compare the StudPop. There are quite a few magnetic stud finders on the market, with various degrees of refinement. All of them work under the simple concept of a magnet-sensing the head of a screw or nail in your plaster or drywall. In most cases, that nail or screw you find is in a stud. You can typically verify this by using the stud finder to find more nails or screws directly above and below your initial find, as well as 16″ to the side. We’ve found this to be much more reliable than the not uncommon surprise of drilling into air where an electronic stud finder claimed a stud was located. With some of the junkier electronic stud finders on the market, you can still wind up with a wall that looks like swiss cheese before you finally hit that evasive stud, not much better than the knock, drill and pray method.


What makes the StudPop unique in the world of stud finders is its clever audio and visual detection indicator. You glide the StudPop over the wall and when it detects a fastener, the plastic toggle “pops” into the center of the device. You get both a visual indicator (the little plunger moving) and a popping sound (which varies in intensity). No batteries required! By contrast the Stud4Sure requires you to feel the magnetic resistance as you pass over a screw or nail. Which detection is better? The Stud4Sure has two magnets that are noticeably more powerful than the StudPop, so it’s not terribly hard to feel when its detecting something. In fact, the magnets in the Stud4Sure are so strong that you can leave the tool hanging on the wall, conveniently indicating the stud location. Despite those differences, I really like the StudPop’s audio and visual detection.

The StudPop claims to find fasteners up to 1/2″ deep, and we found that claim to be pretty accurate. That’s deep enough to notice fasteners in most walls, but if you happen to have exceptionally thick wall finish (a zombie-apocalypse-resistant bunker?), the StudPop might fall short. Our walls are all plaster (not drywall) and the StudPop was able to find the same nails that the Stud4Sure did, although some of the indications on the StudPop became more subtle on deeper-set nails. If you’re detecting over typical drywall, the StudPop should find all the drywall screws like a champ.

One issue common to many of the magnetic stud finders is the potential to scratch your walls as you slide the stud finder across them. The StudPop is no exception. Although its light plastic base glides fairly effectively, if you’re using it on a textured wall, particularly a skip-troweled plaster finish like ours, expect the base to acquire a few scratches. Those scratches in turn make it more likely to scratch your paint or finish. StudPop recommends a little scotch tape to prevent this, however we’d ideally like to see a more scratch resistant material used on the stud finder itself. 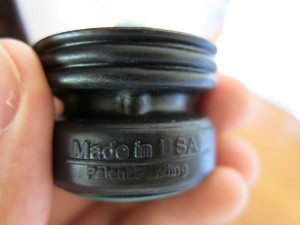 While I was happy to see the StudPop is made in the USA, I have to say tool quality is probably the weak point in an otherwise great little stud finder. Other than the magnet, the StudPop appears entirely made of plastic. The samples StudPop sent us even arrived with a smell best described as fresh spray paint. This isn’t the kind of tool that you’re likely to hold in your hand and admire its heft and production quality.

The StudPop currently comes in a rainbow of colors which, according to their website, they eventually plan to narrow down. For now, you get whatever color they send you, which in my mind defeats the purpose of having multiple colors to begin with. From a branding standpoint, I think StudPop should pick a nice high-vis color for the plunger, black for the body, and maybe a scratch-resistant, no-mar white material for the slider base.

While the round design of the StudPop makes it easy to hold and slide around a wall, it also makes it a bit trickier to pinpoint the precise stud location on a wall. With a more linear design like the Stud4Sure, you’re able to get a better visual reference on where exactly the center of your stud is likely to be.

Despite some minor nitpicks on build quality and aesthetics, it’s hard to go wrong with a stud finder that costs under $10 and actually works reliably. StudPop’s audio and visual indicators also make it very user-friendly tool. If I had to recommend one stud finder, it would likely still be the Stud4Sure which comes in at the same price point as the StudPop, with the advantage of stronger magnets, better build quality, and a linear design that actually sticks to the wall when a fastener is found. But, if you don’t want to have to “feel” when a fastener is detected, the StudPop is another effective stud finder option. Regardless of which model you have, no homeowner or remodeler should be without a reliable stud finder. . . they are indispensable tools.

You can find all three stud finders mentioned in this article on Amazon: